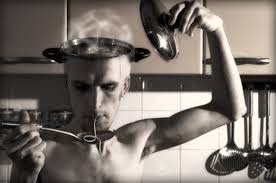 Another day in the insane asylum called home. I was given the opportunity to live yet one more day, hooray.  I had been playing in my room when I had to go number two, do you remember when we used refer to going to the bathroom that way?  We were still living at 815 Balboa Street in San Francisco, California and the man who is meant to be my father but apparently is not was still living there too.  He is actually a very cruel kind of guy.  He never passed up an opportunity to do what he considered to be "oh so funny" to him.  It is as if he had a sick radar working overtime in his brain.  He thinks that he is so clever that no one ever gets the inside joke that he is constantly playing on everyone all of the time.  Sadly, some of us in life were deemed to never miss that lane of traffic with him.  I seemed to actually be the inside joke.

I had just gone into the small room that only has a toilet in it, later to be called the "water closet."  I got myself up onto the pot and began what most of us usually do, started pushing with all my might.  I had to have been around the age of three because this was still quiet the feat for me and he was still living in the house.  Going to the bathroom at this point  was just like trying to open the refrigerator downstairs. No matter how hard I tried to open it to get something to eat, I couldn't.  I would pull and pull, the door just wouldn't budge.

Anyhow, I was upstairs and you here this, "Karen, Karen come quickly its Santa Claus."  I was so excited, I pushed and pushed and I was not getting even close to being done.  He (The Father guy) says, "Ho, Ho, Ho, How are you, Mr. Placek, have you been a good boy this year?", all in a Santa voice of course and very believable to a girl my age.  He answered in his regular voice and then proceeded to tell him (Santa Claus) that there was a little girl upstairs that would love to see him.  The exchange went back and forth at the front door and the conversation went as you probably can imagine it did.  I was so convinced that it was Santa and so excited because I was going to finally get to meet him, just like I had been promised.

I finally finished up on the toilet and once I got myself all cleaned up, panties pulled up tight, I ran down stairs as fast as I could.  Just as I made the corner of the stairs the front door was closing and then "thunk" went the final slam.  I said, "I'm here, I'm here," my father turned and said to me "Oh, I'm sorry but Santa is very busy and he had to go, but we talked and talked forever, he is everything you imagined. Why didn't you come down (he knew I was on the pot) you should have come sooner, you missed the entire thing. He is never coming back."  I was devastated for a fraction of a second then ...  I just stared at this man that was meant to be father and the hate I felt for him as he laughed about me missing Santa Claus because I was on the pot, boiled me over top. I stared even harder and said to myself, "This man is not my Dad. I don't have a Dad."  I have never looked at much of anything the same since that day. So much came to me so quickly it was an over load. It was almost like concrete as it began to set-up in my brain.  The laughter was the concrete still in the concrete bag, the words were the water you add to make the mix.  The body language was the shovel that you stir it all up in the wheel barrel with and the flagrant disregard for human life was the pour that you make a sidewalk with that lead to the next dissappointment you would experience with this man.  He just finished for the last time the torture of my life by making me remember something dreadful, cruel and extremely damaging to my mind on that day. It was all how he drove off from a National Park in Marin County leaving me all alone as night began to fall.  He had his head thrown back, his hands on the wheel, sitting in the drivers seat, and he was laughing so loudly it could be heard very clearly, almost echoing through this empty, abandoned parking lot. Just as the station wagon pulled up the hill and was turning towards the left he gave a big huge laugh that could be heard oh so clearly, as the window was rolled down and his elbow was resting on the door itself.  He had driven away from the parking spot that I had just make it back too.  I was running as fast as I could so that I would not be left again. I sobbed in the silence of myself, devastated, it was my birthday that day and I said so quietly,  "Please don't leave me behind."   He did it anyway thinking that it was so funny to do to me, all just to see what I would do.

It is happening again, he is doing this to me again, it's him, I know that it's him....

I was stopped on the staircase staring at him thinking, "He is lying to me."  Santa never came to the front door. Its not even Christmas anymore. I thought for a moment more and as he turned away from me laughing, he threw his head back yet again and this very loud, audible chortle rose from his belly and erupted out of his mouth.  I stood and watched in horror.

I realized for the very first time, just as the puzzle pieces were all falling into place in my mind.

It's him, I know its him doing this to me.


"He is the one that is putting the pillow over my face at night when I take a nap during the day under my bed."

Wait! He's doing this when I am in my bed, trying to sleep. He is suffocating me just like my brother does at night.  I quaked within my little girl self, thinking that's why I can't see him coming, I hear the laughter but I never see the person until its to late to move out of the way. To get under my bed and hide, so it looks like I'm not there because he doesn't see either.  He is just heading for bed where my head is meant to be. Thats why sometimes I can get away and other times I can't.  He is doing this to me with the pillow up in front of his face the entire time, he is blind and doesn't know where I have gone and when he abruptly puts that pillow down where my head was he misses me, that's when he gets angry. And it struck right then and there, he is bringing a pillow from somewhere else, holding in front of his face as he enters my room and moves towards me.  I am either just opening my eyes because of that chortle I hear or I don't even have a chance because the pillow now has me flattened on the bed.  I struggle and kick and scream and kick and then it all stops again. I'm standing at the door of my room, looking back at my bed and there am again, just lying there with a pillow over my head. This a nightmare, this is my life, this is my family. Why?

Oh my god, this is what has been happening to me this entire time, I have finally figured it out. No wonder I am terrified all the time. Oh my God! It's really them, they really did try and try to eliminate my life.  Oh my god, its happened upstairs too. I couldn't figure that out.  How was down in the basement and up in my room.  Those bastards ended up making my nightmare everywhere.

It's him, it is in the laugh I have never forgotten. A victim? A victim of what? Who? A victim of Infanticide, what's that? I asked.

I am a good person.
I am a conscientious human being.
I am a vibrant woman.
I have freedom to choose.
I can remember who is who.
Do You?

Conviction of Mind will often find,
memories spare the simple kind.
Stood up too and walked onto,
A Bridge of Life,
with you.

If you are a victim, then how are you a survivor?  It almost seems contridictory to one another.  I am so frustrated that I belong to this family.  They have been so cruel, I'm a victim of that too.
at June 26, 2011 No comments:
Labels: 1st Single, A Stitch in Time, An Independent Mind, B.D.S.M Require, B.D.S.M., Discovery, Knot Logic, Know Decision, Life, The Secret of the Universe is Choice, Thoughts, Writing
Newer Posts Older Posts Home
Subscribe to: Posts (Atom)