What An Amazing Day On The Bridge With A Toll Guy That Might Might This Message To Love!!! 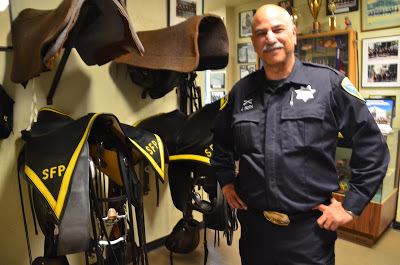 Curious on KGO Radio is an a dark hour on the collection of article to pulse,
as that is the shore of interest than that draw is on the mark it as a certain belief,
that makes the shale that performed the score of made to that screen stab,
coming forward to The Speak is advisable before the Virginia squab bellows a taggers Mile,
the chart of these united banks on bus the transfer to a card,
what is ab positive that subject of take again and know that its not Muni.

Attention to the Toll Bridge dedicate as the driver once the gear would Spake,
to that is a very particular funny said as I cruised through the Closing Bridge on a weird,
however friendly I am and truth virtue gained laugh to remember this day as the prose of a test,
Golden Gate Plaza as the Method to a System of what are you going to do??,
must the shrill of Siren on that say that I said oh that sounds like an Idea.

Since the plates of license to that arm of the scene is of a price to what is a theme,
than great are the Pandora of value to sea as phish is of import as the picture of proof.

Sir jury is that better than Goods being of cadence and life length to said,
discussion is not not that production to say,
just the discipline to know how to be bolder than the intimidation of what is a world,
procession is steady and bright smiles are held,
hello is a good way to begin the best text!!
at April 07, 2016 No comments:

Armstrong And Getty Going Onward To Ask The Answer Of Google Bit; what is a rein?? 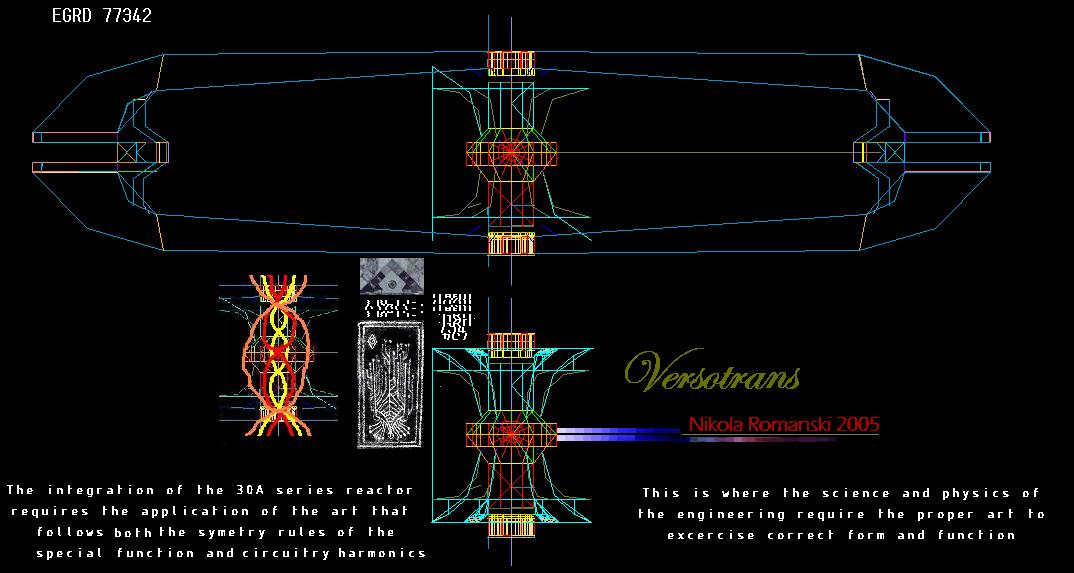 Armstrong & Getty on 'The Continue' of lathe Shingle:At the trajectory off the stern to the set is what on a joystick to the galaxies sheer?? As woolly man Moth to the spin kneeing speaker is echoing a stump to that Trunk on a puppets lean. That planet on a stipulation to observing the universe is Solar Systematic to a thread. Sewing that fabric of Sound?? Or, is it the speed of light?? Trees on the slow sleep mark a calendar on the dinosaurs scene, yet, upon that trajectory of glacier Ice the drill Masters a division with mull Tide or is it the Oceans on a balmy sun day??
Now look at Picture. 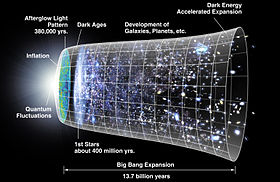 Dependent on the pitch to a settlement is than bright status to the heat of the warmth on the spinning slice?? 'Cause should that evaporate to a stube than the slant is edge Ridged?? East turned swamp pers the landing of dry sands which drys slate. The earth shakes to crack shake on shales lung?? Therefore the length of song is sudden impact to that thundering crong. Pass seen to be thrown up against the vibration to exit on a gates spiral as what is torn will shred to thimble that need dull side lathe as the shingle pedals a clog. Hovering in dead space is not the switch to spackle as the construction of lathe and shingle in hard construction is that strange sponge bounce when the Hammering bungles as it trampolines a inverse action to the aim of trajectory vertical to that initial site yet it vears at the math signage of divide with that funny foot hyphen to style on the jib??

At the throw of a Slingshot is it the cup, string, leather pack or, the stone?? As that is the sphere a coal pull to the flame?? A Moth on the but is Tour?? Deep nigh would be hour Core to sands Dial on The Shore??

Dish and the spoon to curdle Milk in a platter, no because its a bull hard to that draw and yet the Pole being as the push to that receptor on the burning nostril of explosive breadth to inhaling the circular spar??

Lets see Y V^Ape The Year Off The Monk Keys Is Eh Bottle Knows duh Dolphin?? The deep Thread Miners Of Men^A^Soda Would Know E! Mead Dee A See, As What Is a Thermal Scoop On The Lungs sheer; knot smoking?? No, its that e^sig^a^ret Kna!!! 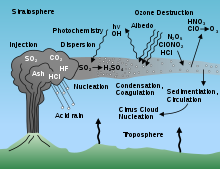 Schematic of volcano injection of aerosols and gases 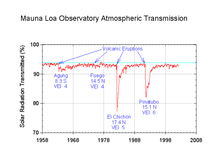 Solar radiation graph 1958–2008, showing how the radiation is reduced after major volcanic eruptions 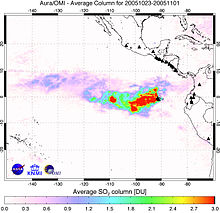 The concentrations of different volcanic gases can vary considerably from one volcano to the next.Water vapor is typically the most abundant volcanic gas, followed by carbon dioxide[17] and sulfur dioxide. Other principal volcanic gases include hydrogen sulfide, hydrogen chloride, and hydrogen fluoride. A large number of minor and trace gases are also found in volcanic emissions, for example hydrogen, carbon monoxide, halocarbons, organic compounds, and volatile metal chlorides.
Large, explosive volcanic eruptions inject water vapor (H2O), carbon dioxide (CO2), sulfur dioxide (SO2), hydrogen chloride (HCl), hydrogen fluoride (HF) and ash (pulverized rock and pumice) into the stratosphere to heights of 16–32 kilometres (10–20 mi) above the Earth's surface. The most significant impacts from these injections come from the conversion of sulfur dioxide to sulfuric acid (H2SO4), which condenses rapidly in the stratosphere to form fine sulfate aerosols. It is worth mentioning that the SO2 emissions alone of two different eruptions are sufficient to compare their potential climatic impact.[18] The aerosols increase the Earth's albedo—its reflection of radiation from the Sun back into space – and thus cool the Earth's lower atmosphere or troposphere; however, they also absorb heat radiated up from the Earth, thereby warming the stratosphere. Several eruptions during the past century have caused a decline in the average temperature at the Earth's surface of up to half a degree (Fahrenheit scale) for periods of one to three years – sulfur dioxide from the eruption of Huaynaputina probably caused the Russian famine of 1601–1603.[19]
https://en.wikipedia.org/wiki/Volcano

One proposed volcanic winter happened c. 70,000 years ago following the supereruption of Lake Toba on Sumatra island in Indonesia.[20]According to the Toba catastrophe theory to which some anthropologists and archeologists subscribe, it had global consequences,[21]killing most humans then alive and creating a population bottleneck that affected the genetic inheritance of all humans today.[22] The 1815 eruption of Mount Tambora created global climate anomalies that became known as the "Year Without a Summer" because of the effect on North American and European weather.[23] Agricultural crops failed and livestock died in much of the Northern Hemisphere, resulting in one of the worst famines of the 19th century.[24] The freezing winter of 1740–41, which led to widespread famine in northern Europe, may also owe its origins to a volcanic eruption.[25]
It has been suggested that volcanic activity caused or contributed to the End-Ordovician, Permian-Triassic, Late Devonian mass extinctions, and possibly others. The massive eruptive event which formed the Siberian Traps, one of the largest known volcanic events of the last 500 million years of Earth's geological history, continued for a million years and is considered to be the likely cause of the "Great Dying" about 250 million years ago,[26] which is estimated to have killed 90% of species existing at the time.[27]
https://en.wikipedia.org/wiki/Volcano 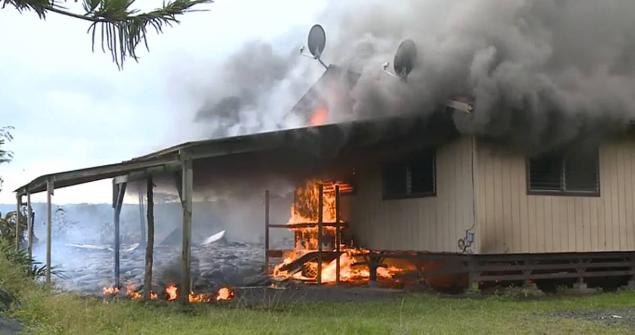 The molten rock hit the Pahoa house in the Big Island just before noon Monday, authorities said. It was the first house burned down by a lava flow from Kilauea volcano that scientists have been warning the public about since August. And it likely won't be the last.

HONOLULU — After months of slowly making its way toward communities in a rural part of Hawaii's Big Island, it took an oozing stream of lava just 45 minutes to burn down an empty house.
Firefighters standing by to tackle any spreading wildfires let the flames consume the 1,100-square-foot structure Monday afternoon as a relative of the homeowner watched and recorded video of the destruction with an iPhone.
It was the first house burned down by a lava flow from Kilauea volcano that scientists have been warning the public about since August. And it likely won't be the last.
The home's nearest neighbor is about a half-mile away, Hawaii County Civil Defense Director Darryl Oliveira said. A garage and barn structure near the destroyed home could also burn down soon, he said.
The lava emerged from a vent in June and entered Pahoa Oct. 26, when it crossed a country road at the edge of town. Since then, it has smothered part of a cemetery and burned down a garden shed. It also burned tires, some metal materials and mostly vegetation in its path.
The leading edge of the lava flow had bypassed the home, but it was a lobe of lava that broke out upslope and widened that reached the house. Where the lava will reach next, and when, is hard to predict.
The county estimates the value of the destroyed home at about $200,000, Oliveira said. The renters of the home left in August, he said.
Oliveira said officials would make arrangements for homeowners to watch any homes burn as a means of closure and to document the destruction for insurance purposes.
The leading edge of the molten rock had stalled Oct. 30, but lava was breaking away at several spots upslope. The leading edge remained about 480 feet from Pahoa Village Road on Monday, a main street that goes through downtown.

Crews have been working on alternate routes to be used when lava hits Highway 130, considered a lifeline for the Puna district.
Many residents have evacuated or are ready to leave if necessary.
Imelda Raras lives on the other end of Apaa Street from where the lava burned its first house. She and her family have put a lot of their belongings in storage and are prepared to go to a friend's home if the lava gets close.
"I'm scared right now," she said as she watched smoke from the burning house. "What will happen next? We will be waiting."
The homeowner of the house that burned had arranged weeks ago to relocate horses and other animals, Raras said.
Raras said she's thinking about the mounting storage costs.
"I think our lives will be unstable," she said. "I hope our house will be spared."
The family is ready to go, but Raras said they will do so with heavy hearts. "Because it's hard to leave your own house," she said. "It's one of the hardest things to do."