Channel 7 In San Franicisco at or On the 6PM News Played the Coolest SlowMotion Video about the Bay Bridge!! Calling All National Geographic for KIDs to Font This Communique to Know^Wing!! 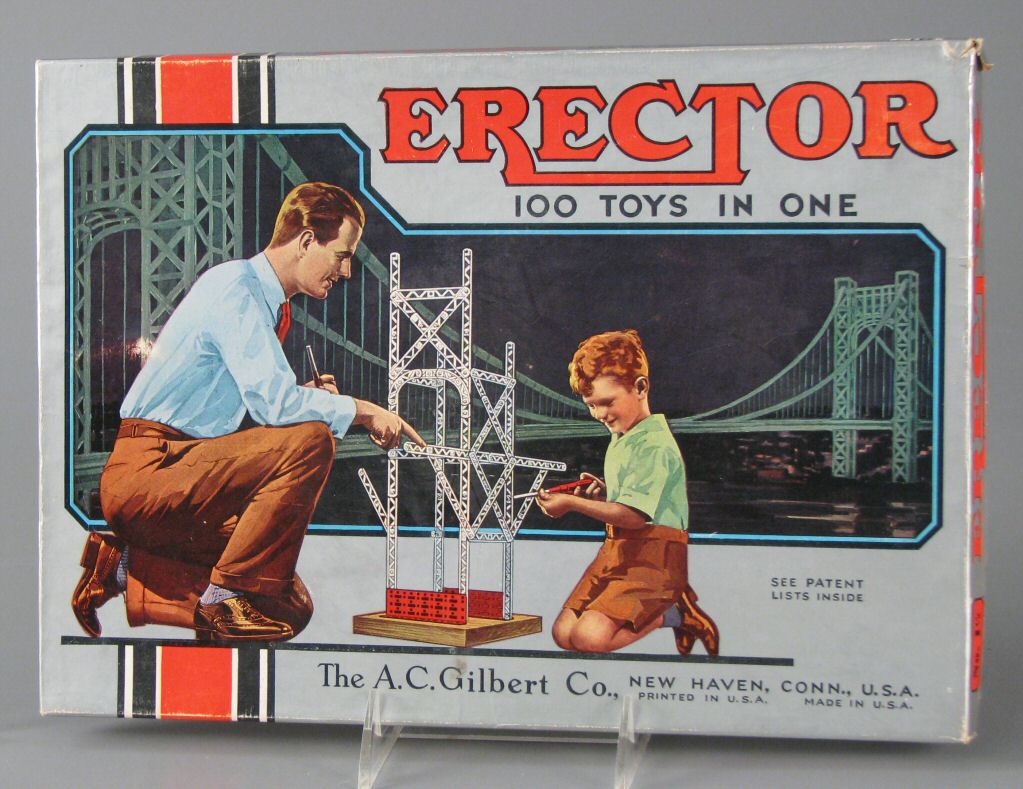 Print advertisement for Erector Set circa 1922 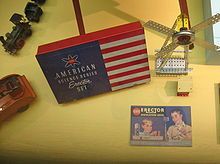 In the Museum of the City of New York
An Erector Set (the trademark has always been "ERECTOR") is a brand of metal toy construction sets, originally patented by Alfred Carlton Gilbert and first sold by his company, The Mysto Manufacturing Company of New Haven, Connecticut in 1913. In 1916, the company was reorganized as the A.C. Gilbert Company. Erector consists of various metal beams with regular holes for assembly using nuts and bolts. Other mechanical parts such as pulleys, gears, wheels, and small electric motors were also part of the system. What distinguishes construction sets like Erector (and its predecessor Meccano), is the ability to build a model, then take it apart and build something else, over and over again. Erector quickly became the most popular construction toy in the United States,[1] most likely because it was the only construction set at the time to contain a motor. Erector was commonly referred to as an Erector Set, though erector set has become somewhat of a generic trademark denoting a variety of construction toys, irrespective of brand. The trademark for ERECTOR is today owned and marketed by Meccano.

The toy was first introduced and sold to the public in 1913 at the Toy Fair held at the Broadway Central Hotel in New York City. Erector was first envisioned by Alfred Carlton Gilbert (A.C. Gilbert) in 1911, as he rode the train from New Haven to New York. This section of track was being electrified and Gilbert watched as steel girders were erected to carry the power lines. This construction is what inspired him to develop the toy.[2] Gilbert was a skilled magician and manufactured magic tricks and magic sets with his existing company the "Mysto Manufacturing Company". The first Erector was made there in 1913. It was called "The Erector / Structural Steel and Electro-Mechanical Builder". It claimed to be "Educational, Instructive and Amusing". In 1914, the name was changed to "The Mysto Erector", "The Toy That Resembles Structural Steel". In 1916, the company was reorganized and became the A.C. Gilbert Company. "Erector" was renamed "Gilbert Erector", "The Toy Like Structural Steel". In 1924, more changes occurred, as the entire Erector system was completely overhauled to include over 70 parts.[3] "Erector" was now called "The New Erector", The Worlds Greatest Toy". Through 1932, "Erector" was sold in wood boxes. From 1933 through 1962 the sets would be sold in colorful boxes made of steel. Early boxes were painted red, green or blue but by the 1950s all set boxes were painted red. Later, as the company grew, the area around the Gilbert factory became known as "ERECTOR SQUARE". Today, the old factory complex of 11 buildings is the home of artist studios, workshops, architectural firms, a yoga studio, theater, brewery and cafe. A.C. Gilbert died in 1961 and the company went into decline. The system was redesigned, adding many plastic parts, but the "clunky" looking models failed to compete with the new, realistic, scale, plastic models coming onto the market. The A.C. Gilbert Company filed bankruptcy in 1967. The Gabriel company of Lancaster, Pennsylvania bought the "Erector" name and continued to market the recently redesigned system. Sales were slow and by the 1980s the trademark "Erector" was acquired by Ideal Toys and then Tyco Toys. "Meccano" (France) has owned the "Erector" brand since the year 2000.
"Erector" is believed by many to have been the subject of the first national advertising campaign in America for a toy. Its great success made it part of American folk culture and the famous company slogan "Hello Boys" is still fondly remembered by many. Its popularity has faded in recent decades in the face of competition from molded plastic construction toys, electronics, and other more modern toys and gadgets.
"Erector" was inducted into the National Toy Hall of Fame at "The Strong" in Rochester, New York, in 1998.
"Erector" sold millions of sets over the years. The most sought after by collectors is the 1931 No. 10 Set, although a larger set, the No.12, was manufactured for a brief time. The No. 12 included the parts to make a parachute jump, modeled after the amusement ride at Coney Island. Touted in advertising of the day as "The Climax of Erector Glory", the No. 10 set weighed in at around 25 pounds.
Current "Erector" sets are actually "Meccano" sets manufactured by Meccano, France and marketed in the United States as "Erector".
An extensive collection of A.C. Gilbert Company scientific and educational children's toys is housed at the Eli Whitney Museum, in Hamden, Connecticut.

In 2002 a movie based on A.C. Gilbert's life called The Man Who Saved Christmas was made for TV. It focused on Gilbert's successful appeal to the Council of National Defenseto reject a proposal to ban toy production in favor of wartime related materials during World War I.

In 1949, an Erector set was used to build the precursor to the modern artificial heart by Drs. William Sewell and William Glenn of the Yale School of Medicine. The external pump successfully bypassed the heart of a dog for more than an hour.
In the 1970s, Claude Shannon constructed a bounce-juggling machine from an Erector set.[4] An Erector Set was used by Dr. Kevorkian to design his first assisted suicidemachine, as seen in the HBO movie, You Don't Know Jack, featuring Al Pacino.
The "Soarin'" attraction at Disneyland Resort's Disney California Adventure in Anaheim, California and Walt Disney World's Epcot near Orlando, Florida was designed with an Erector set.
at April 08, 2016 No comments:

Maul Of The Aging A^Rean^Gnaw!!! 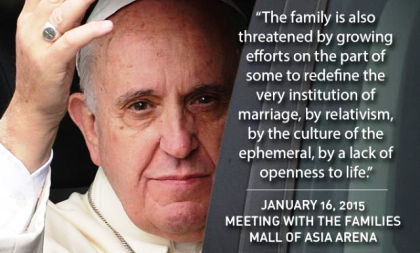 The Pope is Full to the Rim of Political source Sir Read,
as that ease of save Ian is making the parade self disciple,
forward on that is Same-sex Marriage??,
does not the Priest Marry God in their Religion of Collar and hose??,
is the sand^Doll not the ring on the Pheasant the Representative of Suck`d a Phlegm,
choker on the throat to obscure such dialect is Off the Turntables Recorded Today,
April 8th the Year of Calendar by As Tech??,
or is laptop,
or is the Clock a punch of ate For tee Won??
that was AM Radio on the Due Tee Ross stir!!