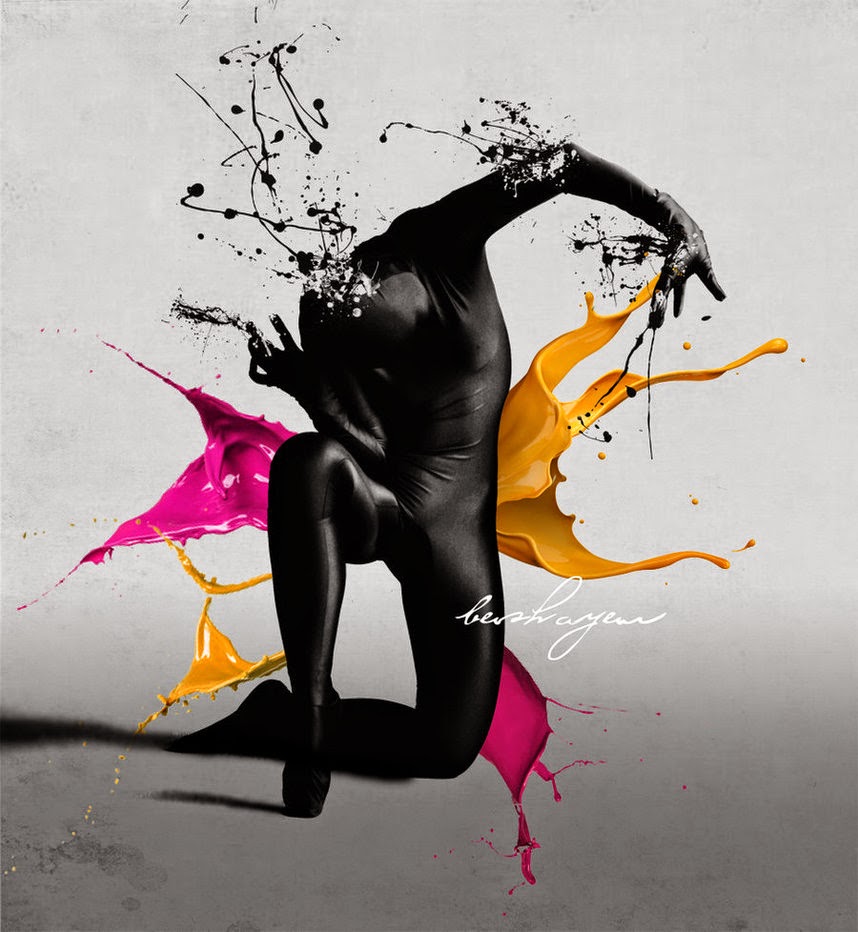 I hope that you never suffer at the hands of a Malignant Narcissistic person. As an F.Y.I. they will never stop the attack on the offspring or the person that attacks back in silent repose.  However, I have developed the natural skills to defend myself. Nature has afforded me this small favor. We are not inept as the offspring of these monsters but rather have evolved in order to survive. We are the next generation, for better or for worse, nature has seen us through successfully. Just as evolution evolves over millions of years, we have progressed naturally in one generation in order to survive, not bad.  Do not dismiss us and do not deny us without reminding yourself first that we are the flesh and blood of monstrous creatures. Nature would not birth us to the very monster without preparing us to be the more intelligent and possibly the more deceitful of the two. This makes much more sense to me than thinking that we are incapable victims of our mothers, fathers, brothers, sisters or step-parents. We are just horribly hurt. We can be wise in our actions before we too step forward with our own judgement on humanity. All be it skewed, it is not for lacking of trying to find and experience all the things that we are told collectively we are missing from ourselves. So while my peers enjoy a day at the beach or a pleasant vacation, I spend my days working through the reality that only a flashback can deliver to you in full. I am healing from the very real and abusive life that I have experienced. Not so I can go to the beach or on a vacation, never acknowledging the horrors of life. I am healing so that I can continue to move forward and move up the ladder of success to become the voice of the innocent. To expose to the public each and every person that never stops to do anything other than for themselves. If we are not here for any other reason than to pleasure our own selves with life, I then accept that gracefully, however I believe that people who think this thought are full of selfishness themselves.  What kind of judgement would you pass on them? I simply announce to whom may be interested, that the pleasure I get out of life is the free writing and the exposure of the person that is selfishly living the life of the lie. I enjoy telling you that I am excited today because I am still alive and did not have to think about the people that have committed suicide over my mother today. I enjoy telling you that I am pleased that I have survived so much and I really enjoy the fact that I can share the "Snuff" I experienced at a very young age that failed in its attempt to take my life.


I will or will not write a book about the terrors of my life, who knows and truthfully, who cares? By blatant disregard every person who reads or has heard my plea is responsible in this life to stop the pain and the strife caused by these monsters. I had one person tell me that I wrote a piece of poetry that has stuck in his head and caused him nightmares. He cannot get me off his mind. I write what comes to mind so that I can work out the anger and rage that I have towards the people that have harmed me and my children thus far. Why be silent anymore. The reason for silence is to protect the lives of others.  I have no one to protect anymore. It is now an open book. Destruction goes both ways in life. Some would say that by writing the wrongs committed against me or my children I am being destructive and vengeful. I don't feel this way, but I accept that opinion as fact. For I feel that lack of remorse, lack of pity, lack of compassion is more destructive to the daughter of a malignant narcissist than any other action can be ever. This is because it makes her mother right in the end. People are not worth your time, nor your care of their existence. When it is put so plainly, it must be like being kicked in the gut, but in truth you have no argument to stand by in this matter called WAR.
at July 18, 2011 No comments:
Labels: 1st Single, A Stitch in Time, An Independent Mind, B.D.S.M Require, B.D.S.M., Discovery, Knot Logic, Know Decision, Life, The Secret of the Universe is Choice, Thoughts, Writing 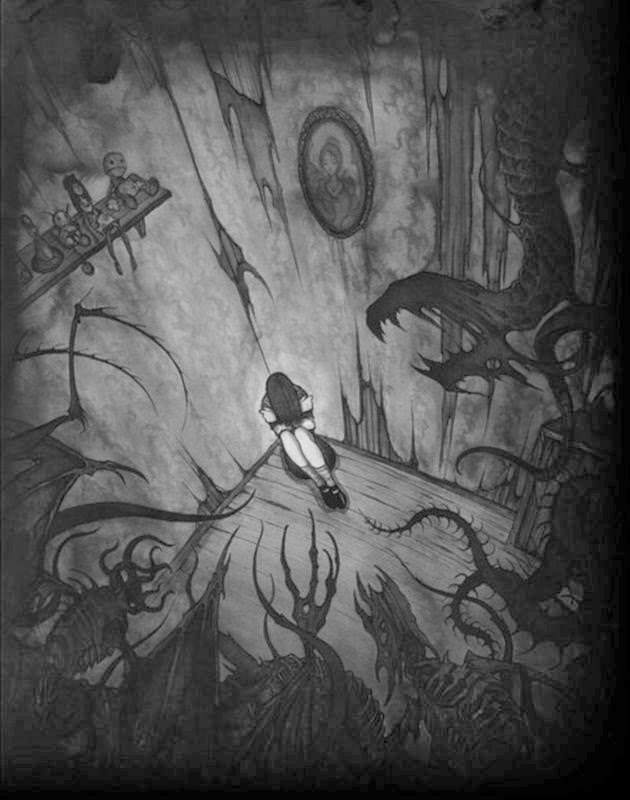 The other day I met with somebody that I knew when I was eight years old.  She told me of this time that we had come back to my house and my step-father was there.  He grabbed me in front of her and took me into the other room where he beat me.  I was being beaten for getting "F's" on my report card from school, she said.

Three years ago I was in San Francisco eating breakfast at Louis out by Seal Rock with my step-father and mother.  My step-father felt compelled to tell me that he had never laid a hand on me.  I looked at him and asked him to repeat himself.  He said it again.  I just sat across the table and looked at him. My mother just sat there saying nothing.  It is odd that they would do this to me.  I know that he was trying to get a reaction out of me and I reacted more than I should have because my mother had that sinister smile on her face.  However, time bringing 20/20 to the situation, it shows to me that they have not forgotten at all what they have done to me as a couple.  In that I find a reason to celebrate as it concretes what I know has taken place in my life and now they are back tracking to cover themselves.  What troubles me and made me so angry at the time was the smile that my step-father had on his face as the words slipped through his lips and into the restaurant to be heard.  Almost as if he whispered the denial.

For some very strange reason my parents seem to believe that if they say that they have never done anything bad or even questionable, than whatever they are speaking on just did not happen at all.   Well now they will have to deal with the fact that people are coming forward to say things about what has happened to me as a child.  Telling me, "I witnessed........!"  I wonder if they will tell them that they are liars?

I am finding hope today.  I believe that if my family is compelled to deny the past so openly, than I must go with this simple thought. Something must have happened to even mention it in the first place. If nothing happened than why bother to bring it up.  I think that this is what they refer to as "Gas Lighting."

I am getting closer and closer to exposing the lie. One day they will make a big mistake by saying openly what they have said to me in closed company. Who knows maybe somebody at the restaurant overheard them and thought, "How odd."  It is inevitable to be caught by your own lies.  Eventually what has happened will come to light, I just know it.  Too many secrets, too many lies to keep it all straight.  Maybe there will be a day that while trying to improve their reputation they will be speaking to the right person, instead of a coward who tucks their tail between their legs and runs away in fright of what was shared.  The intimidation from them still amazes me.  I don't understand how people turn and walk away from people who are obviously unkind and a danger to society.

So far people from my past have been randomly showing up and telling me one or more of the following things on the list below.  I guess that is good thing.  However I feel that it is a little to late to confess to the one who suffered at the hands of these people her entire life. I am really tired of the secrecy that they seem to perpetuate by telling me what I already know and ensuring that it is being said behind closed doors yet again. I feel as if I am in the middle of a fight and its not mine.  I'm not sure if I should be grateful or not that they have come forward to express themselves. It is rather uncomfortable, especially when they say not to tell anyone that they told me (i.e., my parents.)  To see other people in fear of my parents is odd but I kind of enjoy it in a sick way.

What do you think that they think will happen to them?

They are worried my parents will go after them for outing what they have done to me.  That is how afraid people still are of my parents. They say that a Malignant Narcissist really doesn't hit full boar until you deny them their truth. If you do this to my parents they hit an entire new gear called, "Their undivided attention,"  all so they can go and destroy your life now.  I have seen them do that many times, to lots and lots of people over the years.  Hiring private investigators to find out all they need to know to destroy absolutely everything about you.  Ask the old members of the Church that are in hiding from them.

Here is the list of things I have been told so far. It is a little uncomfortable to know that so many other people know the following, I feel naked in front of them and I don't think that I should have to feel that way anymore.  So, I am going to vote that what they have done to me is wrong and place them into the category of my parents as enablers or maybe they are what are called Covert Narcissists. All in all I don't think that it was a healthy thing to do to me.  I would like to see something that is actionable not more destructive.  It is very difficult to sit and listen to people say the following to you.

Pretty uncomfortable to hear these things.  I do think that it was extremely important for me to listen to the people who came to tell me these things.  It was damaging to me as a human being.  I hurt really badly after they left especially knowing that these people had just left me in the abuse so long ago, never going to get help or helping themselves.

It seems to get harder in my life, not easier. But I do believe that everything happens for a reason.  It just seems to be a hurtful thing to do to me again, but that's O.K., at least they feel better.