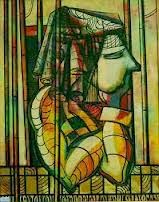 To cause a rift in the tides of the rivers that flow with no philosophical mind,
is to fight the pen delivering this ink to write with.

Where are the lessons of life recorded?
Are there only Commands to be followed?
Is it only in the study of Old that you can even find the Theory of Philosophy in Thought?

Is it only in the rule of religious law that such messages are taught of Historical plight?
Let alone sought. As it seems past history of such things has all but disappeared.

Do you not fear, a life so near, that speaks with no breath to announce our end?
A silent passing to a place that today's mindless faith has no question as to how.

What to do if?
Believe? or even think? should the next move come in less than a blink.

To never consider the action,
or the act to bring to Conscious Thought and Practice Of,
the reality that death will bring to you the finality of your existence in this place,
is simply ignorance of the next.

For in this very idea or lack-thereof,
neither must be and yet, both are a reality to me.

The stubborn persist of a stoic mind.

A Philosophical Thought Of Natural Ability

Where do you believe that All of the Knowledge rests when the wisdom to seek-out or define an existence of no traditional explanation has come to be naturally?

A Natural Capability to define Knowledge Itself as the ability to know, without reason.  Sounds like a peaceful design of a thought with structure, not being taught.

To cast-aside the Gift to Know, with an Answer to Question, "The Why," completes itself only in the Mindful Acceptance of what seems to be given Naturally without thinking.

An explanation of a Strange Delivery in the Streaming of Conscious Mind in a Pensive Thought, brings to an end a need to Obtain, only learning would remain.

Does this "Natural Knowledge" or "Ability to Know without Knowing" deliver a message from Mother Nature on how to explain where I've been, without the damage from then, destroying you yet again.

To Explain to Ones Self, your History of "Not so Nice!" One must delve-into or be patient enough "to know," it will work itself to an end, delivering a proper or a moral appeal for help.

To Come to Be Naturally, would be the result of Grave Deprivation or the Threat to One's actual Life of "Breath in Death."