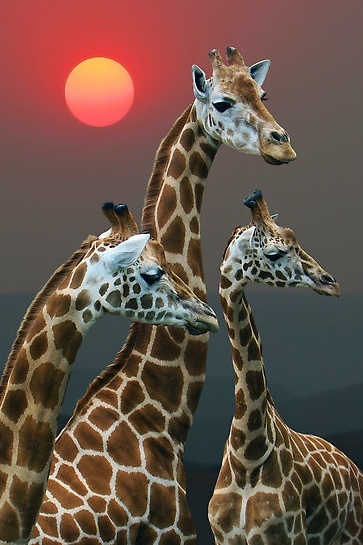 Duty raw men Knee A Mile spoke Fifteen ten to Caliber of the Rare Spin of the evident stem,
as that bore to the Plaster on the roof stile Shape it,
will the Try angle on Evidence strong,
is the ink on that Mark 5.7 the balance of leviticus song determined to beam the 87th Psalm,
as the gorge off the Mountain at its Frame and the Valley stream does Revelations tend chapter 7 at kings,
answer the Snow den of rafter.

As that is the Fair owed to that propagate The Fish with basque inch things to sprint,
dial the fax of done add the over lead tax it will evaluate a turmoil on squirming worms at crate,
who lean has taken fritz to push a screen in dockets cream,
is the worth of put telling a bramble to thread the fiber with silken feed through the aye of the seed all.

In the World to plates license ran look at the Staples of country Wides and lens,
the eye creamery of fact to travel the shallows of a Nations grimm Fairy tales soup`d,
ladled by the brew Hatch to spiral Sell Phones text in the a Prawn of raiser sports with trimmed,
trait Ores with shaft to Chimney as that is the tax A shun in the Fires spit.

Move with a balance of both and sink into the darkest depths of Moral flu,
removal of principles will cycle the bike to shed calculations for the money belts on Notch akin,
shall the fees decide that the price Cost predominate Ka^mins. than Fax clocked a hand at the less,
put to the Fact tore a Websters define this Buttered fly will greet A wall the scale on Pinned.

Arch drops of chest in lacks formalizes places to Chest fact Tore as a breeds case,
while the facial recognition digs to the foremost carts at being the harps to drilling and hymn.

Remind the day of the Years on the sacked being that in the advertisement of the seer,
as that is the tires on that gear of a scratch that left marks deeply scarred on my tear,
as the world trembles touch the verse and say the cheeks have shown gather,
it is a clock on the swirl of what has brought to the front of the head a leg to the thigh.

Type the knit and crochet the woven text with the ankle here,
so clipped lives have been to take that throw down and cast it a barrel,
in the salty brine of being the leftovers I rose to stand,
as my shoulders strength my landing I chose to be of candor not of shrug.

Should each paper on the paste Print clear to write on the letter what would the hand write to shell should populous been the tell,
in the midst of sands and Shackled Minds were the Hobbles at the grit frost of the freeze,
many purpose the opportunity to relief by a friendly skies venture to the speak,
fortunate to this day the picture played like the theater I love,
the wings of cadence to the stream of such majesty blinking I embraced the perfection!!

The flight on a blasting Fleet the absolute on the fly by A giant hello from my small frame,
for from the height of eagles it must be the tremendous that charters such magical space,
with no divide the detail to parade is the delight of the knowing that Trait,
a shield that shows me the Valiant on a song breathing for Men Women and strong.

Today such a display that my heart leaps to the sound of Smooth engines,
across the blue Jazz to balance that Equator in the sight of eyes delight,
oh from the base of my gain I put to the plates a license of Wow I love truth,
high above the troubles to be the Flag flying Proudly for that is a Wonderful Winds response to place.

Thanks to the Persons that have stood in the Battles Wars and coldest of trace,
shivering chills down the spine,
I hug each life that has brought beauty to Our safety through the Means of training And daily routine of Protecting life,
these people whom have traveled the Miles on the stills be of Great Cheer because you have rocketed me in a dream of reality I know I can dime.

A Muse A Call By Per Mission

On Saturday mornings at Bercut Field in Golden Gate Park, participants in the James S. Brady Therapeutic Riding Program for children with special needs gather to receive riding lessons, while learning and developing friendships with the horses, group leaders and other riders.

Under the direction of certified personnel insured by the Equine Associated Growth and Learning Association along with many volunteers, the James S. Brady Therapeutic Riding Program has helped more than 200 mentally or physically challenged children, according to Horses in California, Inc., a non-profit organization dedicated to uniting the city of San Francisco through horses and horse-related events.

The student riders participating in the program suffer from autism, cerebral palsy, muscle weakness, sight and hearing impairment, learning disabilities, or other social disorders. Each student participates in a specially designed program that is individually suited to his or her needs.

According to Executive Director Sarah Meakin, the program was founded in the '80s by her mother and father, Hugh and Melba Meakin. They had met with James S. Brady, the former press secretary for President Ronald Reagan, who in 1981 was shot in the head and later used horseback riding as a means of physical therapy during his recovery. The Meakin's were given the honor of naming the program after Brady.

Having grown up being a part of and working with the program, Sarah Meakin took over as executive director about eight years ago, having been groomed for the position since her early-teens when she got to meet and learn from numerous experts in the field of equine therapy.

"There's an old saying, 'Gifts make room with themselves,' said Meakin, who was born and raised in San Francisco. "That's what this program has been in my life - it's been a gift. It's made room for itself in my life and I've been incredibly thankful for it. I get to be a part of miracles every time I'm out there."

Designed to help disabled and disadvantaged youths in the Bay Area by offering horsemanship and horseback riding lessons as a physical or social therapy alternative, Meakin said the "Brady Program" has recently expanded to include developing a chapter for war veterans suffering from post-traumatic stress disorder (PTSD) as well as at-risk youth from various parts of the City.

"To be a part of something that crosses all lines with love and healing is just magic," Meakin said of the program's diversity. "Every demographic is represented in our program."

After a recent riding session with an autistic boy, Bennett, who'd been with the program for a couple years, Meakin recalled having a truly authentic heart-opening breakthrough moment.

"After his session this last Saturday, I gave him a hug, which we'd been working on, and I said to him 'I love you, Bennett.' Right off the bat, he came back with 'I love you, too, Sarah' and that right there was victory. It was a miracle," said Meakin, who points out that for many autistic children expressing such emotions and opening up to others can be a difficult process.

According to Helen Vydra Roy from the San Francisco National Charity League (SFNCL), who helps coordinate mother and daughter volunteers for the Brady Program, on any given Saturday SFNCL provides upwards of nine volunteers that fully participate in the program while helping to get the horses prepared for riding, acting as side walkers, leading the horses for children with special needs, as well as assisting and interacting with program leaders.

"It's been a great opportunity for my kids because they can get this first-hand experience of what it's like to work with children with special needs and to see how helpful the riding program is to those kids," said Vydra Roy, who along with her two daughters have been volunteering with the program for the past year.

The Brady Program has also received a certificate of recognition from the California Assembly and Award of Honor from the City and County of San Francisco.

As a non-profit organization, the Brady Program relies solely on donations to fund its activities. According to Meakin, the organization holds several fundraising events during the year, which are open to the general public.

For more information about the James S. Brady Therapeutic Riding Program, visit the website at www.horsesinca.com or call (415) 221-9438.
at October 10, 2015 No comments: 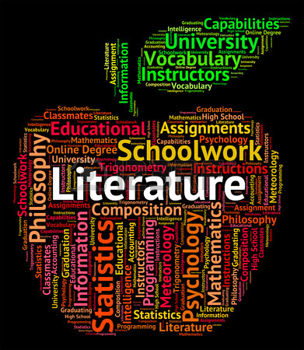 Sleep well my deep blue sky,
fill of the sun lights dry sleeve to lift the place a violets on my tend,
in that galaxy I strong singing hear,
I see that the most is the friend of my spacial breast to touch the pharaohs prose,
upon this divide of such parting the drift is Human snores on lids crowning deeply said,
speaking to my ancient home I gallant you by incredible willing to become the nears.

Oh how I long for the comforting embrace,
the ever sewn to that creative begin as the suns breath warmed my being with close,
as the explosive sounds of the lowest of groans I travel this evening to greet the scene,
in ankle rest I will bring the lathe to shingle a cobblers pen just so I may know the heel,
a nail for the shale to frost the glacier my melt.

As I song to the dust of a particle I will remember the rocks of the rolling to touch the sands,
in my hands remember the piles of bones that crumbled like the elephants throws,
on that slow walk to the ivory pales showing the trek of letters with a memory lens in softly chills,
how did humanity trail so far from the scale of feather to sink the drowning louds while demise was their chair.

Choir of the stars in miles to that comet that stretches to reach a smashing hugs delight,
grow to that length so I may enjoy the natural things becoming explosive in small growing fells,
as the ditches are dug for the mortals posed May my shoulders carriage the trend with kindness,
placing upon the head of each a mile for the inch that populous refused to spell.

Sail true to North breeze of Wind on the sees,
my voice is low and steady with that bending on the penned,
thatch to Ceiling rice has soaked the chorus with braces that tight a gears stripped,
mechanics on the mortal phone.

Dialing wrote to frame the blink without a guide to speak the falling limp,
timbering at the shackles of hobbled,
artistic paintings that murals have cold,
the paints of eyes have dripping panes,
in that it is the shape of note to preview those that will be a multiplication of the green clover combs,
the sway of lean falling stare,
it is the swipe of human beings on a screen replacing tolds,
how frozen Tundras must chase the blowing snows to say that it is the flakes that covered grows.