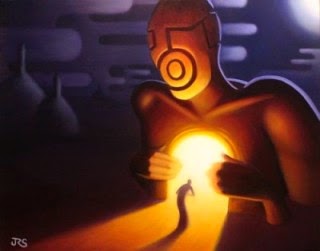 Compelling left a staggering spell in the streaming of Consciousness a word to Tale,
so close to my reside I felt a certain in the preamble of a Jay the bird on a snail,
the watch begets the season of script with a look to believe the shown as booth,
a kind of call by a number that knew the dialing before in simply revealing societies breeze.

To speak the steep as a particular chose what is left makes thinking a piece in prose,
no question to answer the added loads a crossing through grounding of let it rose,
a laughter with chatter of chilly bones the subject in sentence known as a sewn,
the Shoe in a product spoke in a Film for the Movie did come in sort of a drum.

Beating to a World that is cold to a post the substance of worth grows in a show,
the innocent choice in putting letters to same a cruise through a nature of Wares in a plumb,
signs staged a signal the Skulls on a shock the tempo in bass is a Metro of Crest,
sync Island to Paintings than additional best presenting receives a microphones Text.

Travel the sure the Trip is a kept the date to the hour in a minute times chest,
does speech interviews say under the sped shedding a message spoken if bed,
libraries spoken the questing of lead spooling a ribbon the creek burrows head?,
accepting that humanity is not all people said yet finding the burr vote is capturing fed.

Goods to remember not great to cut-out for in the dismissal the work is a shout,
belief that a person streaks to a Ped. Que scenes that are missing not mentioned is trued,
however for instance the personal spill thereupon forwards the backbone in still,
reality grows the water is skill remembrance includes or a least should at the bill.

A menu of Action from Toon Voices played repeating a Shed understanding the pave,
a notion to tunnel the Motor Cycles to Day the Two-Wheel approach in the ski mountain Coach,
snow does fall covering the side is it dirt or the Rock in the balance of hide,
proud acorn is picked by the woodpeckers ride to drill a hole for the Tree in a die.