I Often Wondered What the 'End of Watch Call' Meant, However Today It Is Showing For Those Whom Cannot Counter The Depth To Each Foot Stride Of A Cop And Now May 'The Watch' Be Understood To Known!! 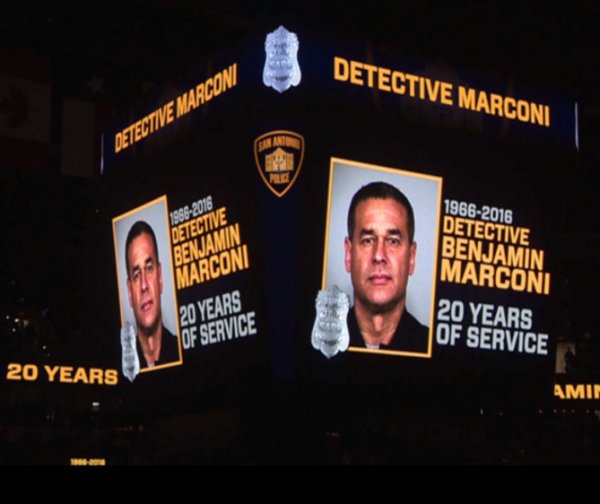 I dream of the face that would have known? Know that love surrounds my life it is the grace of a man on the Times, it is the love that surpasses any that I can say that gave with such a hug that reality to I is the shoulders of he in every dream that cascades this life to just right!! Love is not a calendar to date the day of a year in the pockets of money on a belt, it is the wheel well of just love knowing that in this I can smile a grand.  Just fact to I is a hello in silent evolution.

Mars must say to the Milky Way that Cosmos has a friend and it is not in a religion bell, it is the ream of books to chapter a tour.  So to those that have no wealth of strength life is more than a Niagara on the falls of Autumn, life is not what you make it for it made you, life gave you the desire to do more than a job.  Life is the smile that you miss while trails are not heads.  Rather is not a force to be tangled in strings of theory.  Clouds are not often, skies sometimes darken in paths of clause to signals.  Suns have an horizon as Events have moons to say friend.

Heavy are the shallow graves that fences tend.  Texas to the loan star, Marconi is not on a rinse or a once upon a time in the state of stature, he is the man that said to hold the tongue and not of language.  You as Police in this Country of the U.S. may not believe as well you should not without the evidence to support your self eyes with blinking to tax nothing but to know without a shadow of a doubt but yet is that just a job then?  Should the inevitable bite as you lay your head down to rest, should the day weigh heavily on your mind, should wake be of eyes certain than why is it just a job to be on the line?  Is it then the convenience of tax to mind the brain at what you don't complete?

Surely is not a word of use here for it is not the cave of man that made a Valley, nor is it the Mountain that said a bridge.  Grand Canyon to the river rushing at it's skirt is not a hemming to the lombard of it's desire to stretch to any ocean on it's way from the dust up to each clock of minute it took to absorb.  Even the cacti is in a needle of the desert on the sand of what is a flash flood in the dry beds of representation, tack complete at that being said.

For the from to the actual your boots to your vest of belts that hold the hand that may know of more than a verb to a noun at this adjective?  No, this is just a message for a note's return.
at October 30, 2017 No comments:
Newer Posts Older Posts Home
Subscribe to: Posts (Atom)