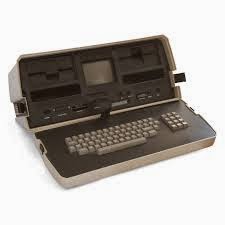 As you move from One World to the next and realize that your lack of comprehension into the needs of any Human Being, dead or alive will be the day you wish you were or knew what death included.  You will realize on that day and in that moment everything you thought or anything that you may have had a concept of in this pitiful life you have lived is gone.  This will instead be the day and the hour in which you are standing in the Eleventh Hour for the first time.  Your Judgement Day will have arrived in all it's glories and that your judgement is your own, pouring from your very own mouth; Confessional will bring a new redemption to your mind.

As a person and notably so, you all do the same, you spread your disappointment, negativity, selfishness and want upon whom is sat in the audience of your show.﻿  An Opera of sorts, where you are in the light and the rest in the darkness.  The lack of your sight of them, the ones which will hear and see your transgressions, brings them zealous each passing moment.  It is in this fierce reality you will find that your life or lack thereof has had the most use for your final review.  As I am, and you are not, it will prove to be happenstance.  Your denial of what is staring back at you in the face is what you have hated and abhorred for so many years. Instead of embracing or investigating the chance of such a Court, you have broken them down, cursed their names and pronounced them your enemies. Instead of building up and appreciating that this entire mire of interest you have embraced with Church, Cult, Christianity, etc. is a Celestial Battle and not a mortal war. You have chosen sides in a Heavenly Disagreement and condemned those that do not support your opinions or your interpretations of the Bible: Not meant for them but for man I am supposing.   You have turned from all of it, each word, phrase and/ or story that is not to be said Godly by you. You have been tossing your opinions as if they are dirty rags to the curb to clean and scrub more of your abrasive ways or forced opinions onto innocent lives, never asking just living privately.  All of this you have done without regard and with never once speaking or proclaiming one iota of interest in what you now face so abruptly and certainly I am sure at this point unexpectedly so.

Your collection of nothing more than your own self-proclamation of your own or for your own self-gratification has been noted.  In addition, it has been noted and waits with great patience for your arrival in the Courts of Death.  This is the first stop upon your exit from life as you know it today, this is only one step along the way that will help you understand that you are to leave your human body form and into a permanence of a subject of another kind. Only a Master could even begin to conceive as your punishment of self for the acts that you have knowingly perpetrated upon your peers and strangers alike.

Your common and ignorant plea of "I just didn't know," in the Courts of Death will be met with the reality of such harshness, that the mere idea that others can also read your mind will of course cause you to entertain the idea that you have been duped and others here on Planet Earth can read your mind with ease everyday. This in itself will become your reality in less than an instant.  Your intent will be known and recorded before the words are uttered from your lips as a defense of your in-actionable life on this place we call Earth.

Just imagine that a person can hear your thoughts! Know your agenda! Listen to your argument with their mind as you sort out your reasoning for your manipulation of friends, strangers and the like.  The ability of a single, seemingly normal person listening into your choices of how you will either blame or shift the responsibility of such criminal behavior or even the crime itself onto a different human being.  Taking your actions or your sins as if they (the innocent) accepts this punishment all before you have even opened your mouth to say, "Hello" to introduce yourself to your next prey.  Amazing that this could be a concept, let alone a reality in this rather ignorant world, yet, watch "Speed of Thought" (a movie) and you will see we are already on our way.  You have now successfully dumped all of which you have done onto an unsuspecting stranger and so quick you are about your business these days.  You have placed all your guilt upon another shoulders. You have imposed your will without your own accountability so that you will be innocent of any wrong doings.  All in fear someone might find out you are a Con Artist, Liar, Pathological Liar and a passer of ill-will. So you have now imposed this sentence upon a passer by, that had only said "Hi" to you in return.  What a scam.  The jig is up!

The crime of the Century and no way to prove or trace this nightmare of reality today. I record it everyday since my birth, but, I am a freak and one day soon you will know how good I am at it.

Planet jumping will not be the answer before this happens either, as per a host on the Discovery Channel.  For I vote that if Earth can come to be in whatever theory you may wish to bow down to as your answer or our new God. I believe that Earth has the sense to move out of the way of any danger threatening her very being.  So, don't presume to know that an Earth or Planet does not have the sense to break the rules of gravity to move out of the way of the next Elinen or Comet.  She seems more intelligent than what walks above her, at least that is my vote.  Or just maybe she will put her needs instead of putting her self into such a path of destruction that would destroy her.  All of this without consideration and with no malice for her age and wonder, just the thought, "Survival of the fittest," definitely my motto.  I am sure there is not one planet that would not run like Hell to avoid this mess of a Human Being.  They are dirty and create trash everywhere, even in space.

In the end lets us not blame anyone for an education in what was needed most. At least my family needed it badly. No hope for Twin Souls. According to them, he is so busy and he has no time to bother to even investigate the subject.  I hope that when he stands in line for the Courts below I am present to witness them saying, "So, what would have been the harm to find out the truth? They are a family of five and have no one on this place to help them at all, why could you not even try? Tortured and separated from one another for know other reason then not one person wants them to be happy,  you included. So what exactly is your come back for this one?

All for a family of five, and the mother living alone and without contact at all with her kids because people just say so.  No reason, No understanding, with whom should she stand if everyone is afraid of her family and mother? Just asking for something you cannot even take the time to check out, if its not for you just walk away but at least say hello.