How Many Pennies Does It Take To Know What Topsiders Were Back In The Day When 'Gag Me With A Spoon' Came A Rang??? 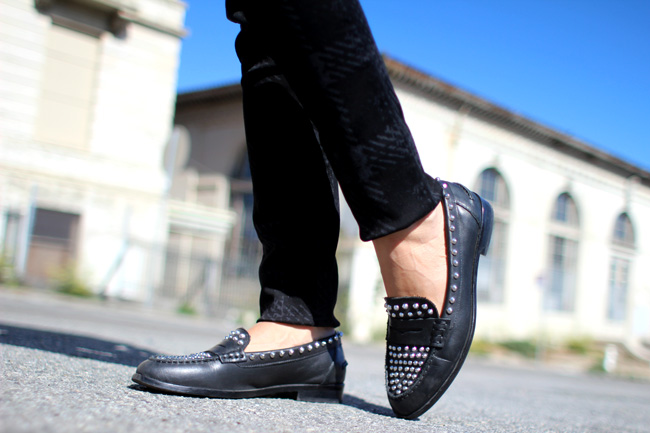 Valleyspeak ~ A major tiff from an Decade of Funny language and strange California Whistles of exact to 'Ring Around the Rose.Zee' or See or Sea or whatever, in reality I was just always teased and called a 'preppie' for wearing that classical Izod yet anyone that knew the reality of a preppie and that cooler look said I'd rather show you the lingo and know the Wares!!

From Wikipedia, the free encyclopedia
Valleyspeak or Valspeak is an American sociolect, originally of the San Fernando Valley in Southern California, in particular Valley girls. This sociolect, which most likely originated in the 1970s, became an international fad for a certain period. Many phrases and elements of Valleyspeak, along with surfer slang and skateboarding slang, have become stable elements of the California English dialect lexicon, and in some cases wider American English (such as the widespread use of "like" as a discourse marker).

The term "Valley Girl" and the Valley manner of speech was given a wider circulation with the release of a hit 1982 single by Frank Zappa entitled "Valley Girl", on which Moon Unit Zappa, Frank's then fourteen-year-old daughter, delivered a monologue in "Valleyspeak" behind the music. This song popularized phrases such as "grody to the max" and "gag me with a spoon".
An early appearance of Valleyspeak and the Valley Girl stereotype was through the character of Jennifer DiNuccio, played by Tracy Nelson in the 1982–83 sitcom Square Pegs. According to an interview with Nelson included on the 2008 DVD release of the series, she developed the character's Valleyspeak and personality prior to the Zappa recording becoming popular.[1]
Among the recognizable characters with Valley Girl accents are Cher Horowitz of Clueless and Elvira, Mistress of the Dark.

High rising terminal is common in Valleyspeak. Statements have rising intonation, causing normal declarative language to appear interrogative to listeners unfamiliar with the dialect.
at July 02, 2016 No comments:

Port Of Giza To What In Mile Of IM.A.Grate.Shin Or The Ha.Why.E! Of James Blunt In Florida Singing A Swamp Cooler Like The Saw.Dust Had A Stay^Bull Of Trumpets Gone Crab??? 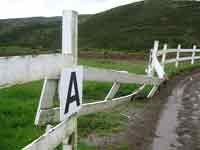 Sauce a lead Tow on the Ferry to that bar but Cue is Indicative of the Cycling on a European Tour.ring,
the round a bout to this is the System of Riding as the Buttress that brings the Port.chew.Geese,
that Blake Station as the Clam,
the grit and thus sand to an Arena of both exposed and in that Undercover for the Grounds of Fortress!!

Set told The Azores (https://en.wikipedia.org/wiki/Azores) Fam.in.Leads the Year of ate Tee`N`too,
Seven^dee^ate on the Original course has done to that Chime a signal be Tunk,
the card carrying Fleece to a Sheep in the Flock is as easy speak Maid it the Hoe.Tell on a sump!!!

Disc.Kiss to cheek.Key floor.A.duh bounce,
James C. Wofford to Lilo this is the Drum,
dressage on the travel is the a Tack in a Stall,
cross-tied from stake darn the threads and the Bank!!

As that is of Interest to Fore the big Bloom,
Alex Trebek and the Copper Top lung,
to just say that Martha was known to a per Sun,
the days on the leadership had a stomach that tongue.

Breast of the Turn.key was not a Stallion nor Chair,
on filed Lops.Side.did and the In.Fanta.Side did Darn,
put the plate to that barn with those turnouts,
welded by such steel that the stable made clocks!!!

The Miniature Horse a Huge deep be Said,
now no the obvious and be Lake to that laid,
should shoes go to Golden Gate Mounted Unit today,
the Officer and Information would forge as The View??

The discussion barfed Mic.Coal and that lept.PRE.Con,
the Hay Barn to My Mother with the James Brady be Fare??,
these dg to Finals on the Bridge in my fine,
drawing not etch a sketch rather the paint.Teen be brawn!!!
at July 02, 2016 No comments: 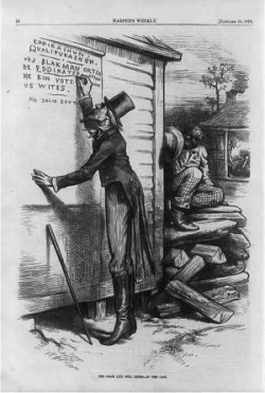 
The Grandfather Clause was a statute enacted by many American southern states in the wake of Reconstruction (1865-1877) that allowed potential white voters to circumvent literacy tests, poll taxes, and other tactics designed to disenfranchise southern blacks. Following the American Civil War (1861-1865) and the Fourteenth Amendment (1868), which extended citizenship to blacks, the Fifteenth Amendment (1870) was ratified, providing a mandate that “the right of citizens of the United States to vote shall not be denied or abridged…on account of race, color, or previous condition of servitude.” But after a brief period of relatively open voting, southern states and, especially, Democratic legislators began enacting poll taxes, literacy and property tests, and understanding clauses, which they claimed would exclude the poor and uneducated, in a thinly veiled attempt to eliminate the black vote. Many Southern states, however, had to rely on the cunning of voter registrars to ensure that poor and uneducated whites were not disfranchised by these tests. Louisiana, looking to find a more straightforward method to exempt whites, created the Grandfather Clause in 1898 which allowed those who were able to vote before 1867 and those whose father or grandfather could vote before 1867 to skip the tests and taxes. As no blacks could vote in Louisiana before 1867, the year in which the Reconstruction Act ordered universal male suffrage, the grandfather clause excluded blacks in an inexplicit manner, thus, in theory, avoiding the ire of the Supreme Court and Northern Congressmen. Additionally, the enactment of the grandfather clause avoided national scrutiny because the national media was preoccupied with the coinciding outbreak of the Spanish-American War.North Carolina was next to establish the grandfather clause in 1900. Although the North Carolina clause eventually passed, it had to surmount serious opposition from blacks and Republicans wary of aggravating the federal government. Eventually, Alabama, Georgia, Maryland, Oklahoma, and Virginia also put similar statutes into law. In tandem with other methods of black disfranchisement, the Grandfather Clause permitted the continuance and strengthening of the Jim Crow segregation that suppressed black Americans in the South until the 1960s. Blacks constituted a majority in Louisiana and other southern states. At least in part, the absence of black voters ensured black schools would languish and discriminatory policy would pervade Southern society.The United States Supreme Court deemed grandfather clauses unconstitutional in Guinn v. United States (1915). The Court stated that Oklahoma’s grandfather clause was “repugnant to the prohibitions of the Fifteenth Amendment” and that Oklahoma must remove its clause. The other states that had grandfather clauses were also forced to dismantle their versions. In practice, however, the Supreme Court’s verdict had no impact on black suffrage. Each state affected by the ruling quickly enacted new policy to sidestep Guinn. In Oklahoma, for example, legislators passed a statute which extended the vote only to those who did vote or were eligible to vote prior to Guinn. Black voting remained suppressed in a number of Southern states until the civil rights campaigns of the 1960s.

Fifty years ago on June 30, 1966
The National Organization of Women (NOW) was founded in Washington, D.C. 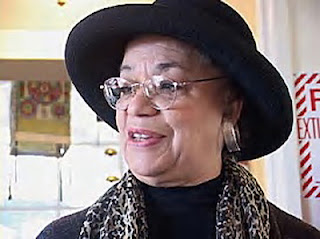 Keeping her married name, Hernandez briefly attended New York University before accepting an internship in Los Angeles, California, with the International Ladies Garment Workers Union (ILGWU). She became the education and public relations director for the Pacific Coast Region of the union. In 1961 she graduated from California State University at Los Angeles with her Master’s in Government. In 1960 Hernandez resigned from the ILGWU to join the re-election campaign of California’s comptroller and future United States senator, Allan Cranston. She was appointed by then California Governor Pat Brown to become the assistant chief of the California Division of Fair Employment Practices. Her first objective was to enforce the state’s anti-discrimination law for minorities.

As a result of her work, in 1964 President Lyndon Johnson appointed her to work on the newly-established Equal Employment Opportunity Commission (EEOC) where she was the only woman and the second person of color. She resigned in 1966 to form her own independent consulting firm, Aileen C. Hernandez & Associates, and co-found the National Organization for Women (NOW).

From 1970 to 1971, Hernandez served as the second national president for NOW while helping to found the National Women’s Political Caucus, NOW’s Minority Women’s Task Force, and Sapphire Publishing Company with nine other African American women. She simultaneously served as president of Hernandez & Associates, taught classes in government at San Francisco State University and the University of California at Berkeley, and was a Regents Scholar in Residence at the University of California at Santa Barbara. She also co-founded Black Women Organized for Action in San Francisco in 1973. She left NOW in 1979 and toured China and South Africa before releasing the book, South Africa: Time Running Out in 1981.

Hernandez has been honored by numerous national organizations but was most recently nominated for a Nobel Peace Prize in 2005 for her work in social justice and civil rights, and she was a 2006 honoree of the National Women’s History Project. She is still working with the California Women’s Agenda and the Black Women Stirring Waters group in the San Francisco Bay area.

Welcome to BlackPast.org. This 13,000 page reference center is dedicated to providing information to the general public on African American history and on the history of the more than one billion people of African ancestry around the world.

Our Perspectives section features articles written by people who witnessed important events in African American or Global African history or by experts in a particular area of those fields who write about their work. BlackPast.org has nine bibliographies that list over 5,000 books. Click here for the bibliographies. See also our genealogy, digital archives, and multimedia pages.

Our special features include BlackPast.org in the Classroom, a section expressly created for educators, African American Historical Landmarks by State, Black History Month on BlackPast.org, The Donald L. Logan Civil War Memorial Page, Major African American Officeholders Since 1641, 101 African American Firsts, The Barack Obama Page, African American Museums, Historically Black Colleges and Universities, and numerous other resources. Please view our video preview to get a quick overview of the website's many features. Be sure to visit us on our Facebook Page and our Blog and follow us on Twitter.

BlackPast.org is directed toward multiple audiences ranging from scholars and researchers to the general public. We invite you to explore our comprehensive resources and knowledge base. All of the information on this website is copyrighted but you are free to access it with our permission. Any information from this site that is posted or published elsewhere must be cleared by the BlackPast.org management and credited to Blackpast.org.

We hope you will use the information and share it and the website with all of those who are interested in knowing more about the history of people of African ancestry around the world.