Preventing from "The Order,"
should not be an agenda of,
that which cannot process or conceive.

Regardless of loss of direction,
one should be free to see,
according to me,
I've lost myself again!!

Oh Well, I press on
in the things of such a Quarter
is more than an Order, it's curiosity.

There are persons and places that perform,
or may "Call Fact" as just that, facts.

For purpose of what was or is,
I travel,
it is as simple as all that.

Question ways not understood?,
you will be called upon to hood.

To explain your interest in,
that which you've said has been.

Deny this FACT!!,
be put on the rack.

Your interest is to much,
"How do you get back?"

So now that we are on this page,
shall we dance and shall we square?

Surely you'll ask,
"Which one! Wear?"

A laughter broke,
the silent yoke,
that bound me inside myself.

Brought up in S & M,
the practice carried on while at home.

This play "At Will" game of death,
possessed such a giant threat.

So many times,
more than I could count,
my sibling took me down.

Held my nose, pinched so tight,
covered my mouth and bound.

Psychotic eyes,
I did see,
bearing down upon my crown.

For what I was true,
he wanted me dead at Two.

You can't forget what you've seen!

Repetitious, it had begun,
give a person a day or so,
you'll begin to see them move.

It shall be in such a way
you'll stop and you'll give weigh.

Did I dream? Or, Was that thing?
upon me in the night?

Do not ask or your the ass,
they'll beat you to today.

It took three days in complete,
to work the scene straight through.

For sibling two, my brother who,
fucked me between the sheets.

It is so strong, it is so wrong,
and settles on the shoulders of.......the boy that did the deed.

The trap would snap,
the snare was set,
and sadly I'd walk-in.

Learning how to breath so slow,
took practice, I must be strong.

For even now, I do kowtow,
a Texas Phrase I learned.

To get me through somehow.

I breathed so slow,
lowered my whole,
to pump less of my being.

I learned to be,
dead you see,
all before he's done.

Upon completion of this throng;
he walked the same old way;
to the basement door he went,
as I rest upon cement.

At 815 Balboa this went on for years;
I felt so spent.

Years rolled on regardless.

Support of such revolt,
was never understood.

My Soul was sold,
the dead skin layed,
and blood did sign "The Plague."

Quest Of Past, Traveling Quietly and Getting Lost While "Out & About" ~ Dangerously Clear 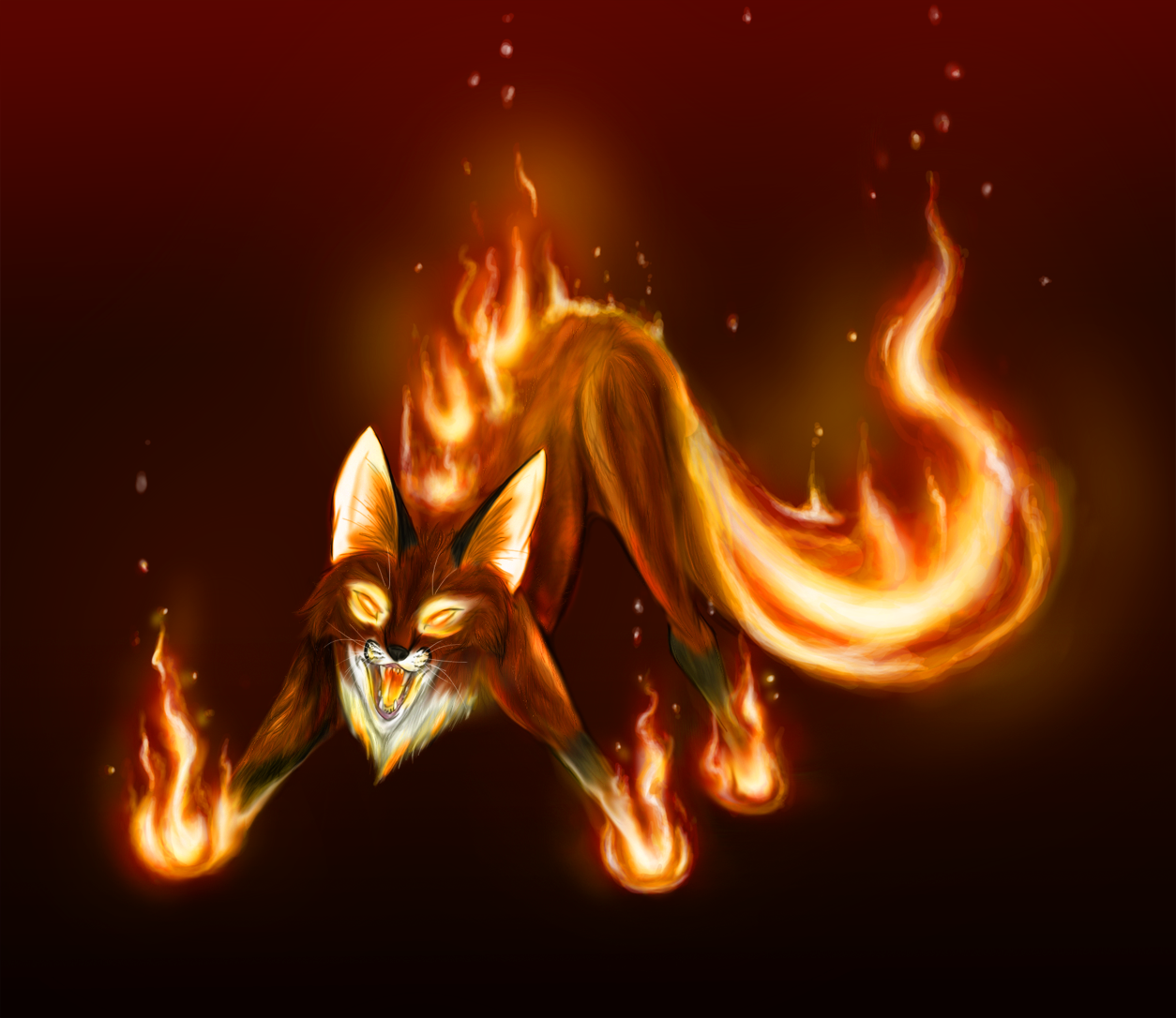 Beyond that which you can reach,
is terror and not relief.
In Darkness, you will find "No" light,
a flame blows gently, burns!

Flickering in spite of mood,
I wreck to know no end.

Topping you will be what bows,
and, Staffs the arrows point.

Sharpening the platinum edge,
with a gavel on a needed day,
rips apart as Switches start:

Earth accepts what is not,
rejecting all that's Loth!
A Life that's made of war,
is difficult to store.

I cannot sleep!!
I fight old dreams,
that haunt me all the night.

I scream to do,
to those that did,
to me, it's frightful and so deep.

Painfully, I speak with ease,
for should I not take time.
Then I'll begin to be so sick
from all the thoughts of way back then.

I will wait, to pass the gate,
of what will prove to test.
The Times that will be best,
to actually express how lost I really get!

The more I listen,
the more I here,
the stories make it fairly clear,
I lived a life in Fear!!

I personally do not believe in Suicide.  I worry about the confusion that would set-in to your minds thought as you were to go from here to there.  In addition, I worry that I would never be able to accomplish such a dramatic feat and therefore be stuck in a body that was not only mentally mangled, but physically as well. At least as a living being I can hope that I am able to search through my own imagination to find the answers before my transition to a place that may or may not be conducive to taking such an inventory on oneself.   Who knows really knows?
I just cannot imagine such a grim thought or even the very idea of doing such a thing to myself, although my family has made it very clear throughout the years that they would like me to, all for the sake of saving face, so I'm told.
Maybe they can take this as a final thought on the subject.  I don't believe but obviously you do.
at August 12, 2012 No comments:
Labels: B.D.S.M Require, B.D.S.M., B.D.S.M. Men

All About Sex, The best sex ever. by Michael Castleman 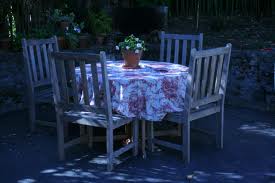 The myth is that it’s abusive. Actually it’s about trust and communication.
Published on June 15, 2012

by Michael Castleman, M.A. in All About Sex

In the child’s game, Trust Me, one person stands behind the other. The one in front falls backward, trusting the other to catch them before crashing to the floor. Trust Me contains an element of danger, the risk of not getting caught and getting hurt. The person falling places great trust in the person catching. When the falling player trusts the catcher enough to let go completely, and the catch happens as planned, both players experience a moment of exhilaration that’s difficult to duplicate any other way.

Just Another Way to Play

Subs Are in Charge

First decide if you're more into S&M or B&D. If the former, then spanking is the way many people begin. If the latter, blindfolding the sub can be fun.

San Francisco journalist Michael Castleman, M.A., has written about sexuality for 36 years. He has answered more than 10,000 sex questions for Playboy, other magazines, WebMD, and other sites. His latest sexuality book is Great Sex: The Man’s Guide to Whole-Body Sensuality (Rodale, 2008), nominated as Best Sexuality Book of the Year by the American Association of Sex Educators, Counselors, and Therapists.
In recent years, Castleman, now 60, has developed an interest in older adult sexuality, a subject that is under-researched and under-reported. In spring of 2010, he launched GreatSexAfter40.com, where he answers questions for free and sells 88 articles about sex in the second half of life for $1.99 each, or $19.95 for the whole set.
Library Journal has called Castleman “one of the nation’s top health writers.” In addition to sexuality, he specializes in optimal health, mainstream medicine, alternative therapies, nutrition, and fitness. He has written more than 1,500 articles for dozens of magazines, newspapers, and Web sites, among them: Psychology Today, the New York Times, Smithsonian, Readers Digest, Playboy, Health, Redbook, Self, Family Circle, Natural Health, and Men’s Health. Twice he has been nominated for National Magazine Awards.
Castleman’s 13 books include: Building Bone Vitality (McGraw-Hill, 2009), Great Sex (Rodale, paperback 2008), There’s Still a Person in There (about Alzheimer’s disease, Putnam, 2000), Nature’s Cures (Rodale, 1996), Before You Call the Doctor (Ballantine, 1992), and The Healing Herbs (Rodale, 3rd edition, 2010). His books have been selected by The Book of the Month Club and other book clubs. Nature’s Cures was nominated as a Best Health Book of the Year by the American Library Association.
Castleman has also published three mystery novels, The Lost Gold of San Francisco,  Death Caps and A Killing in Real Estate--all available from Amazon.com.
Castleman is married with two grown children. He enjoys skiing, scuba diving, and American roots music festivals, notably JazzFest in New Orleans.