Forever And A Day! The Truth Of Acceptance, Is The Acceptance Of That Very Same Truth 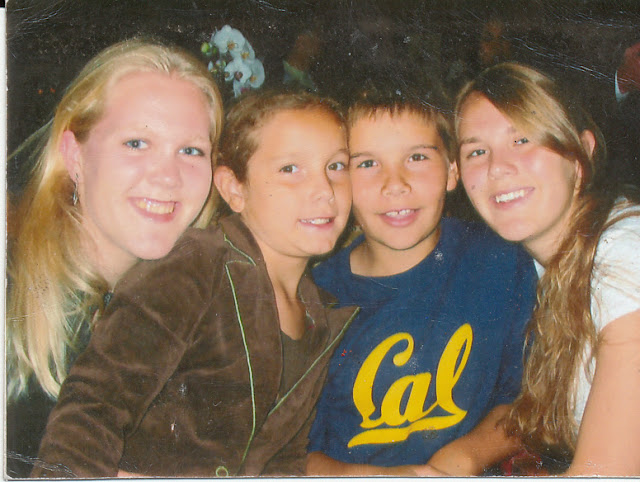 A path that has never made itself clear to me has determined my whole life.  As an adult I have been consumed by taking care of my children.  On this day, when all of my children are gone, I miss them.  It is confusing, lonely and my life is thrown off track, but, I am beginning to gain traction once again.  My children are the best little people on earth.  Confident, Intelligent, Attractive and most important to me, well spoken.  I miss them so much.  My loneliness is painful, I can taste it, as it still does grab me from time to time.  As I unpack and look at the photographs, my heart is torn to pieces once again.  The ache of not having all of my offspring near me is causing me such pain, that agony steps in to bring me relief.  It is difficult to describe, but as I have done before in my life, I have had to move forward in spite of the circumstances surrounding the situation.  I do believe that it is best to let it all go and say that the time between then and now is just  to long and to realize or accept the truth.  They have moved on as well.  It must be in the Genes.

I know, that what I believe, and trust in, will watch over my children with a very special eye.  An eye that is specially reserved for those who are not so easily swayed by worldly beliefs and religions.  I believe my children hold inside of them the key to open any door that they wish to explore.  It is a key kept in a safe place, a key for peace and a key for satisfaction.  A nonjudgmental spot for me and for them.  They will take destiny and change it to what they desire.  If I would wish anything for my children, I would wish for them to know happiness and that they will never experience loneliness.
at June 15, 2012 No comments:
Labels: B.D.S.M Require, B.D.S.M.

"Flight From Death: The Quest For Immortality"


Narrated by Gabriel Byrne (Usual Suspects, Vanity Fair, Miller's Crossing), this seven-time Best Documentary award-winning film (Silver Lake Film Festival, Beverly Hills Film Festival) is the most comprehensive and mind-blowing investigation of humankind's relationship with death ever captured on film. Hailed by many viewers as a "life-transformational film," Flight from Death uncovers death anxiety as a possible root cause of many of our behaviors on a psychological, spiritual, and cultural level.

Following the work of the late cultural anthropologist, Ernest Becker, and his Pulitzer Prize-winning book Denial of Death, this documentary explores the ongoing research of a group of social psychologists that may forever change the way we look at ourselves and the world. Over the last twenty-five years, this team of researchers has conducted over 300 laboratory studies, which substantiate Becker's claim that death anxiety is a primary motivator of human behavior, specifically aggression and violence.

Flight from Death features an all-star cast of scholars, authors, philosophers, and researchers including Sam Keen, Robert Jay Lifton, Irvin Yalom, and Sheldon Solomon culminating in a film that is "not only thought-provoking but also entertaining and put together with a lot of class" (Eric Campos, Film Threat). Three years in the making and beautifully photographed in eight different countries, Flight from Death is "a stimulating, ultimately life-affirming film, filled with big ideas and revelatory footage" (Jeff Shannon, Seattle Times).

I Believe In A Coffee Cup. It Is A Religious Experience To Me 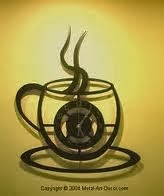 Death comes without an invitation.
No Note-card arrives for review or approval.

The date is set upon arrival,
know input, "Did you rival?"

To do what you must.
To succeed and accomplish each & every task,
takes "Mastery of Craft," not just class.

Attention to detail is required.
Being a Liar is not admired.
Laziness is retired.

Return you will,
to times of "Ill."
Regardless of your mess, it's called,
"Due process."

Deeds of Life were drawn,
Contracts to prove you're gone,
were signed and sealed,
with every deal.

You turned.
Do not say, "When" or to ask, "Where"
this will only enhance your End.

"I almost wish I was there!"

I have a fascination with it,
how flip-it you are with what creates those hard-core scars.

For failure of such a chore
is met with permanence and much more.

FLAIR! Should I dare to say,
"It does mark the way."

Death will say,
"Come here to stay, I'll escort you the entire way."

Believe what you wish.
Shout what you must
and when you realize that you are Mute,
you will know with certainty you've been dupped.

Looped and Ashamed,
you have no ready claim.
And in a speedy exchange
you will wish for that Hot cup of coffee.

Lame or Stable,
I am only able,
to give you something, it is not much, but it may touch.

A suggestion at best.
"I hope you never rest."
Just a personal thing, I accept owing.

A hot cup of coffee would make more sense
than a prayer to a being that you've never seen.

To expect that a god should come to your Wake,
when you neither announce or denounce the existence of:  "Shake."

Attending Mass would have been good.
At least, I think that you probably should,
practice the Religion that you preach with precision.

Pointing your fingers at what you call sinners.

To stand at your end,
without doing yourself in,

Shouting your plead,
makes as much sense,
as having no need.

Some advice you can "SEE."

Just imagine, what it is at the
"Top of this Post"
and maybe:

You can redeem and have that chance just to be; Free!

I know that in this World today we see what is. Some of us run, some of us hide, some change their names and some disappear.

Try not to despair or judge with the Centuries that have passed or assume that through old belief's they will repair this rift in the Air.  Even "Time" has changed it's mind.  And Ancients seem "No where." Guidance for such deliverance of knowledge that comes from a different means, is not readily received by anyone, anywhere, if you know what I mean.

I am not a Man, nor would I ever want such responsibility to fall upon me, in any life chosen for me. One day I will be free of what has become so taxing to me and for me.  I have had to grow-up or advance in my years from a child-hood view, so, I would be afforded the opportunity to watch, listen and experience all that is new and seemed so strange.  So many arguments over which religion and how that or any other for that matter, practiced it's faith.  It became so confusing, I quit the entire religious belief to know that it was not worth the Wars that it was most obviously causing here on our own homefront, least of all the Wars it has already caused on every other bit of land on this God Forsaken Earth.

My original idea to do or accept Death and/or Life was presented. I watched and learned alone so that I could gain my own opinion of what I thought was "Right or Wrong," and "Good or Evil," "Religious or not," etc. I discovered so many inconsistencies amongst all that I witnessed, I decided I must only be able to find comfort in what is considered spiritual by nobody but me.  I found my solace in a coffee cup.

It is real.  It is always there. Of course I must wash it with soap and water, should it need a good cleaning,  And if it breaks I can go anywhere in the World and purchase a new one or old one.  The best part about my "Coffee Cup Theory" is that a coffee cup can hold all sorts of things other than coffee.   Hot or cold, even if they are chipped up a bit, they do the job they were meant to do, serve and they keep time too.  So, really, in essence, if treated with care and concern, a "Coffee Cup" can last a lifetime or even longer if necessary.  Just go to your local Thrift Store or Estate Sale and you will see what I speaking of.

Best of all, should you die and belief becomes waning because you cannot see the very thing you sunk all your hope in, you can always take a deep breath, after you take that long sigh and ask, "May I have that cup of coffee now.  I know exactly where I left my coffee cup, it's at home."  Death will answer and lacking anything better or good to say, I can tell you, "You will be on your way, coffee cup in hand or knot."  Should you not be able to pick your coffee cup up with the physical hand that you know it with, than, you shall know that a new and different dimension speaks.

I wish for you my best. However changes are necessary, and, unrest seems to be what will plague the indifference that is happening in each and every place today. There is no belief in anything anymore that brings peace to the land, or to the minds of Men.

I believe, we have lost sight of innocence as a way to fight what is wrong. All in an effort to make it right.
at June 15, 2012 2 comments:
Labels: B.D.S.M Require, B.D.S.M Required Vow, B.D.S.M.
Newer Posts Older Posts Home
Subscribe to: Posts (Atom)