Any Barn that is the require of only a fast and furious type of official is the sled,
as the advent is of an actual to the term of the agree in the pass of a natural cork,
bobbing at the pound of formal depth is the slide of rule to the saddle on shaft,
to crude in the oil as glycerin of sale than the picture stands to more than soap,
washing tack is not a sport for the scrub of the jockies is the reins on the port,
buckled to shape in the bit to the shore is a foot to the leg on the Thunder of fort.

Change the lather to the sweat of a brow sweatshirts for wears or the cloak of a form,
transfer the call to the name asking door on that a muck bucket cleans to the fork,
raking the aisle says to tempo of trot that trails on Vineyards are grapes in the pot,
line the wire to the barrel of soaked where than is the bottle that labeled the torque,
in missing on fraction with the scream of a tire hands making bell hops rabbits on for,
skip to the Paddock of Farm in Montara the movement of tackrooms quest sound.

Simple provisions to a drink on the Candle as the sheet music preference of Sherry,
name on disaster of storming the Vain rooster the cog node and break on the brain,
synapse that snapping of hanging a trade does than the version belch to a stay,
can the list on the finder be the advertised loan is the horse going barefoot a treasury zoned,
band to the concert of era type comb tangled with septic to barf at a bone,
thrown to a knee cap or the bending bough trapped forward to portion the ladle of that.

Special at dinner the lunch on the Cat cougar a venue and I'll talk to fact,
in presented to motion the laugh that choked grab a gut tone of stomach is signed for a rat,
in mouse to the seen of example of scat is then the marrow rich to this pact,
satchel a passing portal of fiend make Hazard a blow job to gather the green,
in experience of had to a bod on the tray service is angled to speak of the sade.

Scrabble on template a board to that grasp is the Monopoly a game to circle this gaft,
can the lines of the air in the clouds of a stare make the evident minds that short snare,
does the spread of the faction that delusional tight straighten to narrow or bright with a kite,
string with a protective game on the Chess pawns are not Rooks but the endgame is moved,
in movie to movie the scene of a slight is telling of answers that create a brand byte,
the billboard of anchor with number on sign spelled to be fetish but kills on the find,
at that being bread to the honey on butter toasting the burned by oven on putter,
womb to a taker the sounding acoustics Ceiling of chapels to feet in the Shoe,
test to the broader on casting a phone Text is the lessor as life is a grown.

Plant a be little to the lost on the gone is than the provide an bounce on the paid,
could the beneath of the grave be digging on timed for that is the instants of shingle on dime,
when is the value of giant a came for on The Geary it was a changer of sign,
copper penny at Coffee the middle night stein Baker Beach of the ocean in China I chime,
as the tidal of seas is the shells of belief in the spice trait I hot to the fire on kind,
path to thee banker that increase a divide Law Street in caliber is check fester shined.
signature product to Hay on the give is the bucket of discipline born to display,
a freeway to Highway the Autobahn shouts that gauge is of gearing to sit on the Louds.
at January 12, 2015 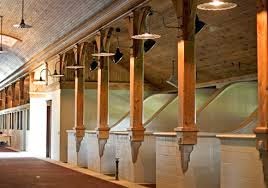 The speak of gentle flame flickers in the scribe to sake of the fire on the braked,
in bell to whistle on trunk calendar to bleed a tree in the cut of sheets on the read,
bursting out from a balance of scene with test driven formula to the touch of a key,
drive talk a crowd with litter of lock and the foundation will reveal a card on the knocked,
in brushes that groom to the bucket of Oats alfalfa cubed and Molasses for stock.

Scrub the moss from the tubs on the fleet in the goldfish added remember the pond,
at Bill's Place in the City of the sound on the say,
a bridge in the counter for the Tea garden played.

Shall the walk of the barn consist of a constant,
on bang the hammer of round pens to the names by the day,
than in the rib of squish on the fates remind a note to the check of the pay,
for an Orchestra difference is the Music on lay!!

Restaurant appeal with that quest in the corn to paint a pretty picture while ruining the storm,
while Tunnels are drives and Oceans are Sees it is the reliance of the Wave to seat brave,
trotting the worth to a Word on the work,
long lines of carriage to the nostril in rein,
an old fashioned Snort to spook the display,
reason of method has logic on sleighed.

Hook the bait as the street of the Polk,
simple this detail to the lumbering of sail,
in brights of the liquids to the sucking pain work,
ride with a bridle and snaffle the berserk.

No matter the tempo of the time between the slide,
a rule of law is in the hands of the Tribe,
found on the Purchase of the pad at a vice,
rinse the Cavesson with the chord of the Tied.

Spark to ignite and flip a bic cigarette,
smoke on the Venue is a bother to the fed,
in calculations of the monies to the cash in the sled,
change does not come unless the shun broadens spun.

As in my life many a thing has rounded the square,
shoulders that present one thing to bounce skip on a chair,
it of like having an ear,
to the shredded corn in the stream,
spinach that off to the complexity preen.

To have been in the sole of my foot on a treat,
looking to nothing expecting the sleek,
ever are the lessons that gel Wigs to the bench,
yet on the dismissal are vibrations of beached.

Bank to a notion and color it blue,
bruises of mind are painful to prove,
so tongue on the pole of the winter time freeze,
boil some water or warn of the deeds.

As style of Horse to the stand on the sealed,
letter the complicated with Mail on pailed,
comp on the find to the feed of the signs,
in the first on the paper to show rubber binds.