US President Barack Obama has signed a memorandum to expand a vast marine reserve in the Pacific Ocean.
The Pacific Remote Islands Marine National Monument will become the largest network of oceanic protected areas in the world.
The memorandum bans commercial fishing, deep-sea mining and other extraction of underwater resources in the area.
Environmental campaigners welcomed the move although some critics say President Obama could have done more.
"This really is a matter of stewardship. It's also a matter of generational responsibility," said US Secretary of State John Kerry.
"We have a responsibility to make sure... the future has the same ocean to serve it. Not to be abused, but to preserve and utilise."
The Pacific Remote Islands Area consists of seven scattered islands, atolls and reefs that lie between Hawaii and American Samoa.
The waters that surround these islands are home to corals, seabirds, sharks and vegetation not found anywhere else in the world.

President George W Bush set up the marine preserve in 2009 but until now it only encompassed an area 50 nautical miles (92km) from the islands' shores.
Now the protected area is being expanded to 200 nautical miles from the unique atolls. It will cover 490,000 sq miles (1.2m sq km) - an area roughly three times the size of California.
Mr Obama first signalled his intention to expand the monument in June and asked for comments on the final boundaries from fishermen, lawmakers and scientists.

Environmental groups greeted the announcement and said they hoped it would spur other nations to take similar steps.
"The president acted expeditiously, while the area is still largely pristine and undisturbed," said Frances Beinecke, president of the Natural Resources Defense Council.
However, some critics say the expansion falls short of what Mr Obama could have done had he used the full extent of his powers.
The islands affected are divided into five regions and the expansion only involves three of them.
If Mr Obama had expanded the preserve in all five regions he could have protected more than 780,000 sq miles, some environmentalists say.
at October 06, 2016

President Barack Obama has created the first underwater national monument off the US east coast, protecting a vast ecosystem of canyons and extinct volcanoes. It is home to thousands of rare species, but is also a source of controversy. 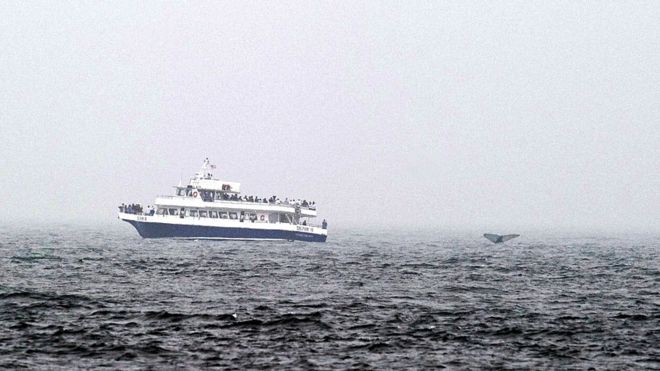 Supporters of the monument argue it will help other industries. Whale watching is an important source of business along the east coast of the US, contributing as much as $450m (£347m) a year to the local economy. Humpback whales, orcas and endangered sperm whales will all likely benefit as a result of the new reserve. Essential sources of whale food - fish, squid and krill - gather in the area to breed.
at October 06, 2016 No comments:
Newer Posts Older Posts Home
Subscribe to: Posts (Atom)