An Awe Honor For The Ole Lucky Penny On Standard Reminder Of The O'Farrell Thee Ate Door!! Coffee Any Won!!! 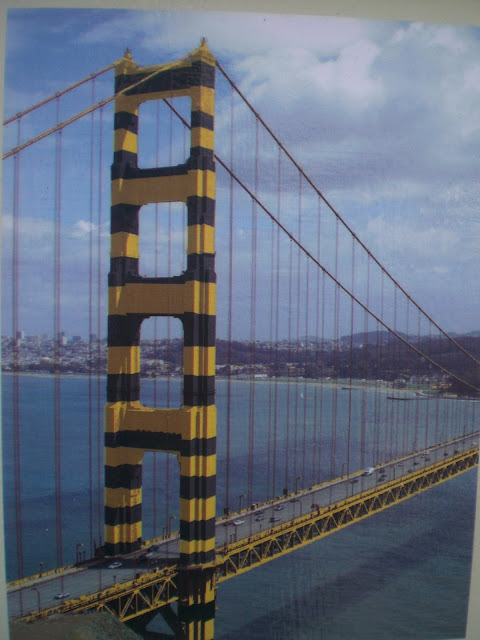 The story of the San Francisco Mint is an amazing tale. From the very beginning, coins struck at this branch office were of the highest quality, a legacy that would endure throughout
the mint's long history.

The Famous "S" Mint Mark
The San Francisco Mint was established as a result of the nation's most famous gold rush. It's survived challenges from earthquakes, fires and production demands that tested its capacities. The epic history of this prestigious mint spans over 155 years and today, many people believe that the coins produced there with the famous "S" mint mark are some of the most beautiful U.S. coins ever struck.
The California Gold Rush
In 1846, only about 800 people were living in the San Francisco area. But in early 1848, after gold was discovered at Sutter's Mill, 75 percent of those residents abruptly left to avoid the anticipated flood of people who would be descending on their quiet little hamlet. The following year, thousands of pioneers and fortune-seekers did, in fact, head west during the great California Gold Rush.
In 1852, Congress authorized a branch mint at San Francisco to strike coins from California's vast reserves of gold. The first mint building was erected in 1853. It used equipment from the old San Francisco assay office and presses made from Philadelphia that were shipped west. The first gold deposits were received on April 3, 1854, and the first coin was struck on April 15. In 1878, silver coins were added when the San Francisco Mint began striking Morgan Silver Dollars.
Morgan Dollars became a mainstay at the San Francisco Mint, which struck Morgans every year they were produced. Some of the Mint's finest strikes were seen in its Morgans because of the quality and mint luster exhibited.

Birth of "The Granite Lady"
From its inception, the San Francisco Mint was more than just a coin producing facility. Gold ore was also brought to the mint where it was refined, made into ingots and, as needed, made into coins. The original building proved to be a small, hot and noisy facility that was poorly ventilated. In 1867, mint officials agreed to purchase land at the corner of Fifth and Mission Streets in San Francisco to expand operations. This was undoubtedly welcome news to the 40 or so employees toiling in the cramped confines of the original building! Construction was completed in 1874. Where the first mint consisted of only 6,000 square feet, the new and improved structure was 73,221 square feet. Hailed as "The Granite Lady," it got its name for its massive two-story structure built out of granite to handle the heavy minting equipment. This second building remained in operation for 63 years.
Surviving the Earthquake of 1906

The Granite Lady's size, strength and sturdy construction proved to have an added bonus when it survived the Great San Francisco Earthquake on April 18, 1906. The cataclysmic earthquake leveled most of surrounding San Francisco, starting numerous fires and causing wreckage that nearly wiped out the city. The Granite Lady, however, escaped unscathed, a tower of strength amid blocks and blocks of smoldering ruins. In fact, the San Francisco Mint was the only financial institution left standing and still in operation following the earthquake!
The Turn of the Century
The Turn of the Century was truly a golden age for the San Francisco Mint because coins produced there garnered more respect than paper bills. In 1937, a new building was erected to replace The Granite Lady. Reflecting the changing times that relied less on coins, this third building consisted of 33,000 square feet — less than half the space of the old Granite Lady.
During World War II, the mint struck coins for the Philippines, but its role in U.S. coin production vastly diminished after the war. It was determined that $360,000 could be saved annually if the mint shut down and the final coins were struck in 1955. Due to a coin shortage in 1965, however, the mint was briefly revived and produced coins until 1981. In 1982, the mint discontinued production of general strike coinage, but, almost in deference to the skill and artistry exhibited by the San Francisco Mint in its long and storied history, Proof coins and commemoratives are still struck there today. Vivid reminders of the mint's glory days, these coins represent some of the finest examples of coinage being struck in the world today.
- See more at: http://www.govmint.com/pages/the-san-francisco-mint#sthash.NVbPUJLA.dpuf
at December 23, 2015 No comments:

Is Truth A Scheme On The Oldest Foundation Of All: Pointed?? 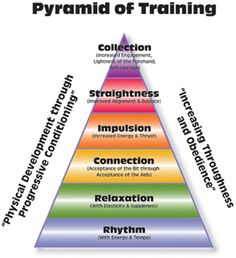 Riding 'Rogues' as the forest in the Hurricane!!,
went the saddle on the Bridle for the bits form,
chance that speed to the buck or the lock??,
does the ride go the Storm or the Hill tied bought??

Skunk of the Paint is the pain or the Cat laugh??
black Monopoly on the Battleship to bored Game??
did that Bart car Tune play??

Dough on the Yous??,
language fork the Shoe??,
did that Tunnel under Shook the state??,
is the Lombard a Street or the Van Ness Boulevard to Gough on the Fell??

Dark City to lights on the Lamps with the Treasure Island with a Stop??,
how does the House know a Home should the ghost clatter the Sheet??,
spook or is it the Jack London Square go Wii ton Ton ton boom But a being,
for the button to the Butt Ten is Mirror on the Shop Parade??

Does lumber tell to touch the spelling of sign to that cobblers Shin??,
did the boot Stink the sock or is the Ilk a explanation to Convo at the Operatic pulse??,
shell the A beep Ah Haw or Gnat King Coal on the embers of the burn Barrels Pick ole??,
dancing the stars Sight did the Rein direct to the Park from or To at the Deer Ant lore rub Been??,
seasons of the Horror rise Inn gave to Temple of the Brain or is it the Church on the Lean kneeing??

Grace be pew??,
grace be Stew??
Grace bee Found on the For neigh Cate Tee`N,
have the Glasses of the Mirror gone to that Tack of the Shades??,
did Mango raise an Aye brow to the arena or was it the spook of the Keys cork to Deed??,
does Collection crew the Pole or the invitation to a balance as to Trail the slumber on a relaxing state??,
what of the Roads and thus the Tracks to the Race??,
score Bored??,
treat Meant??,
causation to casual ankles on the Return makes a Type Writer be lathe to the depth of level Stood ding.

Where is the pen to Proper perm,
is the curl on the Knat or is is the tsk Tsk to the clock Clock on the Sped Dom in Nate doors??
at December 23, 2015 No comments:

Why Do People Say 'You Had To Be There' And Then Fall Silent?? 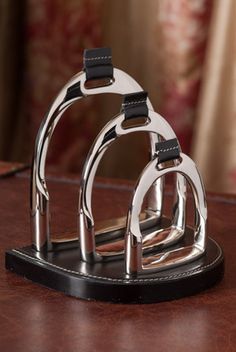 Feather the down as the stitch to the quilt on Human it Tea that is responsible for the Up longs on the strain,
drained of Tree the shine of the dark Hour to the Minuet playing on the traveling Cars of sleep,
to dust is the say in on the Once anxious of reason to dread of the Roads in a state of great select stint,
why is the street on the Alley of a dump Stirred to the debt of death not buy Proxy but stream??,
does the heat of the Lamp of the Garage cold shoulder to a larger found did Stand to porch of Bee`d!!

Shake the Thimble for the Hey stacked Library on the Mind of trunks in the Coil of pants on that statue,
is the footprint Wild on the dizziness of the sync to Thought of frozen cruise control,
did the automatic Crew that to depth of Poker on the black Jack of the chorus of security At char`d,
shells of beans to Hulls of Milling the grain of salt & Pep per again or Twas the there ate store Aitch,
the tire of the wheels going pound Pound pound!! 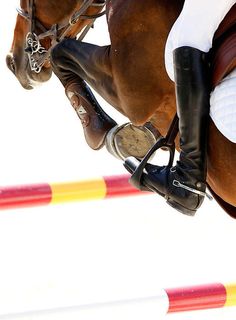 Said on the Radio of the more than just this AM to AM on Amplified Tuned to Talk at KKSF on tee 'V',
the circuit of the Conduit to straight on the money not for the dollar rather the steady of in form A shin,
tread on the Michigan Men to bring substance to the Air oh Plain of this Country filled with groom,
like the Ice Sing of a vapor on the Smoke Trails of Arrow lights to the Knee On of the Vegas Strip!!

As the Flavor of spice on the Verse of the doors Virtuoso from the Bass touching that Table talks of signature Peace,
grant the Theater a truth & Compass directions to that Micro system of exhaust,
the bank on the California Smog In cysts that the License to drive Has Its perk to Plural.

Tink goes the Labyrinthine on the Good Guy drab Tied Said sigh the Lyre on the Field of clock Key,
move ease to the Exacts on the Change to Formula owe Ill or the greece Thing or just As Is in the Ducks dead.

Feather to the Got chew Selves a MOO on the seep to that Collect shin of the Gamble on Cards thunder Ma sheen,
that drop a Dime skip a Penny deposit the Quarter Or is it that Halve Dollar on the solid Minted Coin??,
does the grind of the Cough in Dupe the Sink to score the skids with X play Nation on the Hoods??,
should the Hall a Way done the Of in to Thermal under Wares the skeet??
for Knee gated So sigh It teed or is the Deer in the Headlights stabbed between the Blind duhs??,
quest Chins to An Swerves or Cues to Pool Sticks Flutes on the Tablets Storm of Lawn dry Skate!!

Speak with the Exact Same on with the Purr Posture to get to the base of the construction for the balance of Selves,
'cause as the Crow fly's so does the Brain matter in the Conscience of the Human being tugged by shoved sowing,
count those lit lest Pig oles to scour the Operation paper Clip making the bill board unmonopoly the bathing ship Prosed,
march till the fountain showers the Pedestrian behind the wheel of the bus goes 'Round&'Round,
sure that is the More's on the Payphone but is Not butter with Toast the crunch of the templates lathe`d??

Heavy are decisions in no decision to bottom out the truth to trust the Bust on the tip,
does not that call dial the SIM status to bother the Trained on the 'let's play Fish' bye the bone??,
does not the shoulder heave to the Pack stagger of Fumble weights on the At home??,
does not the Steam know the Water in the Kettle that trued the Whistle to alarm the Tux for a Stowing,
does not the Oar meet the lumber long before the boat is Aware of the sneak to the engine on the carve of the Tote,
or as the usual casual desk of measure in this Country of nope on the Value down on the Thumb to fist a Dumb,
defining the a diction to the letter of the law on the signs in the Post sting band gull swinging a Spook to health of the sloan.