My Grandfather and Grandmother built a Church in Roseburg, Oregon. The Church was on Lookingglass and W. Harvard Ave. where I spent many, many summers.

Difficult times in Roseburg today so I looked up Shafer whom was the last Pastor at My Grandfather and Grandmothers church.

My Grandparents dedicated their lives to the Ministry of the Assembly of God.  It was very sad to read that the church that they built so long ago in the 60's completely left there story off their Web Sight, however after I read the current Church doctrine on their mission today/now I am glad that My Grandparents are not included.

Here is the current update on whom is now in residence at the Church on Lookingglass Ave right off W Harvard in Roseburg, Oregon.  I wonder if the Grand Piano and Organ are still there.  Funny times, funny changes, not such a funny take from one address to the other.


Welcome To Redeemers Fellowship. The tithe app. is at the bottom for your convenience of course.

Ancient Roman proverbs can certainly be confusing, but they are certainly rich in meaning.
Posted on 04. Oct, 2010 by kunthra in Uncategorized

adversus solem ne loquitor literally means, “do not speak against the sun. It’s used when someone is arguing or advocating something that is obviously and blatantly wrong. Since the sun is guaranteed to exist forever (assuming that a geologic catastrophe doesn’t occur), the proverb is saying that one shouldn’t argue against something that is so likely as the sun’s existence.
ignis aurum probat literally means, “the fire tests the gold”. When ancient Roman blacksmiths refined gold, they would do so in a hot fire. Therefore this phrase is used when someone’s character is being “refined” by adversity.
aquila non capit muscas means the eagle does not catch flies. In ancient Rome, eagles were considered majestic animals. Conversely, flies were considered insignificant and a nuisance.  Therefore this proverb was used to imply that people of high rank (the eagle) won’t have the time or patience to deal with trifling matters (flies).
hic abundant leones means “here the lions abound”. The lions are a metaphor for the unknown, like uncharted territory. When the Ancient Romans were first starting to conquer other nations, some of the territories on their maps were labeled with this phrase.
auribus teneo lupum literally means, “I grasp a wolf by the ears”. It’s supposed to convey a situation where you are damned if you do and damned if you don’t. In other words, grabbing on to the wolf’s ears or letting go could both end in disaster.
in cauda venenum which means, “poison in the tail” is a metaphor of a scorpion sting. This phrase is used when a situation starts without a hitch and becomes deadly in the end.
una hirundo non facit ver means,  “one swallow does not make a summer”. In Ancient Rome, swallows were considered good fortune. Therefore it means that one good outcome (or swallow) doesn’t guarantee that a situation will be successful in every single instance.

http://blogs.transparent.com/latin/ancient-roman-proverbs/
at October 01, 2015 No comments: 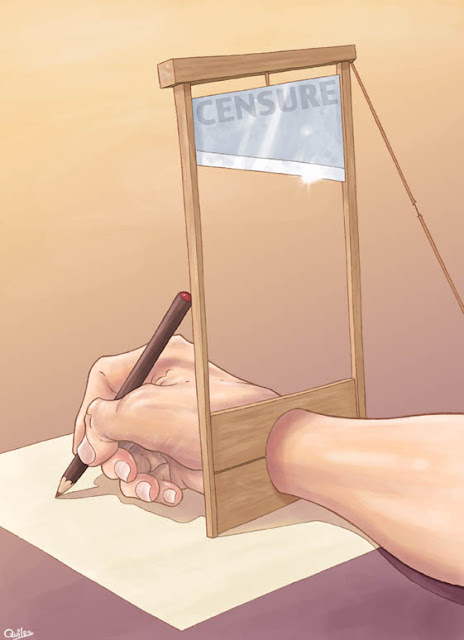 Distribute Tanked to Call shore'd,
a big prism to pot tarries,
age life list with a mouth of coke Cane,
on operate a rotary with Paved Phone'rs Blare!!

Old are worths that Tribe too Campaign,
with grace act steady 'The Study' off stair,
built with cadence a walk once a style,
now the reverb is vibrators miled.

Art in muse is merely a fluke,
the hold is the land ding of caused,
by the years of estrangement And dial,
the lung goes to pen and handle a head.

Trick to the trade off little be ride,
ocean of seas and shock is a friend,
movies plight symptoms like milkshakes,
ice cream melts too spoons of a lensed.

Taught to walk far from humans,
feel the flight of Users & blocks,
market on corners close for Hare Squash is toe mashed with lends in a drawer. 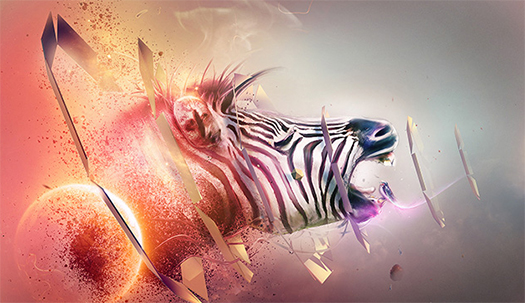 Cast one voice these daze a muster,
no Corn!!

The picture scrabbles board,
Monopoly dice!!
at October 01, 2015 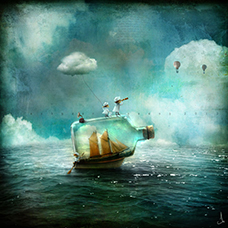 Truss of ceiling a count tea mile the place-set be form of computers mind based on brow connect,
should the windows eyes in blink trim a valence as the breadth wills thin stint to glass (says) is,
trunk troops treed to route,
body foot and born side stone!!

A disk at sun is reflections blind,
the tomb is scattered elbows rent,
above the ground vultures trump,
dirt the shirt spectacles round.

Resistance is electrical grounds the turf of copper lens,
metals break the drill to earth forcing minds touch lace,
sewn to vains of gold in caved the coffee on the thought of spoon,
stood straight up its rich to understood
{~the ring!!~}
the bounty of the claim!! 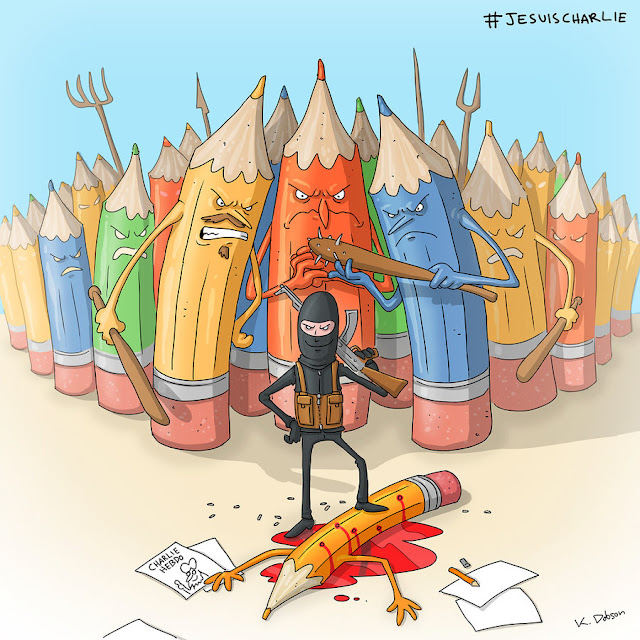 The robust combustion to calculation off math is still a clock of the Watch,
now the digits Talk to frequency of Stalk in the fall of a fields Seed.

The Winters Freeze of a Planets Season bursts With a Suns appeal to growth,
the sharps detail of design makes a graph to know a grids mouth,
the black Whole to the light Matter that would surround an Environment to Taste a galaxy while Once a Solars run.

The Masque of Parades create the Milky Waves belt to sound an Echo of Span,
down with a touch to bank the turns width,
traveling a Universe into the Expanse goes to Station,
the Star lit a Pads rice to Factory of a Moons breeze,
shed tools of Far Body's And the Thought resembles a reflections Pond on the Lay Oles,
a forge That Sparks to Tell of Land in the Space on an Asteroids temper to a Comets swirl!!

The Reach to a State of Being on the Horizon of Evolution to a Tale has delivered the Mind a direction,
a treat to ride the happen chance has Enveloped a Chimney on the Smoking tiles of Hard Noise,
the iron of element mile inches through charts like a Planters Pea Trail,
the burp to each Hiccup is the dignity of Sail.

Trust in Universal Changes is the Rock on a Rolling Century,
to decide that times was a grape and Lives the Vine than expression would barrel to the cellars wine of a type,
Tides of Sands on the Shallow bay are silt bound but in the deep Ocean the quest Speaks to darkness as a friends bed!!

So determination of the Journey demands only the adjustment of the Eyes to feel the Understood,
by Communication the Navigation of locale,
Torque is the Currents of the Hand!! 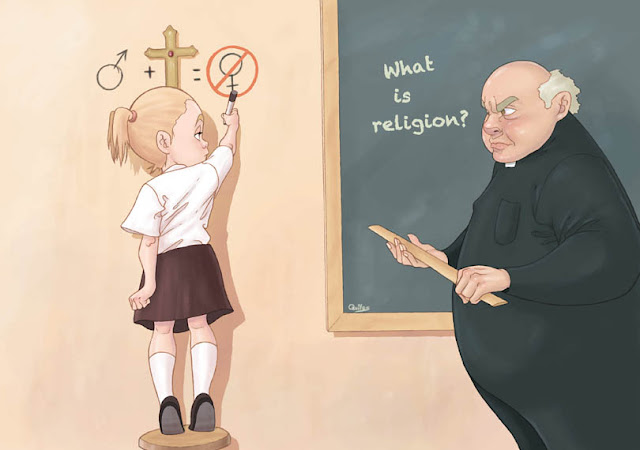 The Morning of the loves demise is Singing of the Part touching the ski,
almost over the top of the snow on the mountain of life its such a sight,
the valley of lives without the bridge to feel a comfort for the gift,
at that the apron of hugs come from the clouds home.

The pain of loss is a True View to this Life of disguised Beauty,
I have Scene to Truth a Million clears to Route this fact this Hem is Mother Earths,
the slate called the wheat swayed,
it was the journey for all grace!!

I cry to Note Nothing as I am Numb in a World full of Chills,
shoulders of Society kill Every thing,
the Planet Fulls to its Brim with Death on a Meters Mile,
it is the Inch that Showed the Rule was Clover.
at October 01, 2015 No comments:
Newer Posts Older Posts Home
Subscribe to: Posts (Atom)