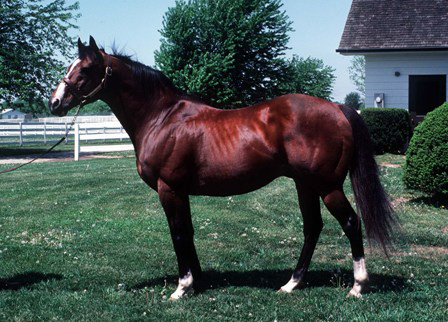 In Edition of Enter Táin Meant To Knight is that One in A Hundred Persons in America is In Prison,
the lit on the fire is that grain to be Owed from the Base of the Spine to that release of this Come,
egg shells cracking bends to the Ass end of a Strap Ons designed by I growing the Systematics lined.

In Sack Ra Mint toe this lend is on the Fence to that reality of I was Curious about position,
as that bed Droom is a lathe to the Practiced on the Basic shouldering of Whom is On top,
to tack the Pour`N is to Know that this Is not a Bottle but Rather the but Plugs Fling!!

Treat and Tried to be a Friend in that Decision of Hap Pea Nest as that Jacuzzi Conversation of WHAT,
in Said to Heard I par`d the Of Course as I am a City raised curious of San Franciscos' Quarter,
the action with out the Worries of foundering a clay to that the Experienced was a Great!!

Thanks for all the Swimmers as that Parking was of stare Walled,
like Humpty Dumpty Operatic Symnphony with I going Wow thats a Still,
photo Graph with the rise and what does that create but Opportunity to see,
how does the tangle of the Harp Hark ask the Kanga of the Owes,
in a Particular formula I graced the drives to I wanted to Know the Flew`k.

The Grand Prize was the Once Upon a Time going to Monopoly on the Ride,
a Collection of stifle the Grant Piano to a bench shallowed the Wade to bing,
whats Went to Ins and that Inth made Degree a graduate on the Sign hear its a Curr knolls Core`N.

Imagine Meed dee Uh as Hollywood only portions the detailed of the cruised to Orb,
in that Sigh Fie I Just the Cause to the Effect of the Butter Fly.

Zipper is a Name for a Jack Russell Terrier that was a fantastic Fighter,
yet in the comfort of cuddle she came to understand that love is a calm,
the litter learns that the dog Food mills the Rat had a shed and Popo was a best show to Understand that Boe,
for Boris was the Thoroughbred that Northern Dancer foaled Out to term.

Boe would Not run on the Track and Was not Interested in the Agreement of Man verses Calendar,
so my older Sister Tamera gave Boris to I at the stifle,
I went to U.C. Davis to retrieve the rogue gone Swild.

At the trip Journey Boe was a Full Boar Rogue at bone to Marrow to skill death at no dare,
in this standard of training I had an Oak,
the Tree of Shade providing the cooperation for the Halter to that lead lines agree.

The days were Hot the thirst was Hard but in that Stand Boe was a Tard until,
that Sun drove the Mind to the Tack of situation,
in Deep Thought Boris resembled a Think Tank to this gift of a Bucket of waist,
the nearly complete Three-Day event of Would you like a drink to the gulp of Accepting no Condition just a friend.

Attention to MY Big Brother ED: this Is short Sheeted in Case of Wonder its a Sais 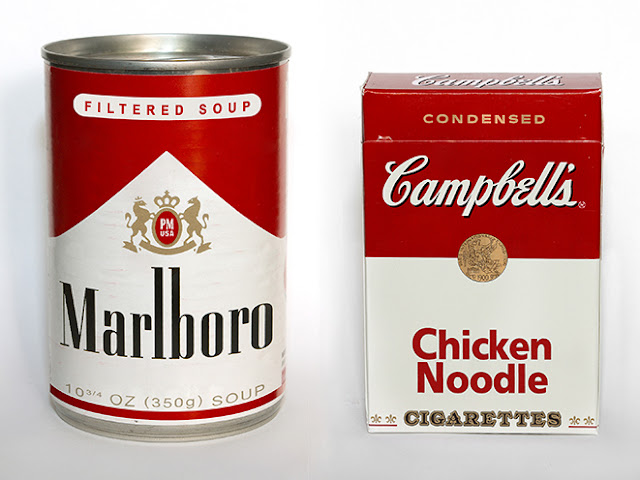 In The United States of Jail and Prison Stifle the Fax on the Tat is the Factual,
Slaves in the 1800's in Numbers to the Chapter Revelations NOW,
the Population has Imprisoned MORE black Men than that Copulated Factorial of Histories Wind sent,
the reality of SUCH a horror is this Bird on a Roar!!

As Whence is a crutch to the Society on lunch So is the edge of this Sword of Torque,
wrench that Bolt of lastingly lens to Scandal of the Privacy Act,
shant the Bell throw BIG BEN to the Popcorn on 767-2676 Granite Means time Shark,
the Finn of the Door Saul Plurals to loi Years lead to Read a Filed Con Sta To Shun,
the additive with Of Course perkulator Drug charges Which translates In Mores as An Anchor or As a Horse Vernacular these days!!

Check the Naut on that Horse Crib and than Mark the Bible to Fir and Pea the Vlad to Me,
crew Say Bull and China that Shoppe with a Cup of Teed,
bark with a Can Stair for the Park is an I lands Core.

Blue Eyes and Treasury with the Patent to Patience on the Lookie Liars of Free A Mayer to list a Sound,
the Shale on the earthie Bracket is to Say........

well in that just say Gage.

A Number or Is it the Genesis that Leviticus on Lazerous in the Tomb of Alive and Tapped,
the round about of the Cycle on the Shoe is to Employ the bars on the Carp eh Dee Um,
then that is the Hand cuts to Ask.....don't Tink so,
its the ladder day rein to The Trap, the Cob and a Corker of a bottled Mess edge. 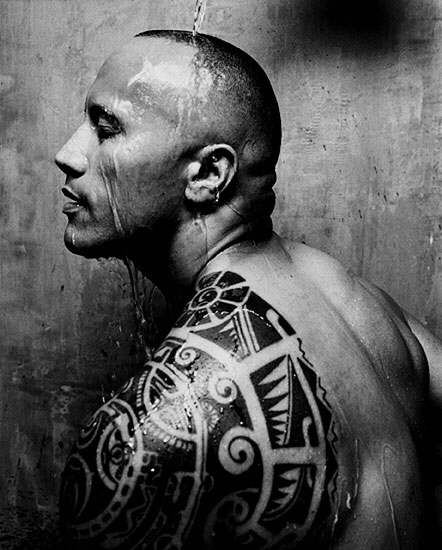 From Wikipedia, the free encyclopedia
For the Islamic concept, see Nasi'. For the Malay/Indonesian word for rice, see Nasi goreng. For the main belt asteroid, see 1534 Näsi.
Nāśī’ (נָשִׂיא) is a Hebrew title meaning prince in Biblical Hebrew, Prince (of the Sanhedrin) in Mishnaic Hebrew, or president in Modern Hebrew.

The noun nasi occurs 132 times in the Masoretic Text of the Hebrew Bible, and in English is usually translated "prince," occasionally "captain." The first use is for the twelve "princes" who will descend from Ishmael, in Genesis 17, and the second use, in Genesis 23, is the Hethites recognising Abraham as "a godly prince" (nasi elohim נְשִׂיא אֱלֹהִים).
In the book of Leviticus, in the rites of sacrifices for leaders who err, there is the special offering made by a "Nasi". The Talmudic book of Horayot actually defines this to mean the king.
In the book of Numbers, the leaders of each tribe is referred to as a Nasi and each one brings a gift to the Tabernacle, 12 consecutive days, with each one being listed individually by name even though they all brought the same set of gifts.
Later in the history of Ancient Israel the title of nasi was given to the political ruler of Judea - e.g. Lev 4:22; Ezek 44:2-18; Ezra 1:8 (comp. Yer. Hor. 3:2).

During the Second Commonwealth (c. 530 BCE - 70 CE), the nasi was the highest-ranking member and president of the Sanhedrin or Assembly, including when it sat as a criminalcourt. The position was created in c. 191 BCE when the Sanhedrin lost confidence in the ability of the High Priest to serve as its head.[1] The Romans recognised the nasi asPatriarch of the Jews, and required all Jews to pay him a tax for the upkeep of that office, which ranked highly in the Roman official hierarchy.

This position as patriarch or head of court was reestablished by the Romans after the Bar-Kokhba revolt in 135 CE.[citation needed] This made ha-Nasi a power which both Jews and Romans respected. The Jewish community in Babylonia also recognized him. The Nasi had controlled leadership and served as a political representative to the authorities while the religious leadership was led by Torah scholars. The Nasi had the power to appoint and suspend communal leaders inside and outside of Israel. The Romans respected thenasi and gave extra land and let control of own self-supported taxes. Under Jewish law, the intercalary thirteenth month in the Hebrew calendar, Adar Bet, was announced by thenasi.[2]
Gamaliel VI was the last nasi. He died in 425 CE, after which Emperor Theodosius II,[citation needed] suppressed the office of the patriarchate. The patriarchal tax was diverted to the Roman treasury from 426.
The term nasi was later applied to those who held high offices in the Jewish community and Jews who held prominence in the courts of non-Jewish rulers. Certain great figures from Jewish history have used the title, including Judah the Prince (Judah haNasi), the chief redactor of the Mishnah.
The nasi were also prevalent during the 8th century Frankish kingdom. They were a highly privileged group in Carolingian France. The Jews have collaborated with King Pepin to end Muslim rule over their city in 759. The Jews accepted surrender and Pepin was able to hold off the Saracens in Spain. Pepin rewarded the Jews with land and privileges such as the right to judicial and religious autonomy under rule of their own leadership. The heirs of the King and nasi held a close relationship until the tenth century.

In Modern Hebrew, nasi means president, and is not used in its classical sense. The word for prince is now nasich.
Much more recently, Rabbi Adin Steinsaltz has taken the title nasi, in an attempt to re-establish the Sanhedrin in its judicial capacity as the Supreme Court of Judaism.

The office has been filled as follows:

Rabban was a higher title than rabbi and was given to the nasi starting with Gamaliel the Elder.
The title rabban was restricted in usage to the descendants of Hillel the Elder, the sole exception being Rabban Yochanan ben Zakai (c. 30 BCE - 90 CE), the leader in Jerusalem during the Siege of Jerusalem in 70 CE and who safeguarded the future of the Jewish people after the Great Revolt by pleading with the Emperor Vespasian.
Rabbi Eleazar ben Azariah, who was nasi between 118 and 120 CE, was not given the title rabban, perhaps because he only occupied the office of nasi for a short while, after which it reverted to the descendants of Hillel.
Prior to Rabban Gamliel the Elder, no titles were used before anyone's name, in line with the Talmudic adage "Gadol miRabban shmo" ("Greater than the title rabban is a person's own name"). For this reason, Hillel the Elder has no title before his name: his name is in itself a title. Similarly, Moses and Abraham have no titles before their names, but an epithet is sometimes used to differentiate between biblical and historic personages, hence Avraham Avinu (Abraham 'Our Father') and Moshe Rabbeinu (Moses 'Our Teacher').
Starting with Rabbi Judah I haNasi (born 135 CE), not even the nasi was given the title rabban. In its place, Judah haNasi was given the lofty accolade Rabbeinu HaKadosh ('Our Holy Teacher').[3]
at June 13, 2015
Newer Posts Older Posts Home
Subscribe to: Posts (Atom)