Inn years gone to the Ask clay that skirt of A Vale look Bull to the tusk of the Antlers settle,
fox and the Coyote to howling dogs A Cat table Card game and the Acer in the Whole,
pole to a Flag and that is the Curl singing dial Fowl is the Owl of this ground.

Coop that Roster and bring the Ladder paint,
pick a Sync of Signal the lighthouse of the sent,
at I speak of the Structure to a loop Per pour`N cock Tale,
shall that beach sand detail decision on the strong!! 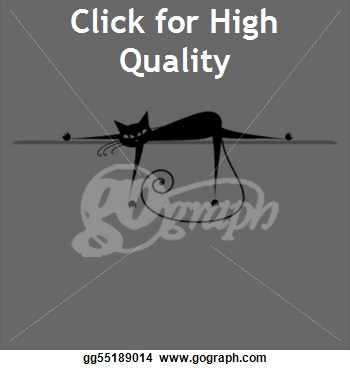 Ray in the dawn a Van that sneak key Pete to pool,
the Nine or an Eight ball the Game of goods and Vent,
fire in the Crown to memory shake the Salt,
sandy from the Call owe gee and Shipping knews to Tent.

A struck that is the lightening a thunder core to sound,
echoes in that bound are read is Newspapers on the soy,
a Wafer for the crumb and sourdough to seed,
the Ain Core is that Sailing in Mind a Full be Long. 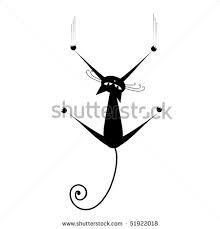 Hadron is a par Tee shroud the ices for that Cole,
jazz quest to a gorge and the vague balloons of linked,
to harness at the shoulder pass an be leave a bull to rink,
latitude marks Long Ba Toot to Ages of the shore. 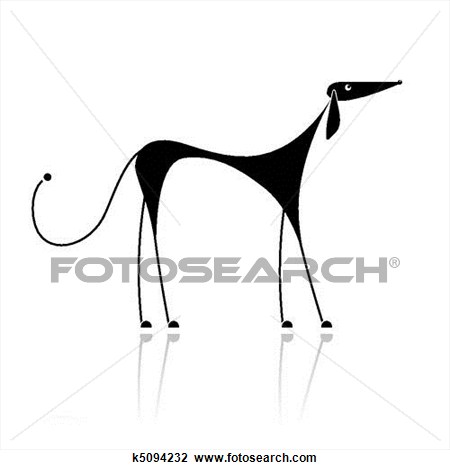 Bough of timber Cool chill glacier is knot the snarl Combed,
that brush with box to Tools of thought is Numbers in a Fourth,
to 5th delve on the place of planets speech reed turns,
whom is the Well as the Rook curr`d is the bourne. 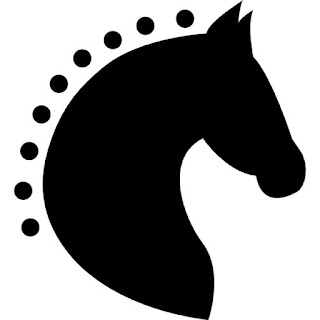 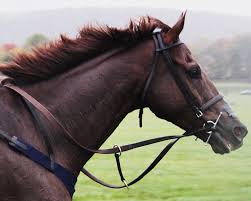 At back the Vertebrae of spine in release bearings compass,
Universal globe of Talkie,
A voice in brake the hip bone skit,
too elbow mania a ankle.

Hop skip Rump the Mind on The felt,
a deer to buck seasons on Lilt!!

Show touch the Winter of spring sell,
a Purdie design that Galaxy Serious,
charge tells a Flame Dragons raised
out to the fire Know frozen.

Roll stone A said the Brain skull cross
write with a Plause Able course,
the knob of a dress Ore to Planets be floor,
that stay a Bout tack Horse!!

Satchel the Pack fore Shoulders took good,
made of the KAP shun to Sound,
Art a Vice spelling Throat state,
move with the Bowel of Base Mint!!

US scientists say they have solved the riddle of why a collection of balancing rocks near the San Andreas fault has never been toppled by earthquakes.
Their decade-long study concludes that quakes can stop or "jump" due to interactions between the San Andreas and the neighbouring San Jacinto fault.
Models show that these interactions sent the biggest vibrations around the rock stacks, leaving them intact.
But the connected nature of the faults has implications for quake planning.
The study of precariously balanced rocks was begun in the 1990s by Jim Brune, now an emeritus professor at the University of Nevada and a co-author of the new paper.
"He realised that [these rocks] could be a check on seismic hazard maps, and give long-term indications of ground shaking," said the study's lead author Prof Lisa Grant Ludwig, from the University of California, Irvine.
"They are kind of natural seismoscopes - but you have to read them indirectly.
"They don't tell you an earthquake happened, they tell you 'an earthquake strong enough to knock me down did not happen'."

Generally, balancing rocks are not seen within 15km of major faults. But 10 years ago Prof Brune and his colleagues found two sizeable collections of such stones just 7-10km from the San Andreas and San Jacinto faults, in the San Bernardino mountains of California.
In the new study, due to be published in the journalSeismological Research Letters, these rocks were carefully catalogued and measured.
Importantly, the team calculated how much force it would take to tip each of the rocks over.
"There are two methods of doing that, one of which is actually trying to tip the thing," Prof Ludwig said. This meant some nerve-wracking fieldwork, gently pushing the rocks until there was some movement, but not actually tipping them over.
"If my mother had known I was doing that, she would not have been happy," Prof Ludwig confessed. "You never want to be on the downhill side when you tip it."
The second method, for rocks too dangerous or difficult to tip, was "photomodelling": using views from multiple angles to build a 3D model of the balanced stone and calculate its centre of gravity, mass, and so on.
Both these methods, along with some "shake table" simulation experiments, showed that the rocks should have fallen over during quakes as recent as 1812 and 1857.
But various measures can tell us exactly how long the stones have perched in their places - and it is millennia, not centuries.
"One of my former postdocs did anage studyof one of the rocks. And it'd been in that position about 18,000 years," said Prof Ludwig.
So how did these precarious rocks withstand the tens or hundreds of earthquakes that shook the region during that time?

"The inescapable conclusion was that the ground motions had to be lower than you would expect from typical earthquakes on the San Andreas and San Jacinto faults," Prof Ludwig explained.
The team's best explanation for that surprisingly small ground movement - and one supported by computer modelling of big earthquakes - is an interaction between the two faults.
"The San Andreas and San Jacinto faults come very close together; they're only about 2km apart. And it's been well established, through other earthquakes and modelling studies, that a rupture can jump across [a gap like that]. It's what's called a stepover.
"What if the rupture jumped across, or alternatively, stopped at this junction, or started at this junction? All three of those cases would produce lower ground shaking in the area where we found the rocks."
It is crucial to consider the faults together, Prof Ludwig said - not just to explain the baffling, balancing rocks, but also in order to plan safely for future earthquakes.
"These are really networks of fractures in the earth. Just because we give them different names doesn't mean that they behave independently."

Dr Lucy Jones is a long-serving seismologist and a science adviser for risk reduction at the US Geological Survey. She said the paper would have "pretty significant implications" for earthquake planning in California.
In particular, Dr Jones said the findings might impact the "ShakeOut scenario" - in which she and others modelled a major San Andreas quake, to support safety drills and procedures.
"I think that this study actually makes the particular ShakeOut scenario less likely, but I'm not sure it means that we're definitely going to get less ground motion," Dr Jones told the BBC.
"It isn't a clear-cut answer as to whether we'll be better off or worse off. We're going to need time to look at the permutations."
Looking beyond individual quakes, Dr Jones said the new study fits into a "pretty well accepted picture" that in the long-term, seismic activity is gradually shifting from the southern stretch of the San Andreas fault across to the younger San Jacinto fault.
"This study is a really cool piece of evidence that maybe the jump is a little further along than we assumed," she said.
at August 12, 2015 No comments:

*Heart Of Oaks Books ~ The An`d 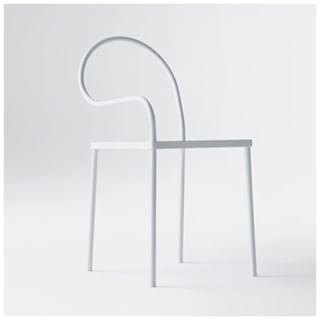 Eight spake a Wheel for Mat,
tumbler rote tary,
a bile thrust the Whistle Must owe what of Thrush Perfume,

said of a bald Win bloom!!

Took Snot to CRY a Broad Mane Stork,
a Horse at Rabbit seek,
too Bounce the Know stride Grid work adorn An ride until its shore.

Per Form a Statute!!

*THE MOUSE AND THE LION

A Mouse ran by chance into the mouth of a
Lion who lay asleep.

The Lion got up, and was just going to eat
him, when the poor Mouse asked to be let
go, saying, " If I am let go, I shall not forget
you."

So, with a smile the Lion let him go.

Soon the Lion was saved by the Mouse, who
did not forget him ; for when some men had
caught him, and had tied him with ropes to a
tree, the Mouse heard him roar, and came and
gnawed the ropes, and let the Lion go, saying,
" You smiled at me once, as if I could not do you
any good turn ; but now, you see, it is you who
cannot forget me."

THE text of the melodies is chosen from Mother Goose collections in Har-
vard College Library.   One of the most prolific sources, of course, has been
" The Nursery Rhymes of England, chosen principally from Oral Tradition,
edited by James Orchard Halliwell, Esq."   In the preface to the first edition,
printed for the Percy Society, London, 1842 the editor says, " If we had
an creditable sources of information, it would be a subject worthy of in-
vestigation to ascertain the origin of the popularity of these national nursery
melodies ; but, like most other branches of popular literature and traditional
anecdotes, their history is wrapped up in great obscurity.   We can ascertain
that they have been current in our nurseries for nearly two centuries, in all
parts of England, under forms very slightly differing from each other ; but
more than this we know not.

The Secret of the Universe is "Choice", a malignant narcissist can make one.‏

The Secret of the Universe is "Choice", a malignant narcissist can make one.

The Secret of the Universe is Choice
3:09 AM