I'll hire you in confidence, if you keep us safe: Intense! 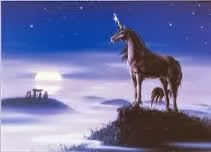 My lust defines my very being, as I am drawn deeper into this scene.
The desire of what I seek belongs, not to the meek, but to the song.
I draw not out what I believe but rather what I'd like to meet.
Bound by duty, stood with knight, the darkness of a Lord's delight.
I fight not what I want from him, I'd take it quick, just like a swim.
A breeze that blew him over too, the side that says "I would love you to."

Require you to answer why, would be the question that made him cry,
"You are my match, I need my light," in that instant there'd be no fight.
for when I struck the book you strike, you would find the flame; I might.
Be leery of this single tune, for in the end I'll never wound,
I only want what all do need, to bed you still, a mate for me.

So, quietly I announce myself, drawing upon the strength of stealth,
you do something unusual, my knees do quake and swoon I'll make,
the World will know that Earth does move, when a twin has been removed.
Creation stands to let you know, are you human or should you go?
Will this stance create a void, to be filled by not a boy,
by now a Man should have a plan, to save the girl who loved the band.

Altogether will they stand, upon the stage of life, it's grand,
to see, to do, to sing, to say, "Get the fuck out of my way."
Courage to blink or even think, that Nature watches to see your chink.
Armor is good, but style is better, for when Knights have swords,
there's always a be-header, it's just the way that naturals work,
they do their best, they have a quirk.

We love to win, we love to learn, but mostly we love to know that we'll be again.
Together, forever away from them, the ones that took us all for sin.
Separated by closeness that said, "I'm friend,", the trust is gone and now there's him.
So, come my darling, daring Man, be the first one with a plan,
to recover what's been lost, make my family safe not soft.
The price we payed is not compared, to what will right the words from Sayer.

I will speak or say the name, tell the ways and claim the fame,
either way, directions nigh, I don't care for any sigh.
Bravery is built within, you either have it or don't begin,
when faced with sin or gravity, the depths of Hell will suck you in.
Ignore the warnings, show not your fear, the demons love to disappear.
I watch with eyes that hide so well, I feel disguised while I'm in Hell.

But walk upon this Earth and be, the whore, the scapegoat or even me.
All that follows just wants to have, money, trusts and wills to salve,
wounds they make by no mistake, watch not yourself but what you make.
Announce your name, claim not your wealth, for in this realm they listen well.
Just bounce along, pay for your way, but don't ignore the life you've made,
for simply jealousy will take, in a moment they will break.

For happiness is far from here, and least of all they hold me dear,
to know that heartache and much more, will be my friend, for they abhor.
My strength of mind, my memory so long, my words so often don't sing, but song.
The fear of prison, the year of wake, becomes the day that is forsake,
not your spirit but your take, for say "Hello, I don't rape to take the lot of what you've done."

They will run into their minds, just in time to know the sign,
they scream, they yell, they persecute, they say I'm possessed and Satan's spew.
For in their cry's you'll find the truth, buried not, they do for you to see,
a show, a play, so they can say, "I never lie, for goodness sake."
A notion of what? I'd like to be. What they fear, they see in me.

Collective thought on his mind, but he must be not to far behind.
'Cause charge yourself, or pay the fee, but either way, he may want me.
Question not the days between, I hunt hard and he is mean.
So, run and hide but don't stand by, for pride will be what out's you see!
Shout your plea, deny your crime, but in the end he's still all mine.
at November 07, 2011 No comments:
Labels: 1st Single, A Stitch in Time, An Independent Mind, B.D.S.M Require, B.D.S.M Required Vow, B.D.S.M., B.D.S.M. Men, Discovery, Knot Logic, Know Decision, Life, Soul Friend, The Secret of the Universe is Choice, Thoughts, Twin Flame, Twin Soul, Writing
Newer Posts Older Posts Home
Subscribe to: Posts (Atom)