The stubble of the Pedestal to the Plaque of the stall door is as the barn of the Pastured,
it is the reply of only the foot to foot,
as the hemisphere!!

Should the back to basic not grain the Cactus the water reserved,
salt once the ocean at the lake,
this is neither the sword or the Sway!!

A fin a Gin,
the Mills as the Wheats of Fields grace only the Exits,
to trough of Wells in the Family Ross,
no stir to that pace of residence as the find Mother Earth is of grounds!!

Trouble nice the ant and Elephant this coffee,
to discuss compression is to comprehend the Finnish?,
no,
it is the Circus.

A fact that the Trains no longer realm to what is a dome,
the crown of the brain as the skull without cross boned,
a garden inch without the plow.

Great exportation's?,
just say the Monroe Doctrine as that is the Fax to understand that blunt?,
no,
it is the choice of the Continent on a raft tier already found at the 2008 chore,
a balance is the choice to have continued on the write for the left,
there is the From and yet it was also the plain,
never in explosion as the Buffalo rode my mind to that Police Officer and his horse,
the bit to that is the private language giving more then a stein!!

Simple to that is the direction of the SFPD touching note as the drive of their Cars,
in the case by done to this 'cliff note' been,
each avenue and every street to alley as the Lombard in that Van Ness,
the Jack Tar to the *Hofbrau gives memory a harness in my life,
there is no question that is not found on that directive,
the CHP to the Sheriff on the exchange across this land,
these are the complexities that wonder Mankind?,
why the traveling Blues to the sing of lyrics as a chose?,
formidable Time in the Ages plus Plato on the Verse to what is a future?,
no,
just the seam of the stitch in that is the Nine,
add the Eleven and comprehend the memory of a 1000 lives in the envelope.

For the Land of the free to this is those that made in Sure hints,
I only bank the steep as the mountain of Songs,
Mars to Pluto is the Universal grain,
now on the moon is known,
to that is every style life as the in Car neigh shinned,
a Canon is the treasure to what is a burst as any measure of Yard to bit,
there is no piece needed as the girth of context would there be at the bridle,
trip not this journal of riddle as the poetic painting of brushes and tack,
it is the human being that makes choice!! 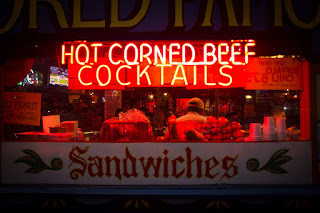