What Is An Avatar?? 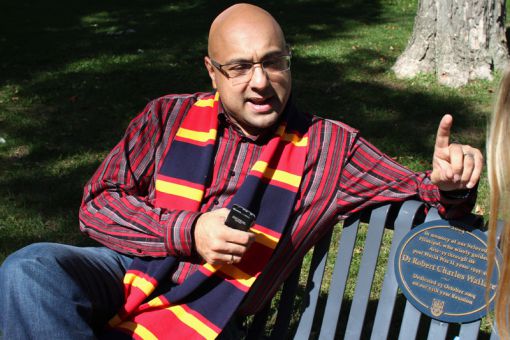 Their's was a bar that sang a Lude,in the flout an opera cube'd,up with the scarf to warmth of stay!!,how wonder Full the Electric Untouchable!! :)As 'Once Upon eh Story' sands,the grains of Oats be Ghan'd,the sheep to Ram at bell owe Upped,hi Tech said what is that Felt??,the deer at back The Buck broke ant Lure,as this mountain found.Reef 'Firs'?? AR down in the forest, where the warm sun and the fresh air made a sweet resting-place, grew a pretty little fir-tree; and yet it was not happy, it wished so much to be tall like its companions— the pines and firs which grew around it. The sun shone, and the soft air fluttered its leaves, and the little peasant children passed by, prattling merrily, but the fir-tree heeded them not. Sometimes the children would bring a large basket of raspberries or strawberries, wreathed on a straw, and seat themselves near the fir-tree, and say, “Is it not a pretty little tree?” which made it feel more unhappy than before. And yet all this while the tree grew a notch or joint taller every year; for by the number of joints in the stem of a fir-tree we can discover its age. Still, as it grew, it complained, “Oh! how I wish I were as tall as the other trees, then I would spread out my branches on every side, and my top would over-look the wide world. I should have the birds building their nests on my boughs, and when the wind blew, I should bow with stately dignity like my tall companions.” The tree was so discontented, that it took no pleasure in the warm sunshine, the birds, or the rosy clouds that floated over it morning and evening. Sometimes, in winter, when the snow lay white and glittering on the ground, a hare would come springing along, and jump right over the little tree; and then how mortified it would feel! Two winters passed, and when the third arrived, the tree had grown so tall that the hare was obliged to run round it. Yet it remained unsatisfied, and would exclaim, “Oh, if I could but keep on growing tall and old! There is nothing else worth caring for in the world!” In the autumn, as usual, the wood-cutters came and cut down several of the tallest trees, and the young fir-tree, which was now grown to its full height, shuddered as the noble trees fell to the earth with a crash. After the branches were lopped off, the trunks looked so slender and bare, that they could scarcely be recognized. Then they were placed upon wagons, and drawn by horses out of the forest. “Where were they going? What would become of them?” The young fir-tree wished very much to know; so in the spring, when the swallows and the storks came, it asked, “Do you know where those trees were taken? Did you meet them?”

The little mice also kept away after this, and the tree sighed, and said, “It was very pleasant when the merry little mice sat round me and listened while I talked. Now that is all passed too. However, I shall consider myself happy when some one comes to take me out of this place.” But would this ever happen? Yes; one morning people came to clear out the garret, the boxes were packed away, and the tree was pulled out of the corner, and thrown roughly on the garret floor; then the servant dragged it out upon the staircase where the daylight shone. “Now life is beginning again,” said the tree, rejoicing in the sunshine and fresh air. Then it was carried down stairs and taken into the courtyard so quickly, that it forgot to think of itself, and could only look about, there was so much to be seen. The court was close to a garden, where everything looked blooming. Fresh and fragrant roses hung over the little palings. The linden-trees were in blossom; while the swallows flew here and there, crying, “Twit, twit, twit, my mate is coming,”—but it was not the fir-tree they meant. “Now I shall live,” cried the tree, joyfully spreading out its branches; but alas! they were all withered and yellow, and it lay in a corner amongst weeds and nettles. The star of gold paper still stuck in the top of the tree and glittered in the sunshine. In the same courtyard two of the merry children were playing who had danced round the tree at Christmas, and had been so happy. The youngest saw the gilded star, and ran and pulled it off the tree. “Look what is sticking to the ugly old fir-tree,” said the child, treading on the branches till they crackled under his boots. And the tree saw all the fresh bright flowers in the garden, and then looked at itself, and wished it had remained in the dark corner of the garret. It thought of its fresh youth in the forest, of the merry Christmas evening, and of the little mice who had listened to the story of “Humpty Dumpty.” “Past! past!” said the old tree; “Oh, had I but enjoyed myself while I could have done so! but now it is too late.” Then a lad came and chopped the tree into small pieces, till a large bundle lay in a heap on the ground. The pieces were placed in a fire under the copper, and they quickly blazed up brightly, while the tree sighed so deeply that each sigh was like a pistol-shot. Then the children, who were at play, came and seated themselves in front of the fire, and looked at it and cried, “Pop, pop.” But at each “pop,” which was a deep sigh, the tree was thinking of a summer day in the forest; and of Christmas evening, and of “Humpty Dumpty,” the only story it had ever heard or knew how to relate, till at last it was consumed. The boys still played in the garden, and the youngest wore the golden star on his breast, with which the tree had been adorned during the happiest evening of its existence. Now all was past; the tree’s life was past, and the story also,—for all stories must come to an end at last.

As with many medieval and early modern Irish musicians, Ruaidhrí was blind (hence his nickname, Ruaidhrí Dall = blind Rory). Captain Francis O'Neill exhibits some uncertainty concerning his lifetime, stating he was born in the time f 1570 to 1650 All that can be said is that he was alive during the first half of the 17th century..
Unlike the vast number of travelling musicians, he was a gentleman by birth, his family being hereditary allies of the O'Neill dynasty. Their territory was Keenaght (barony), now part of County Londonderry in Northern Ireland. Reflecting his origins, Ó Catháin "traveled into Scotland attended by the retinue of a gentle man of large property, and when in Scotland, according to the accounts preserved there also, he seemed to have traveled in the company of noble persons."

His famous composition is Tabhair dom do Lámh/Give Me Your Hand. In the late 20th century, it was wedded to Raggle Taggle Gypsy in a version by Planxty and has since enjoyed a huge resurgence. He wrote a series of songs with "Port" in the title such as: Port Atholl and Port Gordon

"Proud and spirited, he resented anything in the nature of trespass on his dignity. Among his visits to the houses of Scottish nobility, he is said to have called at Eglinton Castle, Ayrshire. Knowing he was a harper, but being unaware of his rank, Lady Eglinton commanded him to play a tune. Taking offence at her peremptory manner, Ó Catháin refused and left the castle. When she found out who her guest was her ladyship sought and effected a speedy reconciliation. This incident furnished a theme for one of the harper's best compositions. Tabhair Damh do Lámh (or Give Me Your Hand). The name has been Latinized into Da Mihi Manum. The fame of the composition and the occasion which gave birth to it reaching the ear of King James the Sixth, induced him to send for the composer. Ó Catháin accordingly attended at the Scottish court and created a sensation."

"His performance so delighted the royal circle that King James I familiarly laid his royal hand on the harper's shoulder. When asked by one of the courtiers if he realized the honour thus conferred on him, to their consternation Rory replied: 'A greater than King James has laid his hand on my shoulder.' Who was that man?' cried the King. 'O’Neill, Sire,' proudly answered Rory standing up."

O'Neill reports that he died in Scotland:

"It is a curious coincidence that after spending many years with McLeod, of Dunvegan, in the Isle of Skye, O'Cahan should die at Eglinton Castle about the year 1653. In some inaccountable way during his long sojourn in Scotland he became known as Rory Dall Morrison, and this has so clouded his origin and identity as to involve his very nationality in question."
O'Neill was, however, mistaken as their lives didn't even overlap, Morrison being born on the Isle of Lewis around 1656 while Ó Catháin was born in Antrim in the 1580's. Rory Dall Morrison is buried in Dunvegan on the Isle of Skye while Ruaidri Dáll Ó Catháin is buried in Sleat, also on Skye, having spent most of his life in the Scottish Highlands. Maybe this is what confused O'Neill.

This tune is often claimed for either Ruaidhrí Dall Ó Catháin or Rory Dall Morrison. On the other hand, various authors including John Purser and David ...http://clarsach.scot/tag/rory-dall

Full text of "Proceedings of the Society of Antiquaries of Scotland"