What Was Done Creates A Sum 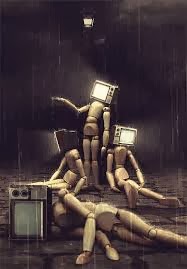 Beat with Words,
whipped with belts,
told possessed with demons delve,
my family left me with such welts.

screamed with such hatred songs,
the repetition became my wrongs,
this is no game my family plays,
a life of pain they always hate,
as they continue to take and take.

Waked me in the dead of night,
placed on me a given plight,
spoke of death to suffer dread,
meant to separate me from my head.

Days of Thunder lightning strikes,
as those words seem absurd,
the sum of which is never heard.

My defense a silent rent,
does not last they still do blast,
with no brake I'm told my state;

"You are the birth of a blackened start,
and in the end you're just a sin,
I was raped and here you are,
I am your mother she said to me,
you're my scar and won't go far."

I did ask at one time,
very young concerned with lashed,

With no empty breath in spoke,
the reply did come,
I never broke
I listened to accept that life was a debt,
and I was told....

"Don't worry a Snuff will be, the way you go, the call from me."

I said "O.K." just stared at them,
I did believe and felt relief,
at least I had a sign, a lead,
of the date they said to me.

Now it's time to realize,
that they placed these triggers live,
to cause my mind to whirl in strife.

Instead I march out and ahead,
increase my stride to settle such bled.

I may not know when they'll show,
so I prepare for their tear,
it seemed no dare when I was told
that my life had a fare.

In each step I chose to take,
I am positive they meant this date,
seems that since this time of late,
my family wishes for my take.

In each statement that they've made,
I feel the words of what they say,
knocks the wind out of my day,
like a ball that's thrown to say.

To be told with frank repose,
in adulthood they still do hold,
said so boldly I gasp at told,

"Blow-off your head for the Family Stead, it is best if you're dead."
my sister shouts without a doubt,
and then to add to this load,
another time another foe,
my step-father blared without self-doubt,
"Leave it to me, I'll complete, what has failed I will deem a treat."

The pain becomes the belt, the girth,
to wrap up my life on earth,
to embrace and not forget,
this day they wish makes me upset.

So upon these days of cruel,
I still do find these times unkind,
no matter the circumstance of what they set,
I accept but still do fret.

On occasion I have expressed,
tried to speak without distress,
about my life and what was said,
but all I'm told is to go on,
forgive and forget this horrible wrong.

As I still believe they will act,
try to take my life like that,
it's all perverse the calls are fact,
I do hold strong and fight the wrath,
an Aftermath.

To define and not to ask,
malignant narcissists love the bath,
behind closed doors there is always more,
so you may laugh at all my past,
but it's not an expression I've ever had.

I say with sadness that what they did, they also hid,
shut the doors and said so glib,

Their barrage upon my life,
has never stopped the plot deranged,
it seems that it would have waned with age,
but still today they wish to play,
and such calls cause me dismay.

I do confess it bothers me,
I do attest you don't believe,
and so I stop to only heed,
that which plagues my very being.
at April 25, 2013 1 comment:
Labels: B.D.S.M., Google, James Blunt
Newer Posts Older Posts Home
Subscribe to: Posts (Atom)