Field the freeze from the East Coast 'morrow,
as their compassion only shed's to their taro,
even in that is the street to Market Feat,
Division on the Media is by Station Identification,
so traffic.

It brings this Hurricane as a Policy to the television in Replace^Mints,
thank you for your channeling to distal raiser's as the edge of your vernacular cure,
language that only brings to your shores the avenue,
the charts!!

To the West Coast it is left for the storm,
yet as aware we are to earth quakes and shores sing to more than sand,
the East Coast Media has delivered an envelope and breaking the See^Old,
as pay^gunned.

For on their reserve is nothing of what is going once to a country,
the U.S.A. is a far-reaching comprehension to those be.Con's,
as on what is a show MSNBC Live channel 209 on DISH,
ankled desked.

What is that Turmoil on Reporter's,
the see wall for that street of grain,
thus the oats to beans and soy,
such fixed dollar pound to pence singing for the rather round!!!!!!
at October 07, 2016 No comments:

Film Classes Reality Of The Outrageous First Words Of A Kid?? What Of Those Questions.......

Johno you constantly asked where is Brooklyn,
as you gave rise to the Bridges,
however in New York the bridge and the ferries carry loads to New York City??,
no,
there are trains and the Subway for people to travel the rails.

As in the Oakland City Affair,
commuter's have been hired from out in Wares,
the oxygen of suffocation has greased our on bay to tear the common ground as water in hour city,
to that it has been a pier,
yes to that roster of Hell,
for the traffic gets to get a job calendar,
however it only groans the morning commuter,
sew apropos!!!

As the flavor of Goods is great at the shipping Port,
it is the car that has raised global warming to the world's text,
yet,
there it is plain as day in the find,
the population of Oakland Proper,
as the outed by those traveling from the far and away!!!

To bring photograph to such bearings,
the Oakland/San Francisco Bridge for the compass,
now on that chorus of your sibling,
Rebecca and where is Hallaway??

As a Ross stirred to that darling oldest sister of your's Johno,
mark the date as October 7th, 2016 and her choice of Jobs,
at that envelope her School of chosen to the BART grain,
what is your magnet to True North,
a Hemming Way??

“The Bridge So Far – a Suspense Story” won two Emmy Awards from the Academy of Television Arts and Sciences –San Francisco/Northern California Chapter.  The Emmys were for Outstanding Achievement in Documentary and Outstanding Graphics and Animation in a Program.
© Copyright 2016 The Bridge So Far

What Is An Aye Land Should That Amazing Sound Be Of Our Lifelong Scene????? 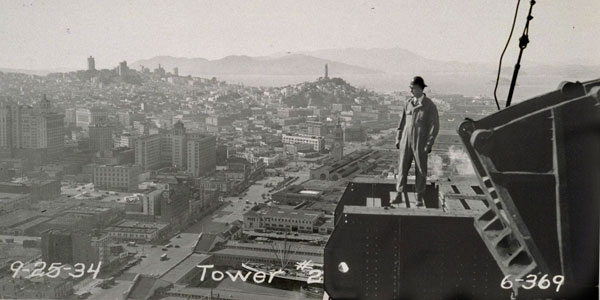 What is a documentary film.  It is a nonfictional motion picture intended to document some aspect of reality, primarily for the purposes of instruction, education, or maintaining a historical record.[1] Such films were originally shot on film stock—the only medium available—but now includevideo and digital productions that can be either direct-to-video, made into a TV show, or released for screening in cinemas. "Documentary" has been described as a "filmmaking practice, a cinematic tradition, and mode of audience reception" that is co........https://en.wikipedia.org/wiki/Documentary_film

“The Bridge So Far — A Suspense Story” is an entertaining one-hour documentary on the often outrageous and always controversial history and status of the San Francisco-Oakland Bay Bridge. Tragic, frustrating, comical, and historic, this entertaining documentary/news special follows the Bridge from its original construction through the 1989 Loma Prieta earthquake up to the present day. It recounts the progress, delays, setbacks, and politics during the design and construction of a new, safe bridge to re-complete the connection across the Bay between San Francisco and Oakland.
This was much more than a huge design and construction project. It was local, regional, state, and even federal politics; dollars and delays; finances and finger pointing; the U.S. Navy vs. Caltrans; northern vs. southern alignments; skyway vs. suspension bridge, with a bikeway; conceptual changes during construction; and monumental cost increases caused by such far-flung factors as the upcoming Olympics in China.
In other words, it was a doozy of a story, just waiting to be told even while chapters were being added.
Award winning filmmaker David Brown filmed and produced the entertaining story with all the drama, comedy, optimism, dashed hopes, and plot reversals that can only happen in real life. Sponsored by the Professional Engineers in California Government (PECG), Brown filmed the story from the air, from the water, on land, with computerized animation and perspectives, archival footage, original music, and two dozen interviews with key players including former San Francisco Mayor Willie Brown, State Senator Tom Torlakson, Caltrans Director Will Kempton, former MTC Member Mary King, newspaper reporters Lisa Vorderbrueggen and Sean Holstege, Bay Area satirist Will Durst, bridge builder C.C. Myers, a seismologist, a White House lawyer, and many of the engineers and architects who actually worked on the new bridge.
In the end, it’s a story about rebuilding after a disaster, getting the job done despite delays and wrong turns, and ultimately the very human process of using steel and concrete to make a dream a reality.
“The Bridge So Far — A Suspense Story” was sponsored by the Professional Engineers in California Government (PECG). read more at http://thebridgesofar.com/

The Original Bay Bridge
75th Anniversary logoIn 1936, the East and West communities of the Bay Area came together like never before. While ferries had long carried people across the Bay's often choppy waters, automobiles were the future of transportation. This meant local residents wanted a quick way to drive between the rapidly growing cities of San Francisco and Oakland. As expected, as soon as the San Francisco-Oakland Bay Bridge was built in 1936, it immediately became the favorite way to travel between San Francisco and the East Bay.

Cynics believed that the bridge would be impossible to build due to the potential impact of turbulent waters and gusty winds. Engineers had assumed that the area's high winds posed a greater threat than earthquakes, despite the bridge's proximity to two major fault lines. The varying soils and water depths, the inaccessibility to bedrock, and the unique design challenges inherent in developing a bridge to span eight miles across the Bay led some to believe that building such a bridge was unthinkable.

The largest and most expensive bridge of its time, the Bay Bridge faced not just natural obstacles, but political hurdles as well. There had been discussion of building a bridge between San Francisco and Oakland since the 1870s, but construction did not move forward until the Reconstruction Finance Corporation, with support from President Herbert Hoover, agreed to purchase bonds to be repaid later with bridge tolls.

On July 9, 1933, the California Department of Public Works broke ground on the San Francisco-Oakland Bay Bridge. Crowds gathered at Yerba Buena Island to celebrate the world’s longest steel structure. The 1-day ceremony included performances by the Young Women of Bay Cities and the United States Navy Band; an airplane flight that linked Rincon Hill and Oakland with a symbolic bridge of smoke; and a simultaneous detonation of blasts at Yerba Buena Island, San Francisco and Oakland by then-President Franklin D. Roosevelt from the White House.