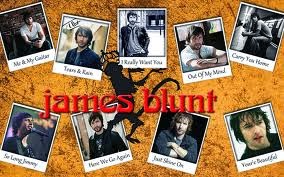 I see with the clarity of my "Mind's Eye,"
I often must begin a gentle sigh.
For it is the very same guy: "Hi!"

My question for you is,

"How does one say goodbye?"
"Could "Life" be as I imagine?"
"Could this twin be my begin?"

It is madness that I even want to see him,
introducing myself yet again,

A last one, hopefully.

It is not that I either believe,
nor do I not believe in such things.

I'm confused on these accounts,
but, I like the "Fishing around."

My solace seems to rest,
upon this thought, I give in.

Peace inhabits my being;
"It brings me relief; Why?"

You are so striking!!

"What is, or, what has the appearance of Innocence?"

It is a Curse of what is naturally to come.
Thinking, Thought, Idea's, Genius, Savant or the like;

"It is an intellectual development of the mind of man?"

To stop, to kill, to wipe-out, control!
Or, hide from others by force such abilities of another.

"Is this a normal thing to be? For it has been."

"Is this unnatural, or, just an unusual find?"

Naturals are delivered by the need thereof,
I would believe.

They are the State of Being that Evolution has brought to counter
what is not bought by Education but by "TIME."

"Ability right on the spot?"

A Natural born Seer is a "Normal Adventurer,"
The result of mans presumptuous invasion of privacy.

Prescribed by Nature,
for Nature, of Nature.

A Natural.
No license needed;
Nor provided.

Evolution or Creation of the Human Being
is merely a stated fact.

By whom? Us?
For if that were the case
the Being above would fall dead.

No factual find to the answer.
Almost makes the question of such, mute.

Yet, you point your fingers and make your claims.
People seem to listen and follow old ways, and say:

To sensitive for earth,
to close to death.

Still you continue to complain!!
Possession!   Possession!
Do you even know what you are doing?

Just as a suggestion should be;
This will be your own personal undoing.

The noise created by what is so unnatural:
Announces to the World their actual.

The Mind, the Ancient Brain,
the Man that can no longer stand.
He has been bulled over by what he cannot believe.

The unique find in the News.
You see?
This will be what halts this being.

My Soul that was bought,
this I do know.

Now take a good look,
at what has come out of the horrors,
of this World.

Me
And I am very angry.

At my own boiling point!!!

Crimes perpetrated throughout history
developed that which can "Know" without "knowing."

Jealousy Hits!
Beaten for more:
I may hit the floor; Again.

However, I will rise and face these lies.
'cause promises have been......

Made my friend
and a promise can never be broken.

The Rule of such is a secret too!

Strangeness of such a command,
a force far greater than is known to Man.
But it will ask,