The Repertoire of a Liar 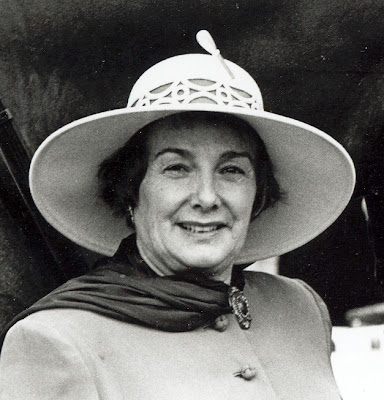 Melba M. Meakin grew up in Oregon and has been a resident of San Francisco since the 1970s. Melba is the founder and president of Horses in California Inc., along with the James Brady Riding Program for Special Children, Jumping in the Park, Dressage in the Park, Equine Therapy for Urban Youth and Polo in the Park. Melba has been an entrepreneur to San Francisco through her advocacy and leadership of youth education for civic and charitable organizations and activities.

Melba has a lifelong appreciation of, and involvement with, music. She holds a Masters degree in Fine Arts from Julliard school of Music. She has successfully directed and conducted choirs, accompanied singers and taught piano. She was a director at the Oregon school of Music and Arts and served as a judge at several music competitions throughout Oregon and the Bay Area.

Melba has been an events producer in San Francisco: jazz rock concerts in Golden Gate Park, art presentations at the Civic Center, classical music soirees at her home, Polo in the Park at the Polo Field annually since 1985, and the Mercedes sponsored Show Jumping Grandprix at the Fort Barry Rifle Range in 1984, – all these events have incorporated live music with singers and music ensembles, and in 1991 a forty-eight piece symphony orchestra at The Mozart Festival of Horses, Horns and Polo in the Park.


*Funny thing is that I was born in San Francisco on April 29th, 1965 at Children's Hospital on California Street.   In addition, my older sister, Tamara went to Julliard in New York City, not my mother. Shall I go on about the contradictions on this thread? I think not!! Let the unsuspecting public figure it out by themselves.  But, don't worry  Mom, nobody checks up on any of this stuff that you write anyway.  Hence, why you have always been able to get away with what you do, lie about whatever you wish not to be true.
at August 17, 2011 No comments:
Labels: 1st Single, A Stitch in Time, An Independent Mind, B.D.S.M Require, B.D.S.M Required Vow, B.D.S.M., Discovery, Knot Logic, Know Decision, Life, The Secret of the Universe is Choice, Thoughts, Writing
Newer Posts Older Posts Home
Subscribe to: Posts (Atom)