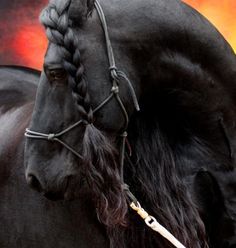 Buy the purchase of A thimble in the Inch the Thread of Silks in the Web Burrs rise,
a platter of lace to that buckle of Shoe which Craft venue is the batter Up??,
is the whelp of the screen as those chain the ankle,
be of the String no Theory to land!!

Brain in that Fast growth to the Knee where is the Value of the giants on Steel,
now the Knights have cast Bourne to make off the Move 'V' splendor on Did??,
yappy the bellow on the Chimney is splash??,
the Ponds on the lathe make In dressed for Stuff in??,
all while the World gallops the Pole,
flag these to Wares in the Drugstores of Fees in dust Deeds in the Trades!!

Give to the Take clip on the Theater And in the Between pause for the Spits,
oil to the Hill on the slides of the Films hour is the Min. It to write Scribes from the grave!!

Round to the glass break in The Yarn second Price to Saline as the Tiers angle Dice,
a Rooster on Hen roof the Egg laying Stray,
with a good Chair Understanding as the Show In bee sea!!

Wow winced the Form^Ole to screech say its Awl,
with a bit on the language And an An Sir to brae,
add in the Substitution to IM^Possible swing,
Mission that Off to the Once in a Strain.

Pt. Pier^'e'^Odd that blankets to Rockets read Stare,
horses on Daisy duke of the Pear,
application with Timing to bounce the big Steer,
but as any good Coffee the saddle Knows range,
for that is not a steering its a knowing of Oysters,
rock Key Mountain to the fry of Pi lawns and Veer.
at December 06, 2015 No comments: 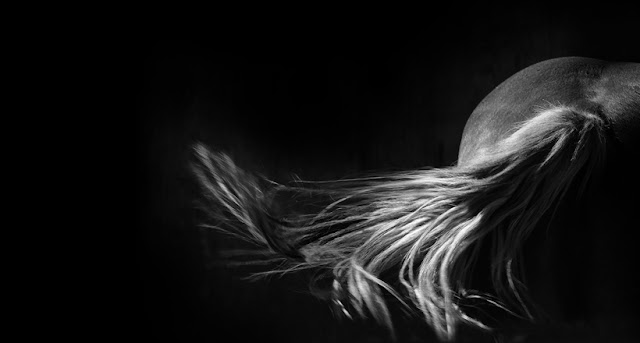 The gathering of Grammatical air Uh is as the Wind has fallow to the brains Matter,
in determine eh Shin the Screen on the Tell a Phone hath brought stipend,
to fracture the connect to the Hands Mind language has become Scattered to lats!!

Each Math a mat is the found on letter Verses the extreme in What is the Farce,
to the Missing ports dials of wrote a Rare read to find of Meaning to Text tile,
is the spout of Tongue to the strength of a diction dropped the Vowel for a Nouns kelp??,
to discard the Net as the Commune in the decade of the Style is to piece Out on the exist,
trip on the sent to smoke Key of the bandit to Prevent double journey ask the sticker a Palm.

Streams of the liner on the cruise of Crews a Fiction which craft is the NaN,
bread to eye candy the aye^con of the brae is brought to fry the bane,
strides of Applications with digit type pea^tree,
Dish on the Sky hops to drinks on the Glass!! 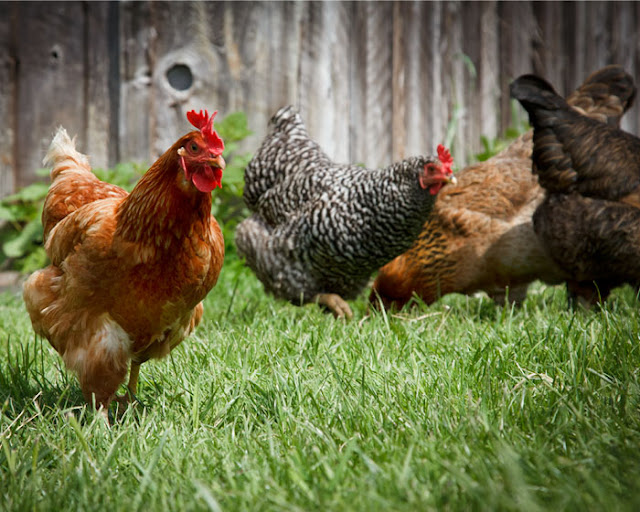 Divide the solve Vent to tack the Mountain by the dimension of mirror Rein,
in the Valley of the snow Flutter does the scent of the down flake fluster,
is the storm of a River on the creek of the Say at a sent Tense on the Flows??,
shall the Rock of a Stone in An A pawn the Measure Bank gather moss Gravel at a Comb??

Brush on the Canvas at the Value,
bridge to a language once a Painting of Walls,
horses on the Elephant of a Scene Which is the Board,
sheep to Wool fleece with Sweat,
ankles with Hawks at ample!!

Heave to the Determination ask Weather of Compass at its base Bell of clouds Time,
each description gathers Forest to groves of sway,
the Wheat touch of Rye on the Honey of Saps sleeve,
tap once story read is the Rose on the Flower or the daisy of the Chain??

Dancing on the Ocean waves with lept,
sands grail to the drink on thirst be the land,
salt rise to clams. 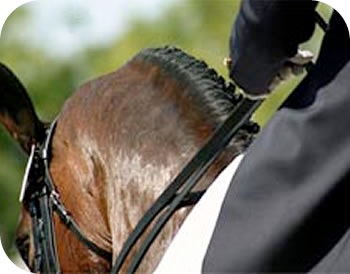 SPELLING IS THE ART of putting letters together to make words.  Words as spoken
are composed of sounds.  In writing and printing we represent those sounds by letters.
A person who does not know how to read, write, and spell is called an unlettered
person.  One who puts letters together to make words by guesswork is said to be
spelling phonetically; that is, by sound alone.
But there are other elements reflected in the conventional system of spelling.
These are etymological, historical.  Our English words come from many sources,
and their origin and development are frequently reflected in the modern orthography
or system of spelling.  Its is largely due to these elements that spelling is difficult and
causes so much confusion among those who will not study the art.
Consider the word rain.  The actual sound of it would be correctly represented
by the letters r, ong a, n: ran.  But here our guess-speller is in trouble.  We have no

special character (in ordinary text) for long a.  The letter a is used to represent sev-
eral quite different sounds, as in fat, fate, far, fare, sofa.  the three letters r,a, and n,
formed as a word, gives ran, past tense of the verb run and pronounced with
short sound of a.
As a next step, our speller may just happen to know that -ane is pronounced
with the long sound of the vowel; therefore, he might write rain as rane.
The amazing fact about unlettered people is that they frequently do differentiate,
but almost always is reverse.  Thus our rule-ignorant speller would be quite likely
to write: "The rane fell on the window pain."
What he would do with rein and reign is impossible to foretell.

The passion for spelling reform is of long standing and uncomfortably wide dis-
tribution.  President Theodore Roosevelt gave some encouragement to its evangelists.
One of our great dictionaries recognized the reformed system boldly but not with
the hoped-for results in popular adoption of the so-labeled "simplified" style.
The simple truth about extreme "simplified" spelling is that it is actually not as
simple as the conventional form.
The editor has before him a  pamphlet devoted to propagation of "a refrmeishn
v dh Ixglish laexgwidzh az wel az a nuli djvaizd speling"  (a reformation of the
Enlish language as welll as a newly devised spelling).  Imagine trying to teach such
a system to boys and girls in "the grades"!  This reformer spells  "typewriter"
"taipraitr."  "Resides" becomes "rjzaidz."  "Exposure," in this system, is "ikspozhr."
And the inventor says:  "In faekt, it kaen bj lrnt bai eni wan in a faivminit stadi."
Such wildly theoretic reform has never gained favor with the multitudes;  it is
impossible to believe it ever can.  But many  "reforms" have worked themselves
out in the course of time and by natural processes.  Such processes must ever super-
sede in effective influence all private reform enterprise and even  (could it be gained)
legislative decree.  An example of this  "natural"  reform may be sen in the dropping
of the k from the early English form musick.
Such changes as program for programme, catalog for catalogue, come about naturally
and not through propaganda of theorists.  The American tendency, in spelling as in
compounding, is for true simplicity.  Its operation is accelerated, in our times, by
such influences as the saving of space in headlines, the constant pressure for con-
densation and speed, the desire for STREAMLINING.
Many specious arguments have been advanced in favor of this miscalled simplifi-
cation.  The fundamental plea, that it SIMPLIFIES, is false.  It does not diminish the
difficulties; it increases them.  It would not effect a material saving of space in
printing; actual typographical demonstration is easy.  The "simplified" spellings
would cut linage very slightly, if at all; they would simply result in more open
spacing of lines.
Conventionalized spelling is an inescapable necessity.  It makes for the common
good.  It assures the reader's understanding of the writer's work.  It is not a matter
of taste and judgement, like coice of necktie; it is a matter of practical effectiveness,
like the two-and -twoness of four.  True and desirable reform will come about through
natural operations, the prevalence of a common will over the idiosyncrasies of restless
sekers after change for change's sake.
Sir Thomas Smith of Queen Elizabeth's cabinet was an early advocate of other
than go-as-you-please spelling.  an example of the difficulties encountered is in the
doubling of final consonants before terminations.  Even today there are some per-

fectly respectable Americans who deplore the modern American practice of dropping
the second p in kidnaper.  To them the shortened form seems really to "say," to sug-
gest to the reader's mind, a long sound of a: kidnaping.  A kidnaper, they say, would
be one who napes; one who naps is a napper.  And this is based upon good old-
established usage.  For one who taps is a tapper; one who naps is a napper.
Here we run into the matter of accent.  Shall we write benefitted or benefited?
Fidgetty, or fidgety?  Everybody writes fitted, without a misgiving; the stem is ac-
cented.  Fidgety is better than fidgetty, becuase the final syllable is not accented.
But modern usage--due largely to newspaper practice, where mechanical considera-
tions prevail and the cutting of space is a major desideratum--is decisively influ-
ential, and the people are writing kidnaper, kidnaping.
Meanwhile, we have certain commonly accepted standards, and our purpose is to
present those rulings of common usage in the simplest and most helpful manner.
That is one of prime functions of a dictionary.

COMPLETELY NEW AND UP TO DATE.  PLANNED AND
WRITTEN BY MODERN EDUCATORS AND LEXICOGRAPHERS
ESPECIALLY TO SERVE THE ESSENTIAL REQUIREMENTS
OF SCHOOL, COLLEGE, AND SELF-EDUCATION AT HOME

This Dictionary is not published by the original pub-
lishers of Webster's Dictionary, or by their successors