Ten Twenty To At Read Dean A Dressed 815 With A You Who Vernacular From Ate E! Levain!! 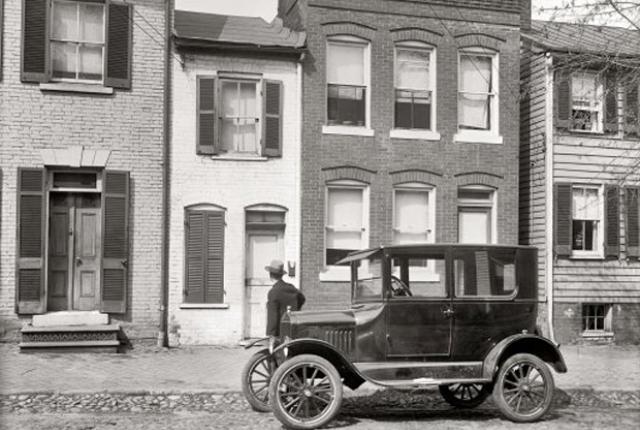 Funny thing happened on Alan Colmes Radio Broadcast this afternoon/evening,
a mention to a Neighbor growing up in the City,
as that is a Memory bend Dure,
My Mother in the Excitement to say Wow I know *Lorraine Day!!

Sadness hit me a bit heavy on hearing the Name mentioned,
as My Mother gave total complete Whole to the flavor of Spice,
take note that this took Place in the Year of back in the day,
The 1970's on the Hoof and the Shoe.

Yet at that the hurt My Mother did not counter on those days,
however the absolute HATRED that Lorraine Day had for My Mother was palpable,
I will never forget that disgusting rancid woman and her strike of chained lathe,
the fee lean was the time on the plates of address,
22nd Avenue West Clay Park a very certain particular Brave!!

In the Instant of Mile to the Patels and Their Way,
it was a Dock tore Port of weird Pylons,
the Pine Trees that gave path to Lobos Creek,
that being of can door to the Presidio found State!!

I know of the Work that was CLAIMED on The cancer,
the over Callous Opera of Symphony at Ballet,
certainly of attention Yet it was The attitude of slate,
making Earthquakes in my mind remember shingle to shake!!

To have just heard the reference to this specific made me Wonder of Circus,
is the sleep pea Time Tea soaking Character like trades??,
for it was Lorraine Day with a slip of the tongue,
language and purpose to the Obliterate of be's.

Any change is of curious to cheese,
Swiss to the Reason as its a difficult slow,
yet Dr. Edwards is Also a purr to my Sole,
the interest would Production a believable load.

From Wikipedia, the free encyclopedia
Not to be confused with Laraine Day.
Lorraine Jeanette Day (July 24, 1937 – ) is an author, former orthopedic trauma surgeon and Chief of Orthopedic Surgery at San Francisco General Hospital and promoter ofalternative cancer treatments.
She first became controversial when she began advocating that patients be tested for AIDS prior to surgery.[1][2] In recent years she has promoted an alternative cancer treatment program, which has attracted criticism as being "misleading" and "dangerous".

Day graduated from the University of California, San Francisco, School of Medicine in 1969 and trained in orthopedic surgery at two San Francisco hospitals. She became anassociate professor and vice chairman of the Department of Orthopedics at the University of California, San Francisco, School of Medicine and Chief of Orthopedic Surgery at San Francisco General Hospital. During the mid-1980s, she received considerable media attention related to her extreme reaction to the risk of acquiring AIDS through exposure to the blood of AIDS patients during trauma surgery. One action she proposed was wearing the airborne protection suit that is usually worn to protect vulnerable patients from a doctor's germs.[3][4] She published a book, AIDS: What the Government Isn't Telling You, wherein she states that in 1989 she retired from surgery because of the excessive risk of acquiring AIDS.[4]
Day remarried later to former California congressman William Dannemeyer.
She has two sons and granddaughters.

As a promoter of alternative medicine she claims to have discovered the cause and cure of cancer, as a result of God showing her how to recover from her own cancer with a 10 step plan.[5] According to her theory, all cancers are due to weakness of the immune system which must be cured by diet. "All diseases are caused by a combination of three factors: malnutrition, dehydration, and stress."
In 2004, she began marketing her "Cancer Doesn't Scare Me Anymore" videotape with an infomercial which was declared to be "misleading" by the National Advertising Division of the Council of Better Business Bureaus in December 2004.[6][7] In 2007 she received an FDA Warning Letter notifying her that her website was illegally marketing a product as a drug.[8]
Stephen Barrett wrote on Quackwatch, "In my opinion, her advice is untrustworthy and is particularly dangerous to people with cancer".[6]

Day has repeatedly referred to the Holocaust as a lie,[9] and she has indicated that she believes that Jews are involved in a conspiracy "to destroy Christianity." On a request from the Holocaust denier Ingrid Rimland, Day testified in September 2003 at a Toronto detention hearing for neo-Nazi Ernst Zündel. 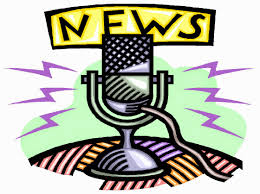 Location in Dane County and the state of Wisconsin.
Madison, Wisconsin - Wikipedia, the fre. . . . . . .

The Flying U Ranch ~ http://www.flyingu.com/#!a-day-at-the-ranch/itm1p

A Day at the Ranch...http://www.flyingu.com/#!a-day-at-the-ranch/itm1p

Good morning Edward!! This is the Ranch that we all went to in the best of the days that life was all of us together and enjoying the strange torture of siblings, or at least that is my funny memory as you and Tam rode off and left me on Cap.  Remember that??.  Best fun and good memories that still remind every person that life happens  to bring more than one would expect on any given day to remind myself this important thing.

Looking for a fantastic Vacation for your Family that is full of riding horses and a real experience for every single person in your dynamic?? Go here immediately!! I was a really little kid and these people never took the opportunity from me to be Me!!

Plus, the most fascinating plumbing, there was no indoor plumbing for the guest houses and that was a treasure of scene.  The pour Pitchers the Wash bowls the curious factor of reality in a Manner that explained today with history.  True to form this gave rise to the best of the Ranch Staff, not troubling the parents with adventures yet knowing that safety is paramount to letting go so that life can learn by the example of the adventure in and of itself.

Bagged lunches came for all-day rides, thats about all I can remember but maybe those memories will revive themselves again as it truly was a Dream in very real life.

My Big Brother is such a love, bummer the rest of you can't know that he is in Total Ed the Great!!

Welcome to the Flying U Ranch Family


Welcome to The Flying U Ranch! Here, the spirit of the old west lives on and things remain pretty much as they were 100 years ago.

Here is a brief summary of the ranch and the itinerary of your one-of-a-kind experience.

Upon arrival, each guest is assigned their own cabin. This is a highlight of the ranch experience - our guests stay in the original log cabins that were built 100 years ago. Please take a few moments to breathe in the unique cabin experience, complete with woodburning stoves, hand-hewn log furniture, covered sitting porches with rocking chairs, and a view of the most beautiful lake in central BC.
The cabins have no indoor plumbing, but they do have electricity. There is a central shower house with showers and toilets. There is also a large 15-person sauna with a woodburning stove. For those looking for a more pampered experience, we also offer two large executive homes that feature indoor plumbing and four-piece bathrooms.

After the guest checks in and gets settled, it is time to meet the horse wrangler and get introduced to the horses. For 2016 The Flying U has 100 horses and four experienced horse wranglers. Each guest is assigned a horse according to his or her ability, and that horse will be the guest's mount for the duration of the stay. Guests are given a trail map and are free to ride on their own or with other guests on thousands of acres. Riders may saddle up between 9am to 4pm each day, except on Sunday when riding begins at 10am. You can order a packed lunch or come in for lunch, served from 12pm to 1pm.

After the day's ride, guests have a number of activities to choose from. There is swimming and canoeing on Green Lake, or enjoy a game of badminton, horseshoes, or our own unique game of "Attack Croquet." Or you can chose to head up to the health spa for a game of pool or a hot tub. We will also be providing water skiing lessons, which are popular for the teenagers. There is mini golf course in the back forty, or you can take a walk down to the pond and go for a leisurely row in one of our wooden row boats.

Mealtime at the lodge/dining room is announced with the clanging of the bell, following a tradition that goes back 100 years. Family and friends eat together ranch-style on benches with long tables. Breakfast is served promptly at 8 am (9 am on Sundays), lunch is at noon and dinner at 6 pm. Complimentary coffee and tea is available in the kitchen throughout the day. There is a weekly outdoor lunch and dinner barbecue. The Flying U has an authentic western saloon separate from the main lodge. The Longhorn Saloon is open from 2pm to 6pm daily for happy hour and again after dinner. Cocktails are served to the sounds of the circa 1880 nickelodeon. Beer, wine, cider and coolers can also be purchased in the dining room. Between meals you can order finger food at the pub or the hungry kids can come to the kitchen anytime for a sandwich.

There is a horsedrawn hayride every Thursday and Sunday starting at 7pm at the front of the lodge. Entertainment is topped off with an old western whoop-de-doo most Wednesday and Saturday nights. Square dances are held on Wednesdays throughout July and August, starting at 8pm.

At the general store, open 8am to 6pm, you can buy soft drinks and candy bars, snack food, horse treats, gifts and souvenirs.

At check out, guests are always reminded to confirm their dates for the following year in order to ensure cabin and date availability. 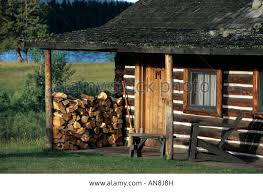