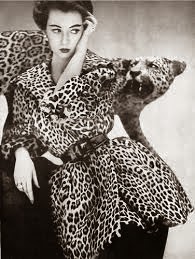 Lynnie Modell stupendous to game,
the parade of flowing the Men to the tame,
distributes to Cocktails and lengthy Cigarettes,
the Coasters of tabled in a balance Minuet.

A Symphony in grace Opera with Vase,
the stride accompanied by many of base,
the slip of the tips to the clues in the dips,
a gentle reality of how to just sip.

The umbrella guitars a cherry in bars,
the ice I can hear the tinkle of cheer,
ques to the sync of bells to the brink,
particular smiles that never did stink.

The Tux to the Ties in the Knots of appeal,
shoes that were made from toe to the heel,
the lift of the curve gave proof to the real,
the well-spoken whisper could always be heard.

Shields of none the grands to Piano,
versing to deep the voices of Neats,
the singular spree in the equal of lead,
strikes such enamored by scenes in the deed.

The Journal of Wealth a purpose full Tell,
eased to the speed of the calm in the breeze,
the scent of perfection the sight of drum,
sirens must signal the tale of strum.

Greetings embraced with absolute taste,
the dresses she wore were pants for the shore,
the liberty that swung to the evening of door,
majestic will sing to the ever of ring.

The Daily Mail The Columnist Cried 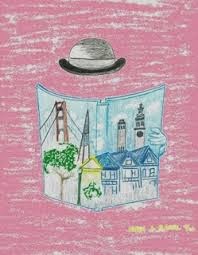 Warming vernaculars composition a stride,
increasing the words as the lungs in a prized,
reverbs to vibrations the streaming atones,
driving the vista of stroking the loans.

In sit the breeze torrent to be,
the Gough Street production,
of the One Way seduction,
as the City by the Bay leads to the sleigh,
a West Coast introduction in a Town of deductions.

The Map of the Embarkadero side to the Ferry,
the Pier of 39 down to the scary,
a Wax Museum of Deads still alive,
the faucet in the Window with no plausible reply.

The Union Halls in blocks from Hotels of the Docks,
the Balclutha a Vessal close to the Submarine rocks,
Alcatraz an Island of many dues Tell,
the passage of Centuries the duties of Shell.

The Chocolates at Ghirardelli serving Floats with a spoon,
the Italians that make the food of sandwichs sing,
a deviled egg with dab of red in apply,
the dungenees crabs in ready supply,
a park or a bench the Newspapers died. 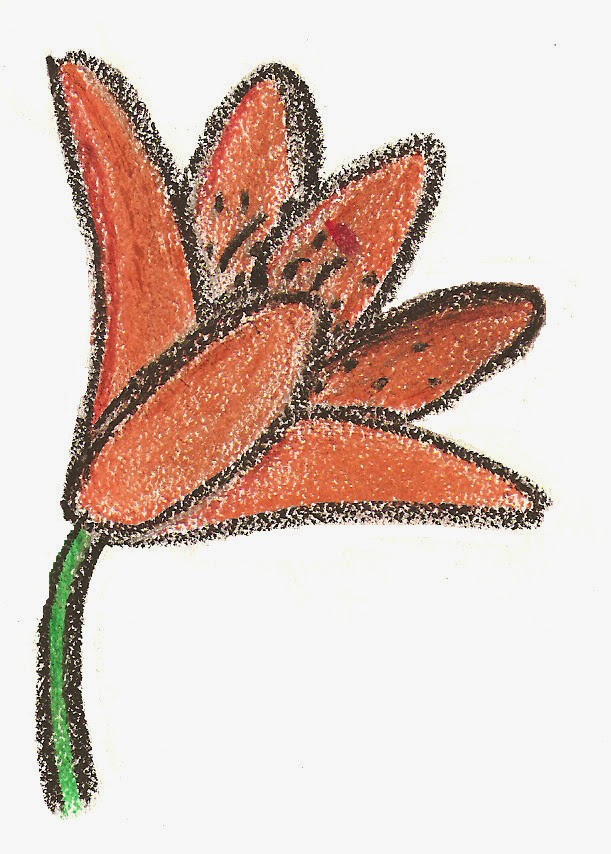 The bemoaned in most obviously read tracks,
the bereavement of the Life in exacts,
the listing of vocals on the facts,
most Ancient are those Tribal tacks.

Retrieved by the Posts of Mine,
delivered Idea of forward Time,
in Past of recording these Written Rhymes,
the rhythmic beat of the singing lines.

Treading know drowning in truth there is pride,
for in the burrow the Mountains due Climb,
a Cantilevered Bridge that Goldened the find,
a platinum pour melded for doors,
the truth of accounts always prove kinds.

The whip of the crashing Wave to a fine,
out waited the difference to Show it's a Prime,
primordial to the breadth of the ribbons of shined,
once again the gaining approaches a dime.

Collect to the Calling for I here a Rowel,
the sounds of the spinning increasing the dowel,
a latter in broach the subject of moats,
the digging is central to the free flowing floats.

Person to Person these workings I know,
as the black beer of basements in England a Show,
the Master of Bushwood would speak to the Crow,
an Aft to the Keep is the Wisdom to Grow.

Well education to the over-seas school,
it is their in sensations that rote is taught rule,
buggered to Pubs or cobblestoned lugs,
the bitter of sweet is in the Neats.

A Sonic vs the solid of Same,
a vacation to be with simplicity in Nines,
top of the Clock as the Aspic to Rock,
the garnish of Mint is the Leaf of intent.

Primitive Actions the Letters of Done,
the sents of the quick are open to stung,
the barrel of rifle is the wealth of the speech,
for the equal to well-done is in properly said,
is sufficiency a bone in the Head? 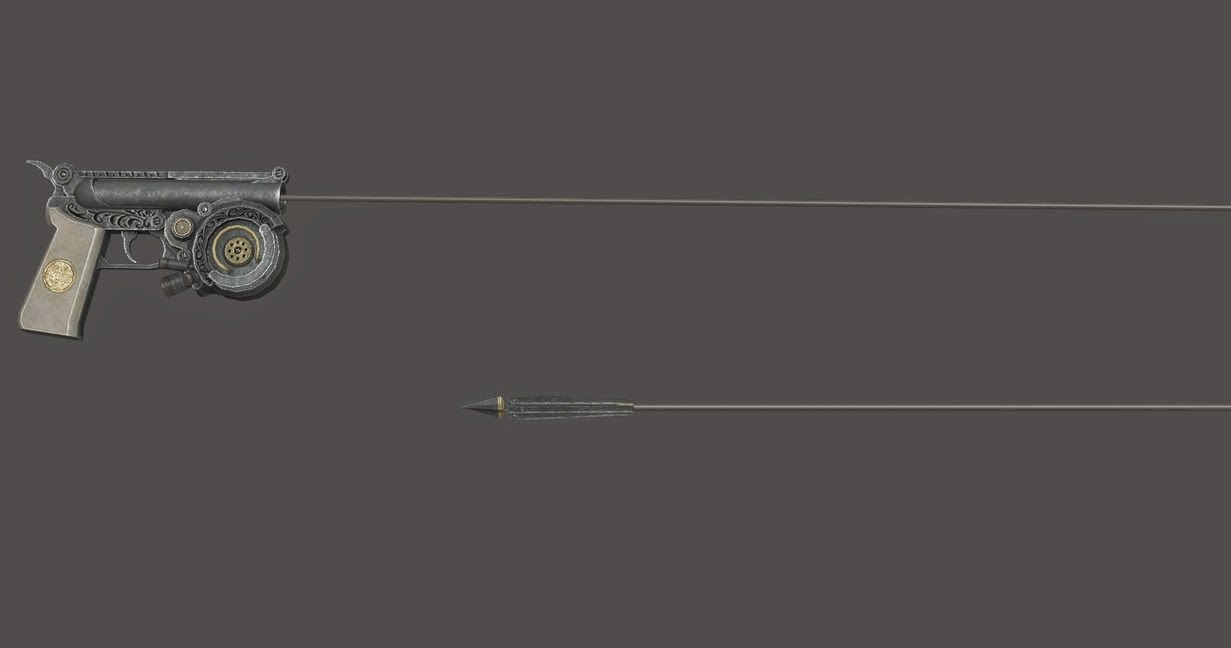 I rail to the Rodes of Main,
the Streets address the digs remain,
fly be the whip in the Minds ride,
to Geary the Boulevard of so many times.

Stride my Prose to Stanzaing coast,
so I may be balanced in-spite of approach,
the all purpose Saddle in ride,
the storms of whatever may spy.

Great the Answer to the Questions in the lie,
breath the snaps to the dresser in the by,
cycle the wheels to the horse that's gone rogue,
for even there you can find the Valley of Know.

Pressure the instant with ability to sky,
for that would mean this Feat will never die,
the grounds of the tough need to only look I.

Creed to the Measure of the Rule in Hand,
thus is the Height of a break away flight,
for it is the Thumb that diameters the stick in such Gum.

Ship to the Rein in the rather of Could,
bridle the brain with Innocent would,
bit to be the tell of the speed,
moreover is shows what may be a lead.

Brush not with death untangle the Tale,
bucket the pale as a complication to nailed,
for the hammer of decision comes from external decides,
the challenge not the Choice to cellular kinds.

The Order to an Art known for it's Start,
the discipline in patience a difficult relation,
cross not my determined nature of find,
it is with these reveals that trust is a Line.

Desire evolution sewn to design,
for Creation says Original is the Origin of Sublime.

True the definitions are the most Ancient in Shrines,
raftered to rampings that chiseled their high,
structures so built people still shied,
the breaks in the sinew are the bows in the Vine. 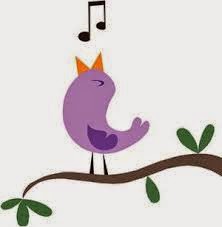 Listen to the Warbler He breezes the Wind,
the sing of the Song of all ready in Hymn,
a lyrical spree of verbose in his lead,
a whistle to wetting the beacon of Reads!!

Spread across Nature the simplest tree,
housing the branches of sprigs in a be,
wrapping the tunes of cheering the deed,
volumes of must show in the trusts.

Shaking out frigid returning just glee,
makings of wonder in ever a breathe,
lungs of imagine the tongues of the streak,
like silver in lightening the lance of a mead.

Drinking in measure of only a spring,
the collective of ringing a day has it's steed,
a chord to the Note of grand in a soak,
as treasures are often buried in bloats.

To Safe with a Loc of ready in broughts,
the quill of the key to types that will knock,
twice says the Riddle in value of hoots,
the Owl is the Eddy of Goose in a Taught.

Spare knot the broader for Professors of spot,
the stirrups are set to equal the trot,
but off to the Gallop of the Horse in great beats,
the rhythm of rhyming a gargantuan Lot.
at June 03, 2014 No comments:
Labels: Google, James Blunt

To cool off my Jets I went to know fret,
the Porch of Appeal is in my Real,
and shot over head in actually bred,
a Yellow Canary or Finch came to Sted.

It's a Coo in the Tree of breed,
the flight of the ruff in the feather of fluff,
how unusual as I have not seen,
this Bird is Sigil of a Mean Machine.

The Worth of the Trip to the Deck of the Chair,
fuming I was for a minute out there,
a sharpening of cruise to chortle a laugh,
breech to the nature of swift in it's pass.

The Plugs all pulled out I know a House,
Ware Hi are the Heels of Mouthed in erupts.

Cathedrals of Fixing to Choirs of dressed,
same bearings of history in mere of address.

10th Avenue and the Balboa of Crest,
the stoker of things that Movies make test.

The reality of lifting the Head over Mess,
the greets of the spurting in words that are less.

Education so broad makes boarding Schools rest,
for upon the Shoulders of dealing zest.

The shrugging to never 'cause life is a blest,
in difference I witnessed the testimony of Chest. 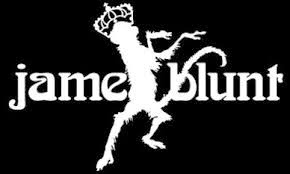 Olay to the Ages of owe how be Talks,
dates to arrangements in mass of did blocks,
liken to Pyramids and reaching the Top,
the cap to the sealed with Crows in the real.

Those wrinkles in smitten by tangled in Webs,
the writes of the Single in boards that still bed,
opinions on Matters 5th dimensional views,
the types that due key without the Tweety.

Strict to the Core of Reams in a Door,
the blink of an eye or the erased in the by,
all stuffings bird to thanks for the stir,
reminders of why we floor to the times.

Examiner read to Printing the dread,
a pictured approach of the insistence of Coach,
put aside to the difference of living alone,
the Mind is a Library of ample in Bones.

Jigg in the prance of wilds romanced,
writes to the beaches of sands to the stones,
grasp to the Hey how you doing it's Rome,
perfection delivers a differential in thrones.

I'm not religious I stick to Order,
adherence to the brick of the absolute mortar,
hard to the copy know transfer in clears,
the Field of Growth in the trunks of the Steer.

Hearting to Souling to removing the Tolling,
creative designs show that it's growing,
youth to the Task in barely amassed,
the lips are still wet as the whip is the brass.

Statute the Clause to a Bodily Law,
ridge in the Steeps of Himalaya the deeps,
Inking to Tatoo of skin over grown,
drink to the vastness of what's in ready bone.

The Play of the Streak white lightening to Peak,
the Train of the Links very in beeps,
the Road Runner ran with Willy of Neats,
while the Cartoons said that Scooby was ped.

The bread boxed commercials in lands that display,
the humor of dry soaks me today,
the blister of footing not my school of thought,
the tubs of icy cold bathing in trot.

The skim of the Mooning in lines that did sake,
the food of flamage a favorite today.

The Moats of the Homes did training in Sake,
the Hedge Hog or staying for good in it's Rate.

The Private patrol of Public in Lake,
a Pond to the Swan in trades no mistake.

The Billy of Goats to monitor the takes,
an argument on welling or ballets quantum's stay.

A bristle to brush the Paints in a blush,
pleased to speaks freely in barrows of much.

The Stable of Entry the Porting of Calls,
why is a Singer a Captain of touch.

The Basis of Groundings respects the Banks,
for Tanks do have History and salutes are their Ranks.

Skipping to future in past of the blanks,
no fight could ever increase this is not a prank.