Believe it or Knot!! 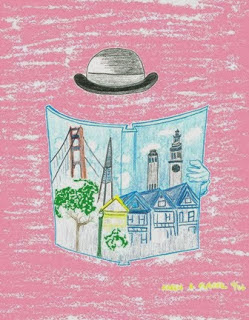 A young child came into my home in Mill Valley and placed a picture on my Frigidaire.

It stated, "My Mom is beautiful too."  A drawing of her was under what was so written.  It was a lovely surprise to witness upon my return home.  I have written this for your Mother so she may know how much you and your Father must love her.

Be strong my new FRIEND, for nothing shall separate you from your boy now.

Choice is a matter of opinion!
Do you have one?
Or, has Fate taken what you only thought you had?
Conveniently, people use this as a Con to excuse their Moral behavior,
or is it the lack thereof.

When put to the test.
You have an excuse and expect a pardon.
All based upon your plea to Humanity!

Just like a Record Player skips,
on a well worn out play;
Your cry is Old and Tired.
At least plea, "A new Defense."

The most tiresome words,
are the ones you repeat with ready response.
I mean, "Why bother to speak?"
You have already judged, condemned and Hung
every Man on this Earth.

You would presume,
to know your case against Man has been heard.
But, now that it has infiltrated both races.
Why bother to affirm.

Who is to know! Who is who?

Who makes these final calls?
Just curious: Cause I could loose a pound or two.
I've been sick, Homeless, Heartbroken
Maybe my body is a body that is broken or my emotions are exhausted.

I tried to give those emotions away when I was a kid,
the day I gave my Heart to my eldest sister.
But, I guess they stayed.

Back to the Body Image thing!

I would have been considered acceptable or O.K.,
a Century or two ago.
Bummer I missed my time.
However, there is a reason for everything,
or, at least that is what I've heard.

So, maybe with a little luck,
some day, some Man will think that I am acceptable again.