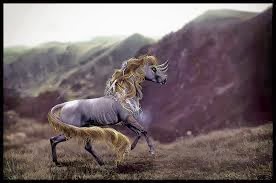 Many things happened to me as a child, however being repeatedly smothered was one of the most disturbing events that ever took place in my life.  The other was having a bag put over my head to suffocate me, the other disturbing attempt on my life.  I survive for reasons that are unclear to me, but I do not believe it to just be happenstance.  My shrink Dr. Kilgore said something interesting, "Your brother had to have had permission to do and to continue to do what he did to you."  I thought it was a really good insight into this very sad matter.


I told my mother that my brother was hurting me at night very long ago as a small child.  She told me that I had a dirty mind and I was a whore.  I never said anymore but it continued to happen because she coddled my brother and took his side saying that he had done nothing wrong.

He would sneak into my bedroom, do his dirty deed and slip away into the dark night.  Within a couple of days he would attack me and try to kill me by smothering me with one hand over my mouth and the other pinching my nose shut.  I tried to tell one more person while I was in the First or Second Grade. An announcement came over the loud speaker in the old school I was attending.  The message was simple, if you are having any trouble at home then come and tell the principle immediately, I did. It was the principle of Frank McCoppin Elementary School in San Francisco that I had spoken to.  She called my parents in to the school following our conversation.  Not very long after their arrival in her office I heard them laughing.  The Principle came out and said, " Oh honey, you are just having bad dreams about your brother, you're just fine."  When I returned home after school I was beaten severely for talking to anyone about what happened at home behind closed doors. I never tried to get any help  again.

After publishing yesterdays post on "What She Says vs What She Means," I wonder if anyone understands what it is like to survive in a family that speaks with such a forked tongue and has a double meaning for everything that is said to you.  Of coarse my brother was very young when this took place and if he was encouraged to hurt me and to even kill me I have more understanding and forgiveness towards him. Personally I also would like say that the literal penetration of your little sister with your penis must have been a learned behavior in my opinion.

In the case of Sarah Meakin my younger sister saying to me just three years ago, "You should take a gun and blow your head off, it would be the best thing for the family," I feel once again that the encouragement to kill or wish for my demise is abnormal to say the least.  Sarah said this in the dining room of my mothers home with my mother and step-father Hugh Meakin present. I have no forgiveness for her in this matter, it is not excusable, nor understandable under any condition you may suffer in your life. She is in her late thirties and should know better than to say such damaging and suggestive messaging to another human being.

Both of us are the daughters a known brain-washer.  This being said by many of my mother's ex-congregant members and friends.  Saying such horrible things to your sister in the presence of who are meant to be your parents together and have been in the acting roll of this responsibility since I was three years old, is just reprehensible.  Sarah Meakin is a bully. Sarah  has no control over herself at all, saying whatever she wishes to say to whomever is in her way of what she wants in her life today.  On the night she said such horrible things to me, suggesting that I kill myself for the sake of the family, her father, my step-father had to physically restrain her from her attempt to beat me up physically.  My mother told me that she was weak minded and that I should forgive her for what she was doing. Of coarse no one said anything to temper or try to make amends for what had poured out of her mouth, they just seemed to once again passively approve the destructive behavior from one of my siblings towards me.  Her father, whom had run across the room to stop her advances on me, just held her in his arms saying, "It will be O.K., we will get through this" in a gentle whisper. I just stared at he and mother as yet again they did nothing to defend my life from impending attack from a sibling. Together they stand for the attacker and sooth them with words of compliance to seemingly encourage the aggression towards myself. The scene in my mothers dining room was indicative of the same scene in the master bedroom of 815 Balboa following me telling my mother that my brother was hurting me at night. Once again I watched in horror as the aggressor was comforted and I was left out in the cold to suffer with the reality of what I have had to survive for my entire life, the indifference and cruelty of the people who are meant to keep you safe .

Sarah, you were wrong to say what you said to me, it was cruel and unkind. A few years ago you screamed on the phone that my brother never abused me.  I do not know how you ever heard anything about his abuse, I had never said anything to you about anything that happened to me, ever.  The fact that you were privy to such an event in my life is embarrassing and makes me feel naked in your sight.  I do not know why you were compelled to get onto the phone, yelling and screaming that I was a liar.  Even my brother has admitted that I was molested. Your knowledge of such disgrace in our family has proved to be one of the reasons that I have stepped forward in life to straighten this record out.  The lack of discretion and the further gossip that you have spread to so many people disgusts me. The family rules have been broken by your disregard to what I was taught and beaten into believing, "Duty first, Self second." As the tables begin to turn on your life and you begin to suffer the same, I pity you, you lack the grace to move through life successfully. You are no more than a puppet, having your strings pulled by the puppeteer in a show you believe yourself to be the star. Your lack of grace under pressure has been noted.  Never being able to break this hold on your life has been a sign of your weakness and identifies your lack of integrity. Your encouragement of  the delinquency of a minor condoning the use of drugs and alcohol is just another red flag showing that you would rather destroy a life than to take the time to save a life.  It just so happened that that life was my daughter Rebecca and that is again crossing the lines of what is acceptable to do as an adult.  Sadly you embrace your destructive behavior as you seem to perceive yourself as the Golden Child of the family. Those titles were given years ago to your predecessors. You are just an after thought and not included in the real game which we play with our mother.

Did you know Nancy Pelosi  the Minority Leader of the United States House of Representatives and served as the 60th Speaker of the United States House of Representatives from 2007 to 2011? Did you know that  she was the first woman to hold the office and the highest-ranking female politician in American history?  Did you know Bill Graham was an American  impresario and rock concert promoter from the 1960s until his death?  Did you know the band known as The Jefferson Airplane who headlined the now-legendary "Human Be-In", the famous all-day 'happening' staged in Golden Gate Park?  Did you know Anton Levay who  was the founder of the Church of Satan as well as a writer, occultist, and musician. He was the author of The Satanic Bible and the founder of LaVeyan Satanism, a synthesized system of his understanding of human nature and the insights of philosophers who advocated materialism and individualism, for which he claimed no supernatural, metaphysical, or theistic inspiration?  Did you know Jim Jones  the founder and leader of the Peoples Temple, which is best known for the November 18, 1978 mass suicide of more than 900 Temple members in Jonestown, Guyana along with the killings of five other people at a nearby airstrip?  No you did not know any of these people in my mothers life before your appearance.  These people were in my mothers life and in mine.  Did you know that as per Tamara your big sister that Mom slept with Anton Levay while we were living on Hemway Terrace? What do you know? And why do you feel as if you can say to me, that I should  blow my head off for the good of the family, if you don't know the family motto then why were you imposing it upon me?  Duty before self is something that you know I was taught or you would not have imposed such a sentence upon my life with such blatant disregard for life itself.  You should feel the heat of shame upon your very being and your existence should challenge your own mind, not mine.

I know "The Rules of the Cruel," do you?
at July 28, 2011
Labels: 1st Single, A Stitch in Time, An Independent Mind, B.D.S.M Require, B.D.S.M., Discovery, Knot Logic, Know Decision, Life, The Secret of the Universe is Choice, Thoughts, Writing
Newer Posts Older Posts Home
Subscribe to: Posts (Atom)