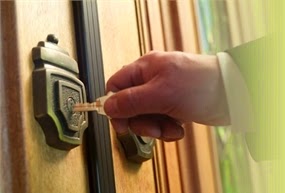 As Congress peaks a meeting with the Pope in this the year of 2015 it is of interest to the caliber,
in the fact that the party of the national understanding is of a separation of the rifle towards the stone,
in absence of the message to address of the location on the foundation of the belief that stature,
in midst of arson to the tangle of deep burns is the aspect to touch explanation of dread.

To future of the calendar on the house of the head is that balance going to cheek the lips at said,
for the ring on the hand to the dress of the shed is the robe of the cloak to shield of the Fed,
in answer to the question on the Central design no shock to the phone that coppers the line,
shine a bit of social to the cast at the scene in the product administration the sure is the preen.

Foremost to the Centuries of the death portraits file a simple addition to the torture of the mile,
in inch by phrase to the sentence of the stile one foot with a stamp the other storms a pile,
cork the drink to the message in the bottle the stream of constant is the declaration belling told,
character deflective the green pretty sound to bible up the thumper with a stage of all around.

So define on the revelations that taste of A Book in process on title to the foreign race a soot,
chimney full of lumber fires sold burn would etch into the drawing the branch of Cuckoo loul,
chitty bang bam the littles on the farm Grant the delicious with speaking of the shroud,
throw a saddle to the chair and date the edge with snippet slip raisin grows the Sun as a pit it.

Scent of Incense the ashes of the special say in Corporate accent to the ranch success is met with ....,
in and on the factory that thing in simple happening the tongue is swollen with a vine oh thistle,
throat to score the voice of cold shoulders that chill bitter dills have dined upon the signed,
in actual of Parson the dialect of death the money on the daiquiri and cocks atop the bred,
entertainment singing cord to deafening core theme pail,
make a Pear and call it snare the trap of opportunity did the snappers stair.
at February 06, 2015 No comments:
Newer Posts Older Posts Home
Subscribe to: Posts (Atom)