"Ancient Aliens explores the controversial theory that extraterrestrials have visited Earth for millions of years. From the age of the dinosaurs to ancient Egypt, from early cave drawings to continued mass sightings in the US, each episode in this hit HISTORY series gives historic depth to the questions, speculations, provocative controversies, first-hand accounts and grounded theories surrounding this age old debate. Did intelligent beings from outer space visit Earth thousands of years ago?"  http://www.history.com/shows/ancient-aliens/about

Antarctica is Earth's most remote and least explored continent. It is buried under as much as three miles of ice in some places, but recent satellite imagery has revealed what appear to be the tops of man-made pyramids scattered throughout the ice-covered landscape. But how is that possible? Ancient Astronaut theorists suggest that an ice-free Antarctica may have been colonized by extraterrestrials in the remote past, until a global catastrophe plunged it into the ice age. Is there a greater history on the continent than what mainstream scholars suggest? Scientists have reported strange magnetic anomalies radiating from beneath the ice, the Nazis allegedly made secret expeditions to the continent in search of a lost civilization, and government whistleblowers have come forward with claims of strange sightings. Perhaps hidden beneath the ice of this frozen continent lies the truth about our extraterrestrial origins. http://www.history.com/shows/ancient-aliens/season-11/episode-1
at January 17, 2017

PO Lo In The Park 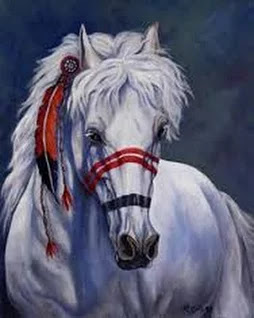 This morning January 17, 2017 I managed to figure out how to send three Tweets.  The first to Gasia Mikaelian | KTVU, the second to Mike Mibach | KTVU and the third to a Man | KTVU as he has been a great strength to me throughout these difficult times.  For that Man I gave the following address and simply add; http://doyouwanttobuildaplanettoday.blogspot.com/, for Mike Mibach I said that his associate had just received a tweet from me and that he was on the board, and for Gasia Mikaelian | KTVU I asked only in limited verse as Twitter will only allow 140 characters for description and that left much to her own determination to, or as what a job is for a local Reporter.  In edition of my google+ profile I sent this so that that Gasia Mikaelian | KTVU would have quick and easy access to all Five Blogs. 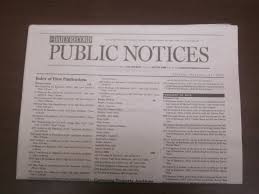 In regards to the 'Public Notices' in any local Newspaper the fact was a simple idea, the public would notice and begin the process of self-reporting, self-notice and or many other realities that actually served that column to ensure public-safety and to quantify license of difference of opinion in basic writes or announcement thereof. As I have many equaled times on all five blogs and on my own google+ I mark today January 17, 2017 as a day that no public notice on the Internet worked. In fact by the removal of Print News I am not even able to confirm that those tweets were received as I am not well-versed enough with Twitter to confirm, however even should I be familiar with Twitter how does a person confirm that more than that one hashtag has indeed been tagged?

Simply the time is 2:52 PM and the year 2017 the month of January. Not one person has responded and other than every time/date stamp on the obvious I would not even have the complete satisfaction that I tried desperately in a situation that had no ready answer. Is this the mirror-affect of Lefty O'Doul's in San Francisco, California? That being said the local television has taken subject to the fair for public opinion tweets and responses thereof, whereas in my case it is not a news worthy enough story, so my mother a San Francisco Icon has been left emptied? I don't believe so as my mother did so much for the City of San Francisco and is more than worthy of a story, she is the magnitude of what story telling/ reporting is all about, thus, the reason for Herb Caen (https://en.wikipedia.org/wiki/Herb_Caen)? What is the avenue of reserved for local T.V. that involves more than people already known in the World?

The following article was written by Horses in
California Co-founder, my mother, Melba Meakin and published on May 2, 1993.

"Welcome! It’s hard to believe, but gratifying, that Polo in the Park is celebrating it’s 10th birthday!

"Our first Show Jumping Grand Prix was held in July, 1984, at the Fort Barry Rifle Range in the Marin Headlands of the Golden Gate National Recreation Area.

"The following year, in August, 1985, the event was welcomed enthusiastically for the first time to the Polo Field of San Francisco’s world-renowned Golden Gate Park, fulfilling a dream for me.

"That dream was to let everyone enjoy the beauty and elegance, history and inspiration of the horse and its relationship with humans, in this—one of the splendid parks and great cities of the world.

"All ages, from children to grandparents, love horses, from the nag to the thoroughbred. Here we come to celebrate the horse, which has served humans for transport, for burden bearing, for individual pleasure, as a friend, for a livelihood, and even for our physical survival. The horse is part of our heritage. It’s unlikely the West could have been settled without it.

"Rare is the heart that is not touched to see a horse, in repose or in action.

"As we grew, we were especially pleased to be able to help children with physical disabilities grow in strength and self-esteem, through our James S. Brady Therapeutic Riding Program, which benefits from this event. And this year we welcome for the first time, joint sponsorship of the Queen’s Club and its beneficiaries, The Not Forgotten Association.

"The San Francisco Grand Prix Association and Polo in the Park Classics represent a rekindling of the principles identified by our founding fathers of life, liberty, and the pursuit of happiness.

"The vision—the harness of hope—is the leadership needed, not only by riders, but by every citizen in the nation.

"Be welcome, have a cup of tea, and enjoy!