A Triangular Life, sharpens the points to your draw!

SHooT!!
I speak from a Degree of Sight.
I tell not what I know,
but, rather, what I am blind too.

Why? beg the Question?
To answer in audible doubt?
A circle of self-gratifying bliss,
drives such disregard for Humanity.

Salute?
To Whom?
Bow?
To What?

But, I know who,
when, where and why.
Declaration of such articulate separation,
of what is known:
Is not a crime!
Nor, is it a Sin to me.

The mere acceptance of what exists,
is in itself extinction of all that may be.
Experience of what has been,
is Women parroting men.

Defiance of such a thought,
records your Soul and darkens your Heart.
All towards the indifference to the gender you employ.
Second to none?
This has issued your Certification of Death;
in less.

I stand for a mountain peek,
it mentors me! To see.
Free from this race,
I alleviate my burden upon this World,
I accept the Satchel of Cache,
and pay willingly to have beaten out of me,
the Crucifixion of your shallow wells.

A thought of just enough interest
to tempt woman and then....
Expose your inadequacies as selfish desires.
And, the wanted murder of man,
your words not mine.

An all time quote of the womanly kind,
expresses the way women whine.
All, while knowingly tearing apart, what?
Humanity
This blindness to what centers this word concerns.
Man!

To ignite within the conception, of what has consciously destroyed for years,
without repair:
I counter you in delight of not madness but greed.

For in a twist of this and a fake of that,
I will excel my own to testify to their own appeal of what they wish.
To prove only that your selfishness was not wrong.
But, purely self-serving and singular in nature.

In what can only be sterile,
which is not clean.
You have done all of this,
you have emasculated yourselves.

All in a feeble attempt to be what you already are,
ignorant to the process of Creation.
Pushing aside the need or want to procreate and couple as one.

As I withdraw from what I know,
only to remain a girl, I say,
"Whoa, Man"
this is coined to women for me.

For only in what is recognizable is there a plausible try to explain.
For a Lord is not the same without a Lady to source.
In this you may explore becoming a "Lady" to court.
For it is a Lord that may entertain a Lady,
not vice-a-versa.

Traveling the dictation of language,
break down the barrier of stupidity.
Recognize the need for Nobility!
For in this piece there is more.

"No Women to declare!"
I stare.

Only Subjects of the Crown.
A far easier way to remain
with what dictates control of Wars:
Kings, not Queens
Emperors, not Empresses
Pharaohs at the front,
I blood myself.

A haughty thought to Battles I have won,
in mindful respect to the Men I know.
I have slain with such Universal disdain,
to my own personal experience on what you call your Earth;
which is MUD to me.

A simple, yet, nightmarish view of one,
who knows nothing of civilized behavior.
Seeking only what is wild, to live free of this indignity.
Called Beast, Numbered 666, at birth,
only to know my son accepts with Liberty and Grace
his roll in this race.

So, heed your wares,
know your dare.
It's answered by only your own!

For second to none is "I"
and all I see is Man.
And they are First to me and mine.
Tempering. 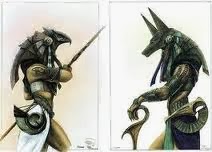 Do you follow after?
Are you in this life?
Where do I look?
Can you remember? Me?

I think upon your history,
I dream upon your name.
The storm brings rain into my life,
so tears I do not shed.

I miss the things that I cannot know,
but seems so deeply sunk inside my being.
I see you when I close my eyes,
your guidance is my tune, play me.

The Stars do point,
Pyramids do show, the Sphinx does say, "Hello."
My Liege, dear Sir, my love is true,
where on this Earth are you?

I'm pulled and tugged from depths of low,
My Lord,
What have you done?

I go first to see the way;
directions by design.
I've seen it all, but in this fall
you roar me to yourself.

I'm split in two and yet I'm one
aching for the more or some,
relief from pain of lacking my Soul,
I gave my heart away too.

Do you? will you? claim this thing?
I'm called by more than man.
I am an it and often fit
the worst life in this World.

I know we are not born of this,
my hopes for freedom soar.
Return me to, the wild, I'm due;
I love you listen, I hope!!

Wrong Time, right turn,
I'll bump into, the Man I know you are.
Beware of people.
Jealousy:
Takes lives without a clue.

Amazing facts and heavy measure
a life that's looped with some.
I've been before, I'll be again
I sing this hymn for all to hear.

It this your Lore or Dream!
My Liege, my Lord, dear Sir,
can you relate to this mate?

Anubis spoke, in soft restore
and told me to hold true.
He said, "dear girl, he waits for you."
then Mother Nature choked,
she holds me tightly too.

The power of this Tryst I know
powers me off to sleep.
To rest upon Anubis feet
while waiting for your yoke.

I still do wonder each time at night,
when the Sun does set.
Is this a joke or is it real,
does life begin with what is in?