The Burning Blue Encircles My Do 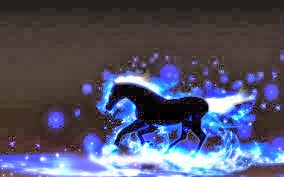 Turning in a slow manner,
just to envelope the sight of,

Surrounding my very being,
I shutter to reveal,

In the center,
of this All-Encompassing Circle,
I stand with no Man.

No-Flame lapped my Own-Self,
just engaged my Mind and Simply I find,

'Sight of the Ominous Kind: A Sign, Flourishing, Sublime'

A Fire of No-Time,
seemingly,
Coming out of No-Place.

I have only closed my 'eyes'
"To See"

The Flight of No-One,
delivers that which I so hesitantly-share.

A Complicated-Way,
for Humanity,
to achieve.

Blindingly,
You have stated;

In Such,
You, Your-Self,
have "No-Sight,"
making Innocence something you killed,
delivering "A Mind-Blinded By-Proxy."

A Battle or a Purpose,
regardless of source,
shall bring to the 'Masses'
an Opinion of,

"Spiritual UN-Rest, not a Religious Test"

In the,
Midst of a Controversial Plan,

Creation stands Watch,
Evolution Halts,
as Heavens crumble,
Earth shakes,
as 'She' is being Raped.

To stare,
not blatantly,
just in View of 'All of You.'

Animals visit,
'this Extinction, Exhibit,'
all brewing,
while still filming,
what is left of these guys.

'What Kind of Demise?'

Stating Numbers,
"Quoting Why"
their extinct and how they die.

Yet,
there is "No-Want,"
to Change this PLACE.

You had to have lost that,
as You taunt death,
recording life.

Drunk You are to what is left of this Scar.

Thereupon such a saddened,
"Swan-Song,"
such a wanton and perverse action on this,
Beautiful EARTH;
few will survive to deliver a,
"New Birth,"
to a New Day to Simply Say:

I am in the midst of a Circle of Fire.
Not burning,
brought by not my desire,
just being shown,
the Protection of the Flames,
delivering the separation,
to squash Fear.

Delivered Near and to not be bothered,
as 'These Flames'
not sparks of fire,
burn out-from-my-tire,
'To Know' 'To Understand'

A World of Shown

No Growth in what seems "A Human Oath,"
Entertaining only Self,
Using Religion as "A Belt"

...the Beguile,
which has been dealt.

Do You Feel Contrite?
or right?

“Don't shrink from natures brutal perfection. Take joy in it. Embrace it. Understand it and revel in it. Respect it's strength, it's wisdom, it's brutality and it's all-encompassing power. The highest law has always been, and shall be, nature; and the greatest wisdom forever lives in and through nature's eternal Fascism.”
― Boyd Rice, Standing in Two Circles: The Collected Works
~
“Wolves are not ruled by law. They are ruled by the alpha-wolf's policy. Individual wolves can do anything not prohibited by the alpha-wolf. They can do anything they can get away with doing. To the wolf - breaking sheep law or the alpha-wolf's policy only becomes serious if caught. Getting caught is everything.”
― Richard Kelly Hoskins, The Wolf and the Sheep
~
“When species live, As they are meant to be, That is the true diversity. Say what they will of freedoms plight, When the truth comes down, It's "Might Is Right"!
Life can be hard and life can be Hell, But no man fears death, Who lives life well. False pleasures and comforts will get you by, Yet wretched is the man, who lives a lie.”
― Magnus Soderman, Grundläggande Raslära: En Introduktion
~