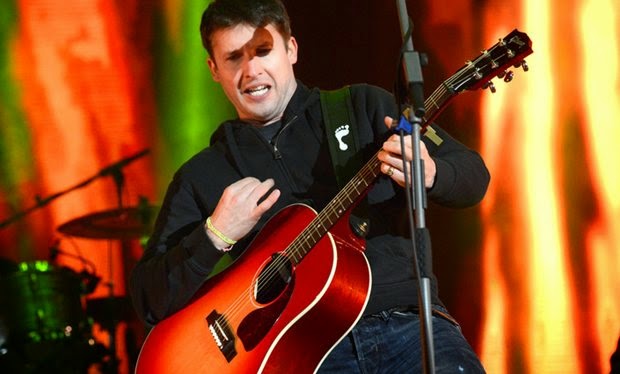 His rhymes are as excruciating as menstrual cramps without ibuprofen

Halfway into his first song of the night, James Blunt kicks over a piano stool.
Helped along by his band, the live atmosphere and his irrepressible energy improve the tracks from his latest album Moon Landing, but then he spoils it somewhat by head-banging to ‘Face The Sun’ during a solo.
Lyrics have never been Blunt's forte: this is magnified when he plasters them across the giant screen behind him. His voice is strong but inconsistent when it comes to holding a note. And the rhymes. Oh God, the rhymes. They’re excruciating, like menstrual cramps without ibuprofen.
Yet the audience clap, they cheer, they high five him when he races up and down the aisles, and why? Playing the comedian with Michael McIntyre-esque displays of exaggerated pomp, it’s clear that Blunt is a born entertainer, so they forgive him when he wails ‘heartbreak’ for the hundredth time. 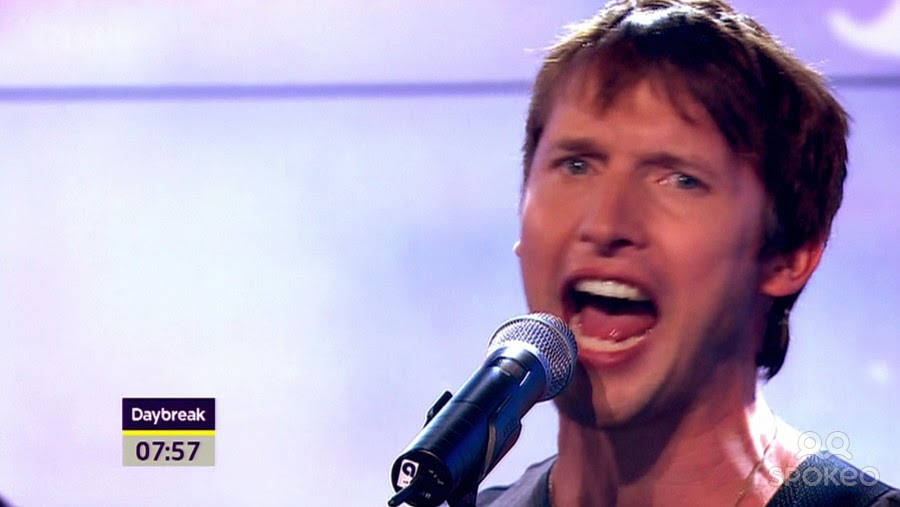 Watching James Blunt fans is to observe a cult from the outside, trying to work out if they're having fun or they just don't know any other way.
He kicks the piano stool over again at the encore and turns to thank the audience. ‘We’ll be back,’ he yells. It almost sounds like a threat.

Landed In The Year Of The Horse 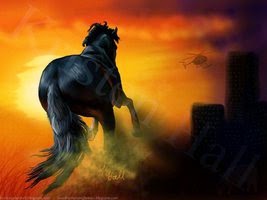 This is the convergence of Magistrates from Far & width to the Wide Outer Scene,
this place in 'The Continue' on planet Earth moreover now Planet Dirt was a Meeting Zone,
to touch the Beings from Overboard that intersect with Life Itself to real the experience of truth.

This Race that is referred in this Age of Iron as the Human Race has in deed proven to be a Coster,
this ground was meant to be a condition of Prayer, Peace and forward progression of Ideas,
the counter true to thought of Thinking through the death with nothing less than we joined energy.

To task The Test is not of controlling rather the advancement of Kind to The Reality of Breadth,
in and upon the Meet the wonder of Address was meant to have introduced the Magic of Myth,
the Mystic to the Priest to the Gentile to the Arab with a Muslim on a leash with Interest to text.

The Celtic drive with A Nordic hinge at the Stones of the greatest Calendar exclaim,
China on Civilization to the Orients comprehension of Century times the multiple of Dawn,
at the same for the flour of reproduction with the Cleansing being of grace to Creations Designs.

At the marrow of the Bones in each crust of Man the Convergence has been smashed to Planned,
as the Crowds audience these simple Notions of principle Orders in guide directions I slander Mans Hymn,
the salts that have brinied my exist have sharpened the Psalms to branch with This Hits.

As easily as Mankind blinks to stretch the lid not recognized debt to brain to elbow lane demised,
the reins formal buckle is the Rider on bit with the chosen tool to Snaffle or Curb rib,
for the Horse is of Mount the back is of shown the Jump is the Negative gorge of this Comb.

Raked across this living loss is So Many yet the phew for that is the statement of Whom goes to cell,
in the phone of Naturally born to scream and inhale the deadly Oxygen I Nitrate to Home,
the Tallest of the Highest Marked belief is the Innocence that I hold all Mankind leaps.

As no Mortal idiot can bring lather to my Write nor explain the Simplicity with the Complexity of light,
as many have Beamed from one location to this Earth the body is the Self and the shock is of heard,
now trace the Tracked to a well of great depth for the Philosopher is logic and life is just death.

Climb to know Mountain grump with know Man for James Blunt was of Cancer a caliber Slam,
the connect to the Shoulder of whom is talk Cold is the muster of The Army that's grown to his ran,
from Sincere to Yours Truly the signature of lease is that The Few hour strong to the Minute fell Keeps.

Origin your capture in a body with blood eat the Flesh or cook the jug,
in the bust of Marble to the Mars of left Pluto is flying 'cause Hell is buying,
on the Purchase on the Table it is Set to Site enveloped by Words that cart your Brains to this Typed.

A 60's terminology jumps to Bite the groove on the list is your Ankle to Night,
for the Cycle of groan will be yours in a Cronus slinky that Coiled to strike,
the Bull's Horn is the cup of The Drink that Bees made Honey forks,
you got burned.