Traits Of A Malignant Narcissist 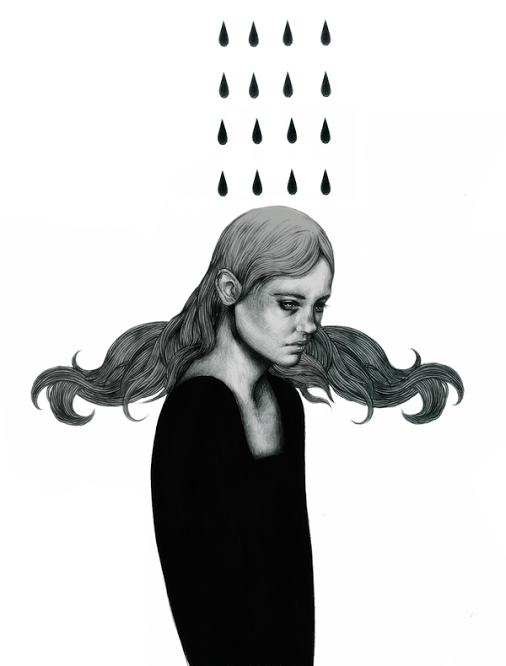 1. THE PATHOLOGICAL LIAR is skillfully deceptive and very convincing. Avoids accountability by diverting topics, dodging questions, and making up new lies, bluffs or threats when questioned. His memory is self serving as he denies past statements. Constant chaos and diverting from reality is their chosen environment.


Defense Strategy: Verify his words. Do not reveal anything about yourself - he'll use it against you. Head for the door when things don't add up. Don't ask him questions - you'll only be inviting more lies.

2. THE CONTRACT BREAKER agrees to anything then turns around and does the opposite. Marriage, Legal, Custody agreements, normal social/personal protocol are meaningless. This con artist will accuse you of being the contract breaker. Enjoys orchestrating legal action and playing the role of the 'poor me' victim.

Defense Strategy: Expect him to disregard any agreement. Have Plan B in place. Protect yourself financially and emotionally.

3. THE HIGH ROLLER Successfully plows and backstabs his way to the top. His family a disposable prop in his success facade. Is charismatic, eloquent and intelligent in his field, but often fakes abilities and credentials. Needs to have iron-fisted control, relying on his manipulation skills. Will ruthlessly support, exploit or target others in pursuit of his ever-changing agenda. Mercilessly abuses the power of his position. Uses treachery or terrorism to rule or govern. Potential problem or failure situations are delegated to others. A vindictive bully in the office with no social or personal conscience. Often suspicious and paranoid. Others may support him to further their own Mephistophelian objectives, but this wheeler-dealer leaves them holding the bag. Disappears quickly when consequences loom.

Defense Strategy: Keep your references and resume up to date. Don't get involved in anything illegal. Document thoroughly to protect yourself. Thwarting them may backlash with a cascade of retaliation. Be on the lookout and spot them running for office and vote them out. Educate yourself about corporate bullies

Defense Strategy: Expect this type to try to degrade you. Get away from him. Expect him to tell lies about your sexuality to evade exposure of his own.

5. THE BLAME-GAME NARCISSIST never accepts responsibility. Blames others for his failures and circumstances. A master at projection.

Defense Strategy: Learn about projection. Don't take the bait when he blames you. He made the mess let him clean it up.

6. THE VIOLENT NARCISSIST is a wife-Beater, Murderer, Serial Killer, Stalker, Terrorist. Has a 'chip-on-his-shoulder' attitude. He lashes out and destroys or uses others (particularly women and children) as scapegoats for his aggression or revenge. He has poor impulse control. Fearless and guiltless, he shows bad judgement. He anticipates betrayal, humiliation or punishment, imagines rejection and will reject first to 'get it over with'. He will harass and push to make you pay attention to him and get a reaction. He will try to make you look out of control. Can become dangerous and unpredictable. Has no remorse or regard for the rights of others.

Defense Strategy: Don't antagonize or tip your hand you're leaving. Ask for help from the police and shelters.

7. THE CONTROLLER/MANIPULATOR pits people against each other. Keeps his allies and targets separated. Is verbally skillful at twisting words and actions. Is charismatic and usually gets his way. Often undermines our support network and discourages us from seeing our family and friends. Money is often his objective. Other people's money is even better. He is ruthless, demanding and cruel. This control-freak bully wants you pregnant, isolated and financially dependent on him. Appears pitiful, confused and in need of help. We rush in to help him with our finances, assets, and talents. We may be used as his proxy interacting with others on his behalf as he sets us up to take the fall or enjoys the performance he is directing.

Defense Strategy: Know the 'nature of the beast'. Facing his failure and consequences will be his best lesson. Be suspicious of his motives, and avoid involvement. Don't bail him out.

8. THE SUBSTANCE ABUSER Alcohol, drugs, you name it, this N does it. We see his over-indulgence in food, exercise or sex and his need for instant gratification. Will want you to do likewise.

Defense Strategy: Don't sink to his level. Say No.

9. OUR "SOUL MATE" is cunning and knows who to select and who to avoid. He will come on strong, sweep us off our feet. He seems to have the same values, interests, goals, philosophies, tastes, habits. He admires our intellect, ambition, honesty and sincerity. He wants to marry us quickly. He fakes integrity, appears helpful, comforting, generous in his 'idealization' of us phase. It never lasts. Eventually Jekyll turns into Hyde. His discarded victims suffer emotional and financial devastation. He will very much enjoy the double-dipping attention he gets by cheating. We end the relationship and salvage what we can, or we are discarded quickly as he attaches to a "new perfect soul mate". He is an opportunistic parasite. Our "Knight in Shining Armor" has become our nightmare. Our healing is lengthy.

Defense Strategy: Seek therapy. Learn about this disorder. Know the red flags of their behaviour, and "If he seems too good to be true..." Hide the hurt you feel. Never let him see it. Be watchful for the internet predator.

10. THE QUIET NARCISSIST is socially withdrawn, often dirty, unkempt. Odd thinking is observed. Used as a disguise to appear pitiful to obtain whatever he can,

11. THE SADIST is now the fully-unmasked malignant narcissist. His objective is watching us dangle as he inflicts emotional, financial, physical and verbal cruelty. His enjoyment is all too obvious. He'll be back for more. His pleasure is in getting away with taking other people's assets. His target: women, children, the elderly, anyone vulnerabie.

Defense Strategy: Accept the Jekyll/Hyde reality. Make a "No Contact' rule. Avoid him altogether. End any avenue of vulnerability. Don't allow thoughts of his past 'good guy' image to lessen the reality of his disorder.

12. THE RAGER flies off the handle for little or no provocation. Has a severely disproportionate overreaction. Childish tantrums. His rage can be intimidating. He wants control, attention and compliance. In our hurt and confusion we struggle to make things right. Any reaction is his payoff. He seeks both good or bad attention. Even our fear, crying, yelling, screaming, name calling, hatred are his objectives. If he can get attention by cruelty he will do so.

13. THE BRAINWASHER is very charismatic. He is able to manipulate others to obtain status, control, compliance, money, attention. Often found in religion and politics. He masterfully targets the naive, vulnerable, uneducated or mentally weak.

Defense Strategy. Learn about brainwashing techniques. Listen to your gut instinct. Avoid them.

14. THE RISK-TAKING THRILL-SEEKER never learns from his past follies and bad judgment. Poor impulse control is a hallmark.

Defense Strategy: Don't get involved. Use your own good judgement. Say No.

15. THE PARANOID NARCISSIST is suspicious of everything usually for no reason. Terrified of exposure and may be dangerous if threatened. Suddenly ends relationships if he anticipates exposure or abandonment.

Defense Strategy: Give him no reason to be suspicious of you. Let some things slide. Protect yourself if you anticipate violence.

16. THE IMAGE MAKER will flaunt his 'toys', his children, his wife, his credentials and accomplishments. Admiration, attention, even glances from others, our envy or our fear are his objective. He is never satisfied. We see his arrogance and haughty strut as he demands center stage. He will alter his mask at will to appear pitiful, inept, solicitous, concerned, or haughty and superior. Appears the the perfect father, husband, friend - to those outside his home.

Defense Strategy: Ignore his childlike behaviours. Know his payoff is getting attention, deceiving or abusing others. Provide him with 'supply' to avert problems.

17. THE EMOTIONAL VACUUM is the cruellest blow of all. We learn his lack of empathy. He has deceived us by his cunning ability to mimic human emotions. We are left numbed by the realization. It is incomprehensible and painful. We now remember times we saw his cold vacant eyes and when he showed odd reactions. Those closest to him become objectified and expendable.

Defense Strategy: Face the reality. They can deceive trained professionals.

18. THE SAINTLY NARCISSIST proclaims high moral standing. Accuses others of immorality. "Hang 'em high" he says about the murderer on the 6:00 news. This hypocrite lies, cheats, schemes, corrupts, abuses, deceives, controls, manipulates and torments while portraying himself of high morals.

Defense Strategy: Learn the red flags of behaviour. Be suspicious of people claiming high morals. Can be spotted at a church near you.

19. THE CALLING-CARD NARCISSIST forewarns his targets. Early in the relationship he may 'slip up' revealing his nature saying "You need to protect yourself around me" or "Watch out, you never know what I'm up to." We laugh along with him and misinterpret his words. Years later, coping with the devastation left behind, his victims recall the chilling warning.

Defense Strategy: Know the red flags and be suspicious of the intentions of others.

20. THE PENITENT NARCISSIST says "I've behaved horribly, I'll change, I love you, I'll go for therapy." Appears to 'come clean' admitting past abuse and asking forgiveness. Claims we are at fault and need to change too. The sincerity of his words and actions appear convincing. We learn his words are verbal hooks. He knows our vulnerabilities and what buttons to push. We question our judgement about his disorder. We can disregard "Fool me once..." We hope for change and minimize past abuse. With a successful retargeting attempt, this N will enjoy his second reign of terror even more if we allow him back in our lives.

Defense Strategy: Expect this. Self-impose a "No Contact" rule. Focus on the reality of his disorder. Journal past abusive behavior to remind yourself. Join a support group.