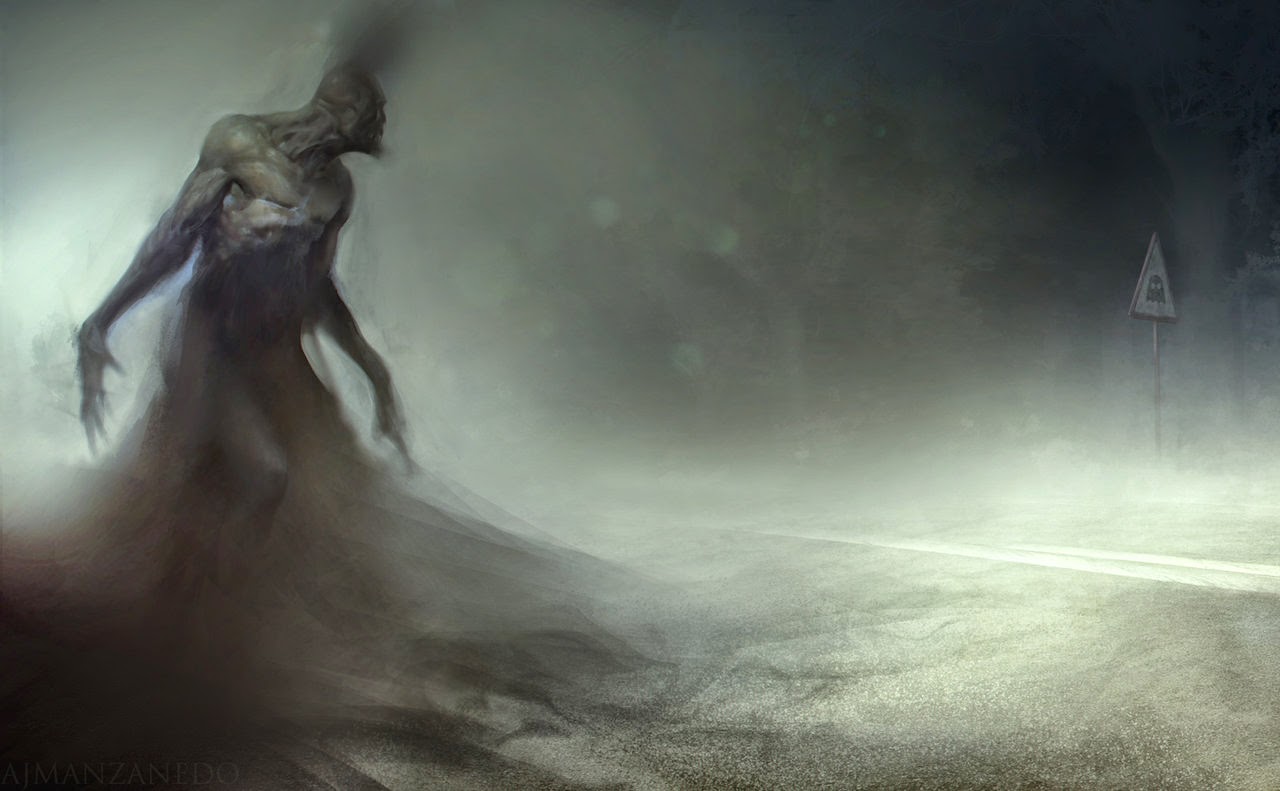 By Oliver Libaw
Sept. 11
The devil must be busier than ever in the new millennium.

Exorcism, the ancient rite of casting out Satan and his demons from the souls of the possessed, is thriving in America and was long before recent revelations that Mother Teresa underwent one and Pope John Paul II performed them.

"It is a big phenomenon," J. Gordon Melton, a Methodist minister who directs the Institute for the Study of American Religion, says of exorcisms in the United States.

"There is a lot of exorcism going on."

What many might consider an archaic and obscure rite has been front-page news this year.

Last week, the Archbishop of Calcutta, Henry Sebastian D'Souza, announced that he ordered an exorcism performed on Mother Teresa before she died in 1997.

D'Souza said he thought the Nobel Peace Prize-winning nun possibly was being attacked by the devil, and asked a priest to exorcise it.

Mother Teresa is not the only prominent Catholic figure linked to exorcism.

Italian media reported that Pope John Paul II attempted to exorcise evil spirits from a 19-year-old Italian woman last year, although the Vatican said he only blessed her.

The Roman Catholic Church's chief exorcist said the woman displayed superhuman strength, and that the pope's efforts did not rid her of the hostile spirit.

"Exorcism is more readily available today in the United States than perhaps ever before," writes Michael Cuneo, a sociologist at Fordham University, in his newly published book, American Exorcism.

Cuneo suggests that though the hit book and movie The Exorcist brought the subject national attention in the 1970s, exorcism has grown more popular in the past two decades.

The Catholic Church has at least 10 official exorcists around the United States, nine more than a decade ago, Cuneo says. He found them reporting the kind of bizarre supernatural behavior featured in movies: levitation, mysterious scars and wounds that might form pictures or spell out hateful words, and more.

The church remains extremely cautious in approving the procedure. The vast majority of exorcisms today are performed by a variety of protestant religions, Cuneo and other experts say.

"By conservative estimates, there are at least five or six hundred evangelical exorcism ministries in operation today, and quite possibly two or three times this many," he writes, in addition to numerous exorcisms performed by charismatic, Pentecostal and other brands of Christianity.

From Screams and Vomit to Quiet Prayer

Some involve tying people to chairs and then trying to scream the demons out of them; others retch and curse while writhing on the floor. Some are more like therapy sessions, where counselor-exorcists discuss demons of lust and guilt along with traditional mental health concerns.

Roman Catholic exorcisms are elaborate, carefully planned rituals that take hours to complete. They can involve holy water, crucifixes, and sacred ruins, as laid out by the De Exorcismus et supplicationibus quibusdam, an updated exorcism manual approved by Pope John Paul II in 1998.

"There's an actual formula," says Father Joseph Scerbo, a Roman Catholic priest who heads the Association of Christian Therapists. Scerbo says actual demonic possession is extremely rare, and many may use the term incorrectly to apply to demonic affliction, which is less serious.

Scerbo doubts Mother Teresa was the victim of full-fledged demonic possession and in need of an exorcism.

In contrast to Roman Catholic ritual, many protestant exorcisms are straightforward and may not appear much different from a normal prayer service.

"We would not see it as any elaborate ritual," says the Rev. J.R. Hall, editor of the Pentecostal Herald and member of the United Pentecostal Church. He says an exorcism might involve nothing more than prayer and laying hands on the afflicted.

Many conservative protestants see the devil as an active force in the everyday lives of people, and feel that exorcism is the natural way to deal with it. They might undergo several exorcisms — also called a "deliverance" — a month.

New Age religions also have their own brand of exorcism, believing that spirits of the dead and other supernatural creatures routinely interfere with and sometimes possess the living, and must be told to leave.

Possession vs. Mental Illness: How Can You Tell?

Like many protestant groups, United Pentecostal Church members believe the Holy Spirit gives them the power of "divination" — to sense when a demon is afflicting someone.

Many people might be violent, depressed, or irreligious without any supernatural involvement.

"Through the Holy Spirit, you can tell it's more," says Hall of genuine cases of possession.

Pastor Steven Waterhouse, an evangelical Christian who heads the Westcliff Bible Church in Amarillo, Texas, has written about the differences between mental illness and possession.

"I think there are such things as demon influence but I think it's rare," he says.

"People are too quick to diagnose demons. Human nature is plenty evil on its own."

Exorcism has caused a number of real-world tragedies over the years, including several deaths.

Pentecostal ministers in San Francisco pummeled a woman to death in 1995, as they tried to drive out her demons.

In 1997, a Korean Christian woman was stomped to death in Glendale, Calif., and in the Bronx section of New York City, a 5-year-old girl died after being forced to swallow a mixture containing ammonia and vinegar and having her mouth taped shut.

In 1998, a 17-year-old girl in Sayville, N.Y., was suffocated by her mother with a plastic bag, in an effort to destroy a demon inside her.

Cuneo reports that a Wisconsin woman successfully sued her psychiatrist in 1997, after he diagnosed her as diabolically possessed, and having 126 personalities, including the bride of Satan and a duck. The experience left her suicidal, she claimed.

Overall, many involved in exorcism say the prayers and rituals involved are safe and may offer some comfort to true believers who are not actually afflicted by demons.

"If it's real to the person, you have to take it seriously," says Eddie Gibbs, an Anglican priest and professor at the Fuller Theological Seminary in Pasadena, Calif. "I do believe that there is an intelligence behind evil," he insists.

But, he cautions: "We mustn't be gullible."
at July 15, 2011 No comments:
Labels: 1st Single, A Stitch in Time, An Independent Mind, B.D.S.M Require, B.D.S.M., Discovery, Knot Logic, Know Decision, Life, The Secret of the Universe is Choice, Thoughts, Writing

The Darkness Of The Day

If I don't confront my fears or what is haunting me then I will not be that far behind him.  There is such a thin line between finding the room to express yourself and becoming swollowed up whole by what happened to you.  Flashbacks are very difficult to deal with in your life.  I do not believe that people understand how crippling they are to your everyday existence. Maybe it is because you cannot see them.  It is difficult to see into a broken brain. Flashbacks strike at will and you never know what will trigger them, so you are cautious of everything.  I have found that when they consume me I try and relax, allowing them to run there course.  Sometimes I will write my way out of them, hence all the spelling or grammatical errors you will run across if you read my stuff or get an email in the middle of one, sorry.  I have tried a lot of different things to stop the flashback but nothing really seems to work.  It seems that when your mind wants to relive a situation that whether you are in agreement or not, your mind does it regardless.  No matter your schedule or your whereabouts.  I have tried to show patience with myself but the frustration of the situation sometimes gets the best of me.

Today I am stuck in this one continual re-run in my head.  Davy and I were in the Church Building  on O'farrel and Divisadero Streets.  We were waiting for the morning service to begin. We were coming out of one of the side rooms into the entrance hall of the church.  My mother was walking towards us with several people following her.  I looked over to Dave and immediately grabbed his hand.  I turned out of the way while still holding onto his hand because I knew what was coming next and I would try to hold onto him as long as possible.  What comes next just disturbs me to no end.  I hate that I am playing this video over and over again in my head. He sees my mother and projectile vomits across the entry hall.  The vomit flys so far that on several occasions it would hit my mother.  It was so gross, I cannot even begin to tell you how discusting this was to experience.  The worse part has yet to come.  They would grab him, yanking him out of my hand.  They would scream and yell, casting demons out of him.  I was always pushed and shoved out of the way.  There was nothing I could do once the confrontation began, I felt so helpless. It happened so many times that my mother made him carry a bucket around all of the time.  One particular time that this happened, he was made to eat the vomit.  On the day that this happened I began vomiting too.

These times in my life are etched into my memory and now it plays like a movie for reasons that make no sense to me.  All it proceeds to do is remind me of the cruelty and abuse we suffered through.  The frustration that I suffer with all of this stored up information just continues because there is no good way to look at any of these things that took place.  The on-set of flashbacks in my life are causing me to be flustered with myself.  What is it that my mind is trying to tell me?  What lesson have I not learned?

I feel that if I do not stand against the abuse  that has happened in my life then somehow I am giving a thumbs up to what took place.
at July 15, 2011 No comments:
Labels: 1st Single, A Stitch in Time, An Independent Mind, B.D.S.M Require, B.D.S.M., Discovery, Knot Logic, Know Decision, Life, The Secret of the Universe is Choice, Thoughts, Writing

The temptation of the lies
I watched and then I cried
As they ripped away at my sides
I stood and didn't die!

How easily a Narcissist creates
what they need and never gave
lessons in a cover-up
No truth was taught, Umbrella bought
as lights shine in their home.

Publicly they trend
to undo my mend
Speaking half-truths so this may end
just to attack me once again.

Hidden men, Lurking woman
Paranoia drives this madness!
Confessional from a member then
"I followed you for them."

Scary thought, of this I know
Caught them once and had to go
Difference lies in the truth he told
Made me know I wasn't old.

"Sixteen"
It was mean!

It is one thing to wonder, When?
It is something to see, Then?
Ask them the question, Why?
and you'll be beat for their lie.

Countenance must be my try
Habits never die
listing.