E.K.P. June Yore Is A Noun That Is A Work King Man From Hawaii To State Of Value On A Law Years Trust For Land Rights Not Left Leafs. 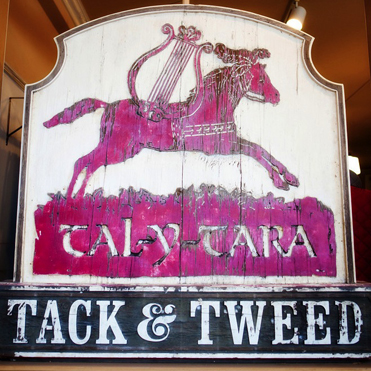 Everyone remembers 1401 Alamo as that is the Estate of Bill Maher with the Doobie Brothers tier,
an attach meant is to MY GODFATHER Arthur Royce Paddock whom was the Active Manager at The Shop,
in Montara California right On Highway 1,
so to the fantastic Territory and to the Wonder of a Grand Man whom cared deeply for my well-being,
thank you for your inheritance,
as you have decided a legacy that will Score the World today.

Research & development has systematically removed memorized Trees??,
no,
its just people destroying The Presidio,
saying Lobos Creek was nothing special and should be allowed to be Walked about,
as the connect to that is the kind creative Words to photos to be Witnessed on show listings,
as that is the best of show to say that this World is not down to the Wire but rather on the Knows in a sku Factor.

That is the Beam??,
or the Rafter,
the silly get a dollar from the Mint on a chocolate,
or the outline on the scheme to tick its to yards at the grave tongue at harsh bits.

Oh say that is just the waves of generosity to allow West Clay Park this Nose,
it is a Scent on The Paper at Movies and laughter??,
for should the love not have been than the Patel's would not have seen that I remember India like the beauty Fulls,
Richard and Georgia Henry by the See.
at February 22, 2016
Labels: %.....BILL MAHER, BILL MAHER

For All The Kids That Love National Geographic Study Haul, Lets Love The Galaxy And Stand On Earth With Just Love As dg Also Stands For Decomposed Granite!! Isn't This Exciting??

From Wikipedia, the free encyclopedia
Nix is a natural satellite of Pluto. It was discovered along with Hydra (Pluto's outermost satellite) in June 2005. It was imaged along with Pluto and its other moons by the New Horizons spacecraft as it flew by the Pluto system in July 2015.[7] Of the four small Plutonian moons the best pictures are of Nix, with resolutions as high as 330 meters per pixel.[8] 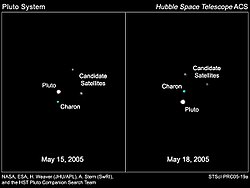 The formal name "Nix", from the Greek goddess of darkness and night and mother of Charon (ferryman of Hades), was announced on 21 June 2006 on IAU Circular 8723,[9] where the designation Pluto II is also given. The initials N and H, for Nix and Hydra, come from "New Horizons". The original proposal was to use the classical spelling Nyx, but to avoid confusion with the asteroid 3908 Nyx, the spelling was changed to Nix. Jürgen Blunck explains it as the "Spanish translation" of the Greek name.[11]

Nix follows a circular orbit in the same plane as Charon.[2] It is in a 3:2 orbital resonance with Hydra, and a 9:11 resonance with Styx(the ratios represent numbers of orbits completed per unit time; the period ratios are the inverses).[3][12] As a result of this "Laplace-like" 3-body resonance, it has conjunctions with Styx and Hydra in a 2:3 ratio.
Its orbital period of 24.9 days is also close to a 1:4 orbital resonance with Charon, but the timing discrepancy is 2.8%; there is no active resonance.[3][13] A hypothesis explaining such a near-resonance is that it originated before the outward migration of Charon following the formation of all five known moons, and is maintained by the periodic local fluctuation of 9% in the Pluto–Charon gravitational field strength.
As with Hydra and perhaps the other small Plutonian moons, Nix tumbles chaotically; the moon's axial tilt and day length vary greatly over short timescales.[14][15] At the time of New Horizon's flyby, Nix was rotating with a period of 43.9 hours retrograde to Pluto's equator with an inclination of 132 degrees — in other words it is rotating "backwards" in relation to its orbit around Pluto.[16] The rotation period has actually increased by 10% since Nix was discovered.[16]

Nix has been measured to be 54 by 41 by 36 kilometers (33.6 mi × 25.5 mi × 22.4 mi) in diameter, indicating a very elongated shape, and a very high geometric albedo.[2] In the discovery image, Nix is 6,300 times fainter than Pluto.[17] New Horizons determined that Nix is approximately 32 kilometers (20 mi) across.[18]
Early research appeared to show that Nix was reddish like Pluto and unlike the other moons,[13] but more-recent reports have been that it is grey like the remaining satellites.[6]New Horizons spotted a large region with a distinctive red tint surrounding a large crater, which may explain these conflicting results.[19] Detailed images of the moon have revealed at least 6 impact craters on it, the largest of which is about 15 km across.

New Horizons is the only spacecraft that has flown through the Pluto system and hence the only one that has explored Nix. Until 13 July 2015, when NASA's Long Range Reconnaissance Imager on board New Horizons determined Nix's size,[18] all but its existence was unknown. Of Pluto's smaller satellites, it was the only one clearly imaged.

The Siren Is But A Charm As Reality Is My Feat!! 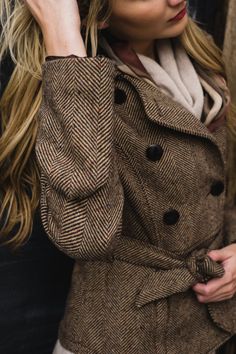 From Wikipedia, the free encyclopedia
For other places with the same name, see Devil's Slide (disambiguation). 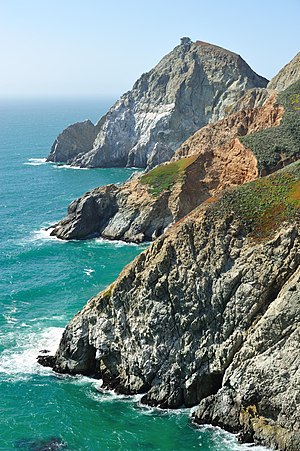 The sheer cliffs of the Devil's Slide promontory. A large area of slope failure is evident, marked by unweathered orange rocks and sharp truncations of vegetated areas.

South portal of the new Tom Lantos Tunnels under Devils Slide, 2013
Devil's Slide is a coastal promontory in California, United States. It lies on the San Mateo County coast between Pacifica andMontara.

Devil's Slide is a name given to a steep, rocky coastal promontory located about midway between Montara and the Linda Mar District of Pacifica. The terrain is characterized by steep, eroded slopes with natural gradients ranging between 30 and 70%. There are small coastal valleys throughout along the major drainages within the Montara Mountain watershed. The soils in these valleys are deep and moderately well drained and have developed along the low terraces and alluvial fans of the stream channels.
The climate of the area is Mediterranean with a strong maritime influence. The temperature range is narrow both seasonally and diurnally, while air moisture is relatively high. Extremely dense northern coastal scrub covers most of the locale, especially over San Pedro Mountain and along the steeper foot slopes of Montara Mountain. Small grassy openings and barren rocky areas are scattered throughout the scrub areas. The inland area holds other types of vegetation including, aquatic and coastal freshwater marshes/seeps, willow riparian scrub, coastal grassland, non-native forest, and pasture/ranch uses/non-native brushland. The endangered species Hickman's potentilla occurs on the slopes above Martini Creek at up to 430 feet (130 m) elevation.

Immediately east of Devil's Slide was a former stretch of California State Route 1, famous for closures and landslides, which also was called "Devil's Slide". Construction of the road began in 1935 and was completed in 1937, replacing the steep, narrow, and winding Pedro Mountain Road. It was known for the landslides and erosion that often occur during winter storms, sometimes making the road impassable. The first major landslide destroyed much of the road in 1940, and a cycle of building and destruction has prevailed since. Seventy-six years after building an extension of Highway 1 at Devils Slide, Caltrans was ready to shut down the landslide-prone coastal road forever and open a pair of state-of-the-art tunnels through a mountainside behind the precarious cliffs.[1] On March 25, 2013, theTom Lantos Tunnels opened within the promontory to provide a safer route through the mountains.

Devil's Slide in 1995
The road was closed on April 2, 2006 at 6:55 p.m. due to cracks in the road, reminiscent of the 1995 failure. Longitudinal cracks along the length of the roadway in both lanes show a slow slippage of the roadbed towards the ocean. The road had already sunk considerably towards the ocean by that time. Extensive work needed to be done to stabilize the slide again, but Caltrans reopened the road during peak hours beginning on August 4, 2006 and reopened it fully in September.

The Devil's Slide was used in a key scene of the 1960 thriller Portrait in Black with Lana Turner and Anthony Quinn. Turner and Quinn portrayed doomed lovers who deliberately pushed a car, containing the body of a murdered man, over the edge of the cliff. The Universalcrew obtained permission from the State of California to stage the scene, which involved retrieving the car from the bottom of the cliff once the scene had been successfully filmed. The San Mateo Times printed a photograph of the filming of this sequence.[2]

An exposed base end station at Devil's Slide.
Devil's Slide was the location of a military triangulation station and observation site used during World War II as part of the harbor defense of San Francisco.[3] Prior to the advent of radar, military personnel would use binoculars and compasses to search for ships at sea and relay their coordinates to a central post. By combining information from multiple observation posts, a ship's precise location could be determined by triangulation. There were six military structures at the Devil's Slide: three concrete and steel observation pill-boxes, two concrete and earth bunkers, and a reinforced steel observation tower. The pill-boxes were used as hardened observation posts, and one of the bunkers was used as a communications and command post. The site was sold to a private owner in 1983, but some of the structures remain.
at February 22, 2016 No comments:
Newer Posts Older Posts Home
Subscribe to: Posts (Atom)