Trained To Snuff For You!!

Play me Please, my name is Karen, how do you do?

Demons all around,
beatings with a leather belt.
S-C-R-E-A-M-I-N-G
You have no authority,
madness is out.

Spirits release the evil in me,
I feel composed.
I will wear what you have done.
Look not once but twice,
realize that I am not nice.

Practiced at the horrors of the night.
Took a razor blade to bed,
you said I was dirty.
Split that dick down the middle.
I was pretty fuckin' little.

Jammed that cock down my throat,
I was four and you were gone.
Learned my lesson,
it was a sin,
I bit down hard,
and drove my teeth in deep.

Was it dreams or nightmares,
hatred brings to boil,
all the rage to drench you in.
My words, my honesty,
it is vengeance that I speak.

As I head towards where you should be,
my mouth bleeds with the words that you do not need.

Get your camera,
find your crew,
I am trained in SNUFF's for you.
Warm the set with whips and chains,
hit the lights,
claim the fame.

Promised from the practiced days,
you remember the things you say.
Out of body, out of mind,
do not worry,
I am fine.

I walk with purpose,
I walk with sin,
I am still waiting from way back then.
Dear Family,
You promised,
that the torture would balance me.

The script for my life,
I threw it out.
What is the next line?
Oh wait now its all mine.

Call Hollywood, call Stanley Kubrick,
EYES WIDE SHUT
is going live.
Do you have a degree?
from
The Temple of Set?

New script for dirty girls life,
thats me,
ADULT CONTENT
required by truth that needs to be told.

Expose the parental force,
from way back when,
till now, they sin.

I raise my sword,
as voice of MAD.
Stand and dual,
for this child is due!!

The toll of indifference,
a price you cannot pay.
Afford your neglect?
For severity will come,
I bet.

Watch the exorcism,
listen to my mind as it screamed at three and four and five more.
Terror resides inside of me.
Death or life?
Slight of hand.

Apologies will not stop me,
DAM.

Treachery is a foot.
It's mine,
and I do stand.

Oh Dear Mother.
Do you see my nightmare,
can you finally hear me?
A little girl,
you left for Deed.

Fuck your EXORCISM!!
You were just a bad decision.
Let us share the nightmare,
now we are working with sad.

My mind still sees,
your exposure and all you need,
narcissistic energy is not me,
I am only a malignancy,
you told me to be.

I am running so quick,
don't be scared I'm about.
I am coming for all of you,
remind me of why you hide,
from all of these lies?

Oh yea!
Because in very real life,
you performed an exorcism at three,
I still remember the scream,
listening?
at June 12, 2011 No comments:
Labels: 1st Single, A Stitch in Time, An Independent Mind, B.D.S.M Require, B.D.S.M., Discovery, Knot Logic, Know Decision, Life, The Secret of the Universe is Choice, Thoughts, Writing

Raised to be a Companion or a Muse for a Man. 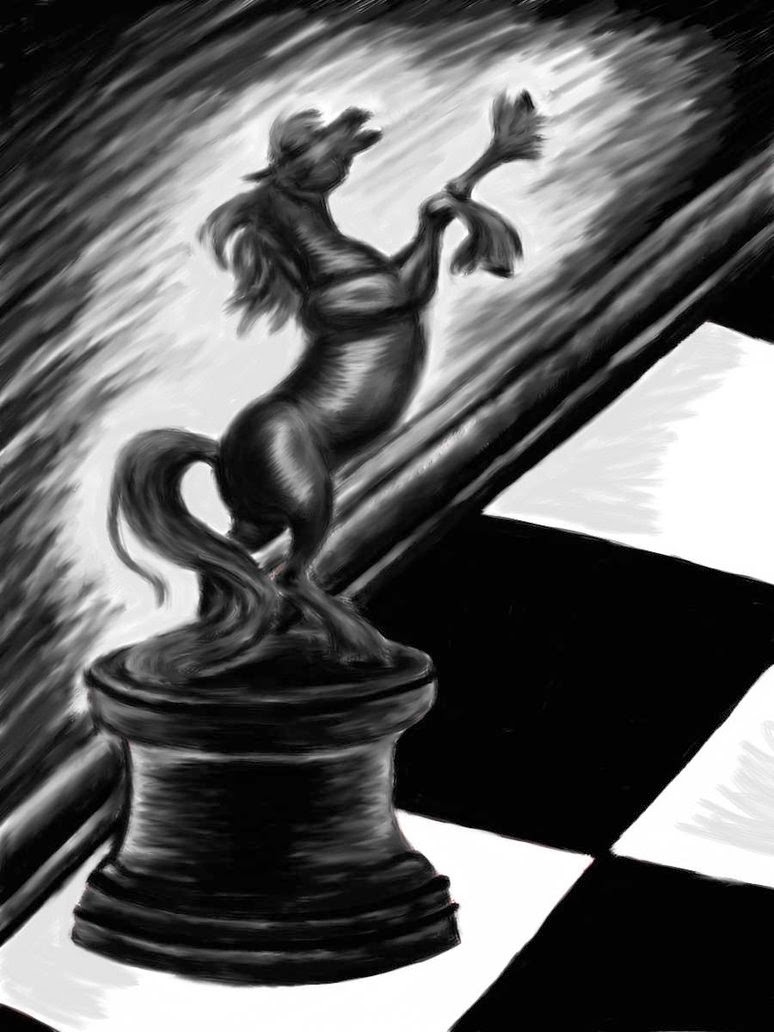 In guise and mystery,
I live, I lie.

While walking tall,
I often fall.

I know my sound,
I know my name.

Brick by brick,
I go the game.

Mortar dries,
while my tears cry.

The skies are dry,
and I am Blue.


My mother had me trained to be a companion or a muse for a man in this world.  She was going to sell me at eighteen years old, that is the reason I took off so quickly when I was young.  I was taught how to run a household by Louisa Minot Mosley.  I was taught how to behave in the company of men.  My mother broke me in when I was young.  I had many experiences that I was unaware that they were wrong until they found God in the household and I was told I was a dirty girl.  I was brought into the BDSM bars with my mother. I was in tow as she had her lessons.  Those men were the ones that educated me on the rights and wrongs of what had already happened in my life.  I actually am very appreciative and would not mind running into a Master or two that believes in the old school ways of BDSM.  I would like to go to Europe because finding anyone like this here seems impossible to do, I was hoping they would know what to do with me as an adult.  My mother made sure that I was also made appropriate for any of the men that wanted to view me in my life.  Some were promised they could have me at 18, others made different bids. All of this was done in secrecy behind the closed doors of what she had now become in life, very wealthy.

I wasn't the only one in the family business.  My older sister had been promised to someone in the church too. When that fell through I was put into her stead.  I wonder if it was passed down to my little sister when I did not fulfill the promise.  Yea, right, she is the golden child, belonging to my step-father and has a mouth on her that makes the grown men run.  My mother has been trying to marry her off for years, but the suitors come to meet her and quickly turn for a quick escape. I guess she did not get the training that I did in my youth.  The beatings and the severe neglect as a child that makes you turn and smile at any man when all he has done is say hello kindly.  One kind word to me makes me shine oddly.  Take me for a milk shake and I love you forever.  Oh course, nobody bothers to investigate into the reason that milk shakes equate to love for me.  I was never loved when I was born, so I don't even know what it is at all.  I thought that it was going for a milk shake, lol.  It might be stupid but I love milk shakes, take me to Bill's Place in the city and find out for yourself, lol.  I know its sad, I made somebody cry the other day and I didn't know why he was sobbing so I asked.  He looked again and could barely speak between the gasps for air, he said, "You have never been loved, have you?"  I looked at him with an odd stare and said, "How on earth do you even know that?"  "My shrink is the only other man that has ever looked at me and asked that very same question. Do I wear these days?"  I said this with all curiosity because this man was a virtual stranger to me.  His response was upsetting, "I am so sorry, I am so sorry."  He kept crying, I just stared, he said, "You can see it on you, I am so sorry for you."  I told him that it was alright, if you really don't know what love is, you really can't miss it.  It doesn't cause me pain like it seems to be causing you. He said, "You won't ever know what your missing, you can't, I am so sorry."  All the crying began again, he ended excusing himself.

I was taught to never say no. It did not matter what the situation was at all, just do not say no or I would be beaten.  Hence, why I have been divorced twice, it takes me a while to get my nerve up to do anything about what I was pushed into originally.  I am older now and wiser, thank goodness for the experiences of life teaching me how to eventually be around all of you all so I can be a better survivor than I have been thus far.  But, such is life, I am very sensitive, I make a good muse and an even better companion.  I am becoming more well-versed in the matters of conduct one should possess in life. By the way, this is all very different than being just a whore, believe or not.  So, maybe I will figure out where to put my resume.  Not that there is a great call for this type of business arrangement.  You would have to be traveling in my mothers circles I suppose, in order to be with or around the correct clientele for the interest that would be peeked at such an opportunity. I think maybe for a person like me, that just attracks the predator it is not such a bad way to go in life.  It is not so bad, its a living and I came from a high station in life, so it can be a really good life.  That is if you are fortunate and a good man picks the contract up.  Now that the Lucky Strike Club in the city is closed I don't know where to contract. If Sidnie Smart was still around she would help me out, she remembered the good old days too.

In a lot of different ways that people in general don't appreciate this type of life style I really do appreciate the old school, it's home to me.  Having things arranged for a person like myself, ends up being safer than what has happened to me.  Here I am in an apartment of a man that wants me to leave after robbing me of all my goods, running me into the ground and now he gets a cheap thrill kicking me to the curb.  He is one of the only people that knows my entire story and as the covert narcissistic man that I finally figured out him to be, he has no guilt or remorse for knowing and saying everyday that I am homeless and need to get out.  If I had been or arrangements had been made for me to be with one of the men that contracts a person like myself.  They would take care to be careful, I am fragile goods but I can be worth a lot money to said person should he decide to pass me on.  That is kindness to me. I doubt a person that paid a contract on my life originally would just kick me to the curb.  So arranged marriages or relationships with men interested in the dark world of BDSM is not so bad.  I would have fared better in the end and maybe with a little odd luck maybe I will still be able to be what I would be good at in this life, a companion for a man.  A man that would like to go into the darkness of a lair and be a master to me in there to me. A place where I can be that feels natural and comfortable much like pre-school may feel to you. It is what my mother raised me to be and taught me to live a BDSM life in this World. Enjoy the reality of my life that never has been and took years to figure out because it began at age on no consent.