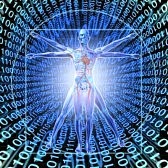 From Wikipedia, the free encyclopedia
To disseminate (from lat. disseminare "scattering seeds"), in the field of communication, means to broadcast a message to the public without direct feedback from the audience.

Dissemination takes on the theory of the traditional view of communication, which involves a sender and receiver. The traditional communication view point is broken down into a sender sending information, and receiver collecting the information processing it and sending information back, like a telephone line.
With dissemination, only half of this communication model theory is applied. The information is sent out and received, but no reply is given. The message carrier sends out information, not to one individual, but many in a broadcasting system. An example of this transmission of information is in fields of advertising, public announcements and speeches. Another way to look at dissemination is that of which it derives from the Latin roots, the scattering of seeds. These seeds are metaphors for voice or words: to spread voice, words, and opinion to an audience.

Dissemination can be powerful when adding rhetoric or other forms of persuasiveness to the speech. According to John Durham Peters, who wrote Communication as Dissemination, "making a public offering is perhaps the most basic of all communicative acts, but once the seeds are cast, their harvest is never assured... The metaphor of dissemination points to the contingency of all words and deeds, their uncertain consequences, and their governance by probabilities rather than certainties." In other words, dissemination of words to multiple people can take on multiple meanings to each individual depending on the experience, the attitude, the knowledge, the race or even thegender of the listener. All of these aspects can distort the message that the sender is disseminating towards the public. Depending on the circumstances, the surroundings and the environment the listener is receiving this message in can also have an effect on the outcome of the meaning of the message received. This interference is also known as "Noise" in the traditional model of communication theory. Noise can distort the original meaning of a message.
Furthermore, John Durham Peters explains that "broadcasting information to an open ended destination is a feature of all speech. The metaphor of dissemination directs our attention to those vast continents of signification that are not directly interactive." Dissemination basically sends information to an audience, without direct contact to the receiver, and without a direct response or clarification method that a conversation or dialogue would have.
In policy development, mainstreaming is seen as going a step further than dissemination, in that it tries to embed change in policy and practice, rather than just publishing information.