Speaking Out Against Abuse! 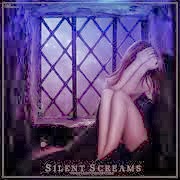 I have read some opinions of others on the Google Blogs about speaking or not speaking of past abuse.  The consensus of everyday people seems to be that we should not speak out about the abuse we have suffered in our lives.  I have been told that I should move on, putting all of the pain down and worrying about a good job, a nice home and building a better life.  It sounds so all American I almost want to go and have a slice of Apple Pie.

I am not certain if the layman is aware of how difficult it is to speak on our own accord.  In many cases, such as my own, it takes us years and quiet a bit of suffering more abuse from our families to finally push us into defending our lives.  This often comes about when we have hit the end of the road and are completely fed up with the treatment that we receive from the abusers.

I experienced being traumatized yet again by my mothers constant barrage into my life.  She would leave 25 to 30 messages on my answering machine in a matter of 3 to 4 hours.  This would go on until I finally would answer the phone.  This would happen at home or at work. If I happened to be a work during one these episodes the calls would come in at the same rate.  In fact my mother respected nothing at all  in my life.  My family would run me down and say that I was "Poor white trash" or call me a "Hick."  I owned my own home in Sacramento, I had a beautiful pool, a lovely car and I paid my bills all by myself. I did all of this just like a normal person would do.

It seems to be an abusers position to continue to abuse regardless of how hard you try to turn and walk the other way in your life.  My mother told me that I was such a good Pagan.  I was a little shocked at her brash words but I had come to accept the insults as everyday communication from her.  The pain that comes from these comments lingers with you as you march on in your life.  You can try to excuse them or you can try to ignore them, no matter what you attempt to do with the rudeness of this or any other human being, it has a tendency to stay with you.  Especially when you are confused about love and how it is shown to you.  I only knew her abusive attention as the love that she showed to me.  So it has taken me years and years to finally come to the decision that I need to stop the abuse because even though it is love to me, it is destroying me at the same time.

I did have a good job. I supported myself and my children.  I will work again, I was just hurt very badly on the job.  In fact my lawyer is working very hard to get me the back pay from the years that the Workers Compensation Company did not pay me.  Had they continued to pay me while I was getting better I would not be in the situation that I am currently.  But, such is life, no one said that it would be easy.

As I fell further down this rabbit hole I found that the events from my past became undeniable.  Each day they began to haunt me more and more.  I am sorry that my family chose to be so cruel to me in the past few years, for they are the reason that I have decided to speak up.  Had they never attacked my life again I would have allowed this all to fall by the way side, as I have always done.  However, a person can only sustain themselves for so long before the dam begins to crumble and then eventually break.  The hammering of my mother and family upon my life must stop. The only way to stop an abuser is by standing and saying in a public venue, "Stop abusing me."  It seems that if you do not do this publicly they, in the collective sense, think they are getting away with all the abuse.  The abuse must end.

Speaking out on a Google Blog is a very difficult and scary thing to do.  This is the beginning and I am very grateful to Google for providing me with a venue to speak my mind freely. To make this extremely big decision in your life is very intimidating at first.  I was always told that I would be killed if I ever spoke out against my family and what they have done.  I believed them, I didn't question what they had told me so long ago.  When I first began to blog, I shook with fear.  I was sure somehow that I would just drop dead at any moment during my blogging.  The fear and the horror of this reality is felt throughout my body.  It is almost as if my very cell structure has been immersed in their words and threats.  All of what has happened to me in my life, is soaked into me that way.  My step-father beat it into me so that I would never forget and I have not ever forgotten.  Abusers don't stop when you are 18 years old.  Abusers never stop at all.  So for all the layman that believe we can just heal and move forward, that is a beautiful thought and/or statement.  Sadly, many of us have done that with our lives and as we were going along we were attacked again by the same abusers. Nothing stops a Narcissist, a Malignant Narcissist or better known in the medical field a Sociopath from continuing what they want to do.  They will do anything and everything to keep you from being at peace in your life.  This is a well-known fact.

The other statement provided to me by my step-father in my adult life was, "Nobody will believe you!"  I think that this is the biggest fear that we, as the adult children of these abusers seem to face.  When the decision is made to finally speak on what has happened to us, this simple statement that my step-father made such a point to ram down my throat has been considered.  I know for myself that I never questioned people believing me or not, contrary to what my step-father had ever said.  All anyone would have to do in my case is to go and meet my family.  In fact I am often told that my mother will never change.  I do know this to be a fact.  This is why I am not going to step-aside or put down the past for a future that will never happen as long as these monsters continue to do as the please, when they please in my life.  I have always felt that if and when I ever decided to speak-out against my mother and it came down to believability of one or the other one of us, that the issue only lies in the laps of the people that just judge and do not take the time to go and meet her in person or investigate the members of her congregation.  I know that two of the Church Members were going to appear on the Montel Williams show about Cults.  So I know that it would not take much of an investigation on any one persons part to realize that there is trouble in this family.   My story is not known and so my blogging is just a simple way to express myself.  So whether one would believe me or not, it would never be an issue for me because I do not plan to go to court and press charges for all that I have suffered.

I enjoy a community on this Google Blog that supports one another and is part of the plight on standing against abuse.  This community supports one another without having to say, "Prove it."  Those words seem to spill from the mouths of the idiots and ignoramus in the World.  I don't have to prove that my best friend committed suicide.  He did.  It is a fact.  He could no longer stand the growing fear inside him as it began to afflict him more and more each day.  That is something that I can relate with very strongly.  Stop the abuse!  It is unkind and cruel to do in the first place, let alone continue to do to you as an adult, it is torture to hold yourself above these daily attacks.  Stop the abuse!

If we do not stand and promote healthy lifestyles for ourselves, who will?  Who will stand and stop these people from the continued abuse on our lives.  Narcissists, Malignant Narcissists, Sociopaths and Enablers  don't stop on their own accord.  Learning to stand against what Society believes we should do is difficult enough, but when we are faced with the continued slaughter of our lives behind the backs of the very people that believe we should turn the other cheek, it becomes insurmountable.  I know that as each of our stories are told by us, the pressure to stop speaking out on abuse becomes greater for each and everyone of us that stands against the norm.  The best pay back, as it is so eloquently said by many people, is not to keep going and becoming successful.  I did that in my life and I never felt peace from doing what Society said that I should do, just move on.  I know that the best pay back is to know that there is nothing owed by me and that there is no one to pay back at all.  I know that the best decision for my life is to stand up and say, "Stop the Abuse!"  I cannot do that in silence. I can only do that with an audible voice and the strength that comes from within myself to stand against evil regardless of the cost.