President Obama Ordered The United States To Fly All Flags In Washington, D.C. At Half Staff Is Your Response ii or aye.aye or II or eye.eye Or Just Plain Hay??? 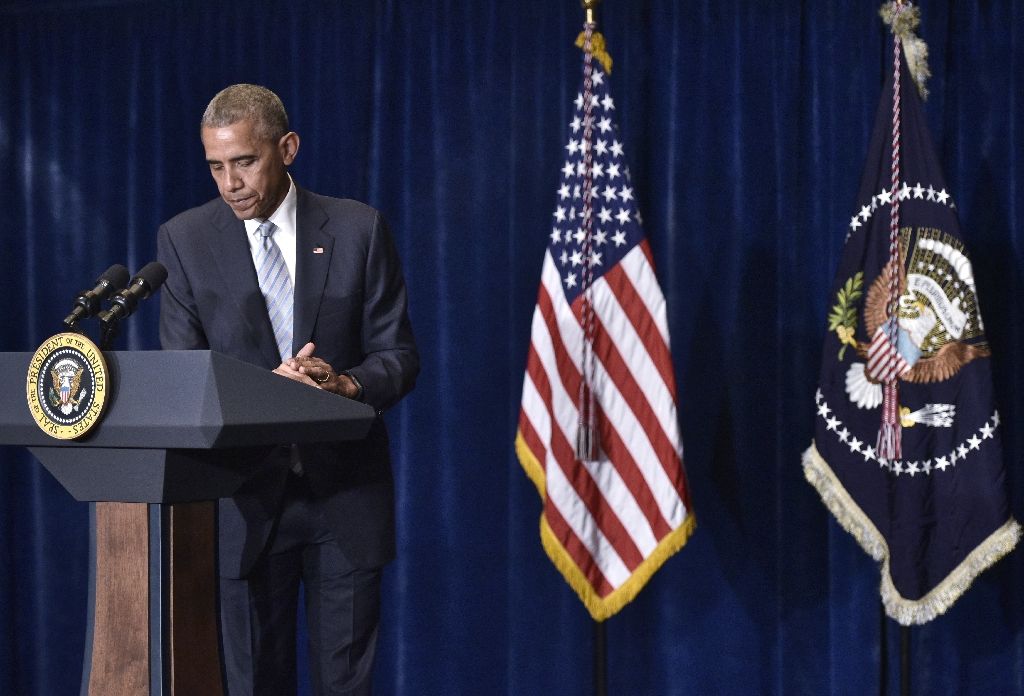 Recognizing the American Flag not showing the Flag of the E.U.,
therefore what is on the left side of President Obama??

Tony said that if we had only stopped them in Poland that World War II would not have happened,
this is a picture in Poland and our President of The United States of America is in Stand,
is this country on a Terms??

BY THE PRESIDENT OF THE UNITED STATES OF AMERICA A PROCLAMATION
As a mark of respect for the victims of the attack on police officers perpetrated on Thursday, July 7, 2016, in Dallas, Texas, by the authority vested in me as President of the United States by the Constitution and the laws of the United States of America, I hereby order that the flag of the United States shall be flown at half-staff at the White House and upon all public buildings and grounds, at all military posts and naval stations, and on all naval vessels of the Federal Government in the District of Columbia and throughout the United States and its Territories and possessions until sunset, July 12, 2016. I also direct that the flag shall be flown at half-staff for the same length of time at all United States embassies, legations, consular offices, and other facilities abroad, including all military facilities and naval vessels and stations.
IN WITNESS WHEREOF, I have hereunto set my hand this eighth day of July, in the year of our Lord two thousand sixteen, and of the Independence of the United States of America the two hundred and forty-first.
BARACK OBAMA For Immediate Release!!!
does this pleasure the American People as the History!!!!!

Explain.Neigh.Shin or Exclamation at Point Blank??

https://en.wikipedia.org/.../German_camps_in_occupied_Poland_during_W...
Wikipedia
Jump to Concentration camps - At the beginning of war, the new Stutthof concentration camp ... between camp categories in Poland except for the level of ...

https://www.ushmm.org/wlc/.../article.php?...
United States Holocaust Memorial Museum
Polish Refugees in Iran during World War II ... were forcibly removed from their homes and deported in cattle cars to labor camps in Siberia and Kazakhstan.

www.wsj.com/.../no-polish-concentration-camps-in-world-war...
The Wall Street Journal
Nov 18, 2015 - “There were no Polish concentration camps in World War II. Auschwitz and other such camps in Polish territory were operated by German Nazis ...